First Time For Everything: Sex In A Haunted House

Let me be clear: this house wasn’t in any way meant to be spooky. Nor was it Halloween. Even worse, my host didn’t forewarn me that there might be anything even vaguely strange about his place. The only thing he did mention, while unzipping my skirt, was that he was planning to put in an outdoor jacuzzi, just to enhance the whole ’70s swinger vibe he was going for.

I was in the middle of a “fuck tour” of Manhattan: a long weekend that literally started with an orgy at my friend’s place and continued as I met up with other people. My friend, being a fixture in the NYC sex scene for years, had a very extensive contact list of people who were willing to help the new girl get as many notches on her bedpost as possible. After a sex-starved stint working as a temp in a stuffy office, I was ready to let loose. The boy who I later discovered had a haunted house, went by the self-appointed name “Byron,” and that was the only name I knew him by. He was tall and skinny with a British accent. That was  enough for me to want to spend some more private time with him.

Byron had a nice apartment, full of warm golden light and a well-stocked bar, which I drank only one glass of wine from, refusing a second. Half of the frisson of these casual encounters was the tiny lick of fear at the base of my spine that came from a lifetime of stranger-danger stories, and as a precaution, I always tried to remain as alert as possible. Little did I know, I was scared of the wrong thing. 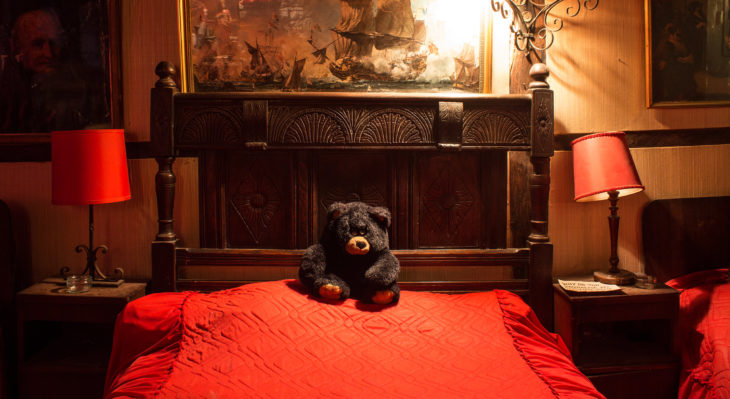 The sad thing about what happened in the middle of that horrifying night is that it entirely erased the memory of the sex that came before it. Whatever Byron did must have been good, though, because I remember leaving a wet patch on the comforter—a first in my sex life. Long after midnight, I decided to take Byron up on his offer to sleep in his bed with him until morning, instead of my usual strategy of going back to my hostel as quickly as possible. I was soon to regret this decision.

At some point during the night, I heard a murmuring in my ear. Sleep had been difficult for me for a number of years at this point, so I was very used to the hypnagogic before-sleep state where I’d hear little snippets of sounds-that-weren’t-there. At the time, I was also sure I was dreaming because this voice sounded nothing like Byron’s (not even the hint of a British accent), though it seemed to be hinting towards various intimate things it wanted to do to me. I distinctly remember saying “Noooo,” to the voice and being annoyed at the fact that it wouldn’t shut up and let me sleep.

“Like this?” The voice was stern, at full volume now, spoken directly into my ear. I was lying on my belly. A cold hand grasped my ankle and bent my leg back, pulling it so far that my heel touched my ass.

My response to this was to scream bloody murder directly into the pillow: “BYRON, TURN THE LIGHTS ON RIGHT NOW!”

To my utter shock, Byron, drowsy and docile, stumbled out of bed and followed my orders. With the lights on, I blinked at the naked British man standing across the room from me, who I had clearly just awoken from a deep sleep.

After some mutual blinking, it dawned on me that he was as confused about what had happened as I was. I finally managed to sputter out questions about whether he had heard anything, or done anything to me just now, and received equally confused replies. He had no more idea what had happened than I did. 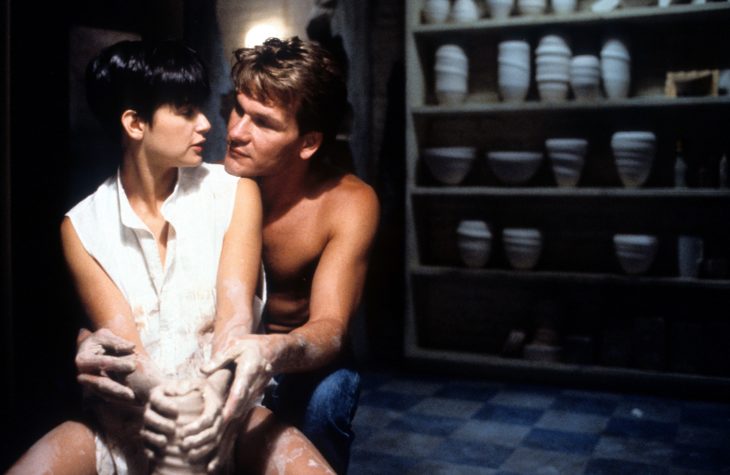 It’s possible, of course, that Byron was lying, and had actually been muzzily groping me, sleep-talking in a different voice than his own, but that seemed unlikely. He was projecting the deep disorientation of someone who had just been woken up, and as my terror faded I realized what this might look like from his perspective: I was the booty call that had woken him up in the middle of the night screaming like a banshee, and when asked why could only babble about ghost hands spreading my legs.

I  was so embarrassed that I let him turn off the lights back almost immediately, though I’d have preferred otherwise. Oddly, the terror faded and I fell asleep right away. Even odder, Byron accompanied me back to the metro in the morning and even rode part of the way with me, as we were both going the same direction for a while. He talked easily, as if nothing happened the night before.

I’ve since gone on to learn more about the tricks that a sleeping mind can play on itself, and have heard other strange sounds in my adventures with insomnia (imagined airplane engines happen regularly). But I’ve never, in the years since then, ever felt anything touch me. I’m convinced it had to be a ghost.

Your Friskyscopes For The Week Of September 9-15

The Soapbox: In Praise Of Premarital Sex