The Soapbox: Why Macklemore’s Costume Matters

Last Friday, Macklemore and Ryan Lewis performed a surprise music concert at the Experience Music Project Museum in Seattle. Awesome, right? Only, because it was a surprise, Macklemore wanted to go a bit incognito and donned a costume. But the costume was anything but awesome. To me, and many others, the costume looked like a negative stereotype of a Jewish man.

For his part, Macklemore denies that he purposefully intended to mock Jewish people with his costume. Late yesterday, he took to Tumblr to issue an apology.

“My intention was to dress up and surprise the people at the show with a random costume and nothing more. Thus, it was surprising and disappointing that the images of a disguise were sensationalized leading to the immediate assertion that my costume was anti-Semetic. I acknowledge how the costume could, within a context of stereotyping, be ascribed to a Jewish caricature. I am here to say that it was absolutely not my intention, and unfortunately at the time I did not foresee the costume to be viewed in such regard. […] I truly apologize to anybody that I may have offended.”

I actually believe Macklemore wasn’t malicious in his intent. But his complete obliviousness is part of the problem. His costume — to me, a first generation American Jew — screams Jewish stereotype. Growing up, I’ve seen that stereotype all too often. Maybe that’s why I zeroed in on the resemblance with Macklemore’s costume. There’s something about the long, hooked nose and dark hair that just calls out “Jewish miser” to me — the incredibly offensive and racist stereotype that connects Jews with being greedy, nebbishy, moneygrabbers. It also doesn’t help that his fake nose in question is labeled “Fagin,” as in “Fagin the Jew” from Oliver Twist.

Despite public claims to the contrary, we are not a “post-racial,” country and that includes anti-semitism. I understand that not everybody has had much exposure to Jewish people and the history of discrimination against them, but that’s no excuse. Educate yourself. Understand history. Incidences like Macklemore’s has me repeating the idiom, “Those who forget history are doomed to repeat it.”

I’m not here to play the Oppression Olympics, but I would like to share a few anecdotes about my own experiences as a Jewish woman, so you  — especially those who really don’t see anything wrong in what Macklemore did — get a better feel for where I’m coming from. I’m a grandchild of Holocaust survivors. My grandmother and her family lived in underground bunkers in the middle of Polish woods in order to escape Nazi persecution — the same Nazis that put out propaganda which eerily echoes Macklemore’s costume. My grandfather wasn’t as “fortunate.” He and his family were separated and he spent his teen years in various concentration camps, experiencing untold horrors. As a child I remember tracing the tattoo on his arm, wondering why he had a random set of numbers permanently inked there. 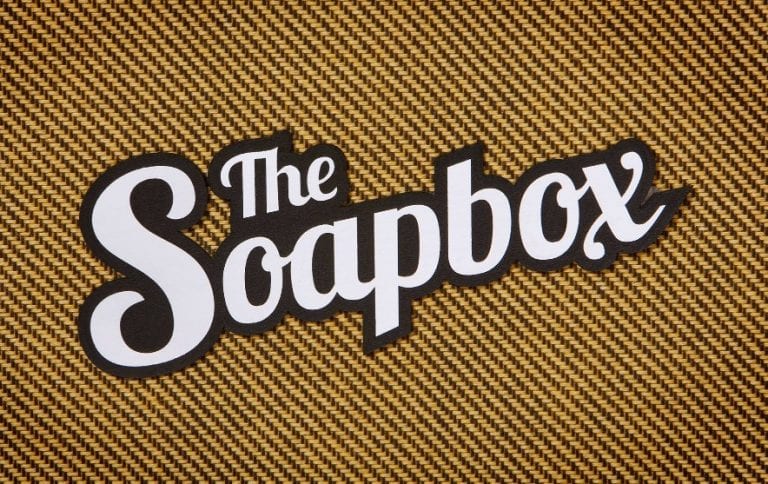 When I was a teenager attending high school in a middle-upper class Connecticut suburb, I had one girl pull me aside once to let me know that I was actually pretty cool “for a Jew.” That seemed to surprise her. I also worked at a small farm market in that same town for my last few years of high school. My boss had no problem calling the cash register a “Jewish piano” right to my face. In college, my boyfriend and I spent a few weeks in Italy. We made our way to a village where people looked at us strangely and actually asked us where our horns were. And these are just a few of the stand-out incidents.

Some might call these microaggressions, and truth be told, on a daily basis I do not get treated any differently for being Jewish because it’s not always a visible identity. That doesn’t make these transgressions any less real or harmful. And when somebody like Macklemore dons a costume that is called out for being anti-Semitic, all I’m asking is for him — and those who doubt the outrage — to step back and see where folks are coming from. There’s a history here that may not be as obvious and upfront to everyone.

We may think we’re beyond things like racism and anti-Semitism, but reality tells a different story. It would be awesome for Macklemore ‚ an artists who prides himself on his infusion of social justice in his music — to use this as an educational moment, and dig into why some people took offense to his costume. What doesn’t help is shutting people down, telling them they’re seeing offense where none is meant, and stymying any chance of true dialogue or hopes for change.

When does Solange’s new album come out? ‘A Seat at the Table’ drops soon