In case you hadn’t noticed, it’s autumn. And there’s no time better to load up the car with beef jerky and Red Bull, and take on the American highway system with your best friend. That’s right. It’s ROAD TRIP TIME! But we here at The Frisky didn’t want you to take any old road trip. So we’re sending you to the destinations embedded in your memory since your first slumber party: this will be the official Chick Flick Road Trip. Ten movies, fifteen states, and approximately 4,193 miles of iconic scenery that will make you proud to own a vagina. And not just because you can get out of speeding tickets.

1. It all starts with a danish and coffee outside Tiffany & Co. (727 5th Ave, New York, NY) a la Holly Golightly in “Breakfast at Tiffany’s.” Every slightly eccentric girl relates to Audrey Hepburn‘s character and spent her pre-teen years fantasizing about a glamorous New York lifestyle with pearls, male prostitutes, and “Moon River” guitar jam sessions on the fire escape. [Movie Locations] 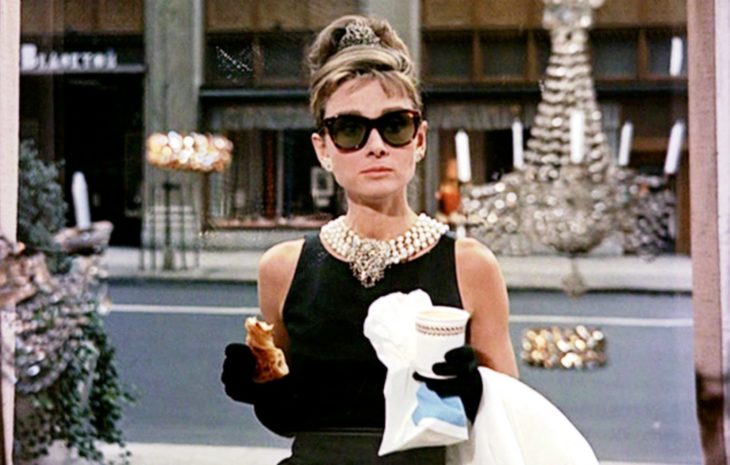 2. For lunch, drive south to the Lower East Side to Katz’s Deli (205 E. Houston St., New York, NY) cause you and your bestie are going to “have what she’s having” and see who’s got the cojones to fake an orgasm over matzo ball soup and pastrami on rye! It’ll be hard to beat Meg Ryan, but think of it as an embarrassing homage to every anti-romantic’s Achilles heel, “When Harry Met Sally.” You might have to wait for the exact table—it’s the one with a plaque dedicated to the scene. [Movie Location Guide]

3. Back on the road, head south to Charleston, South Carolina. Now lay down in the middle of King Street in the middle of the night and watch the traffic lights change from green to yellow to red. Ryan Gosling probably won’t show up, but there’s no harm in pretending you’re living in “The Notebook”—at least until that mack truck comes chugging down the street. Once you’re released from the hospital, you can go out on a boat in Cypress Gardens (3030 Cypress Gardens Rd, Moncks Corner, SC) but don’t expect any swans, cause those were actually imported for the movie. The native animals are alligators. [Sciway] 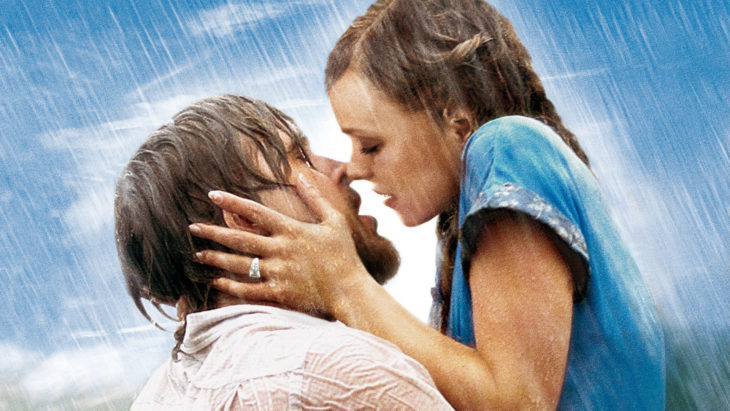 4. Keep heading south to Sanford, Florida which was supposed to be Madison, PA in the movie “My Girl.” Go into the forest and shake up some bee hives. What, it’s not like it’s going to happen twice! Plus, wasn’t Macaulay Culkin allergic? If anything does go horribly wrong, you can go to Anna Chlumsky’s house, otherwise known as the Sultenfuss Funeral Parlor (555 Sanford Street, Sanford, FL). Watch out for the Florida bayous, you don’t want to get roped into some “Wild Things” type fantasy … that’s the opposite of a chick flick fo sho.

5. Heading west, you’re probably running low on supplies (re: Sun Chips and Blu Blockers) so why not stop in at the Wal-Mart in Lockhart, Texas (1703 S Colorado St, Lockhart‎) where Natalie Portman gave birth in the movie “Where the Heart Is”? [IMDB] 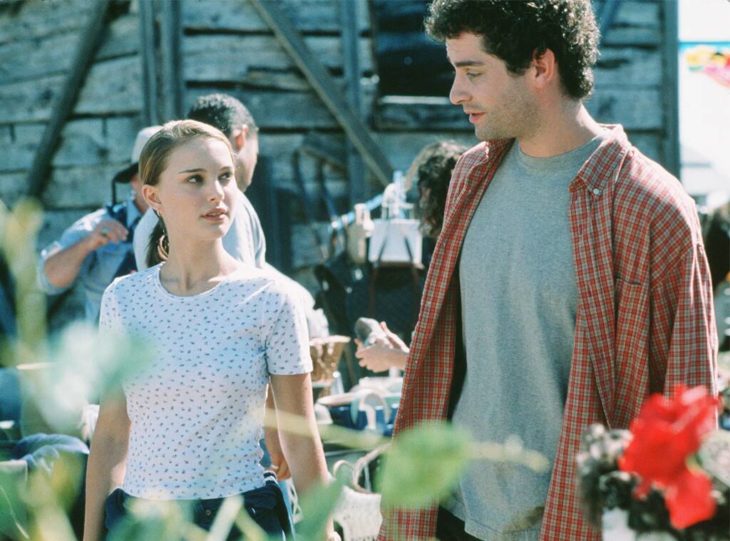 6. While you’re driving through the desert, pick up a hot hitchhiker. With any luck, he’ll look like a young Brad Pitt. Now, I want you to drive off the cliff of the gorge in Dead Horse Point State Park (Monticello, Utah) … just like “Thelma and Louise.” Basically, Susan Sarandon and Geena Davis totally encapsulate the feminist road trip. But here’s the tricky part— don’t die. It’s less of an issue if bootleg Brad falls out cause he was messing up the sisterly dynamic anyway. [Movie Locations]

7. After making it across the country, you deserve a really nice hotel like the Beaux Arts-era Regent Beverly Wilshire (9500 Wilshire Boulevard, Los Angeles, CA) where a certain “Pretty Woman” got her golden ticket outta whoreville. In the morning, you can wander into the shops of Rodeo Drive so the bitchy store-clerks can scoff at you. [Movie Locations] 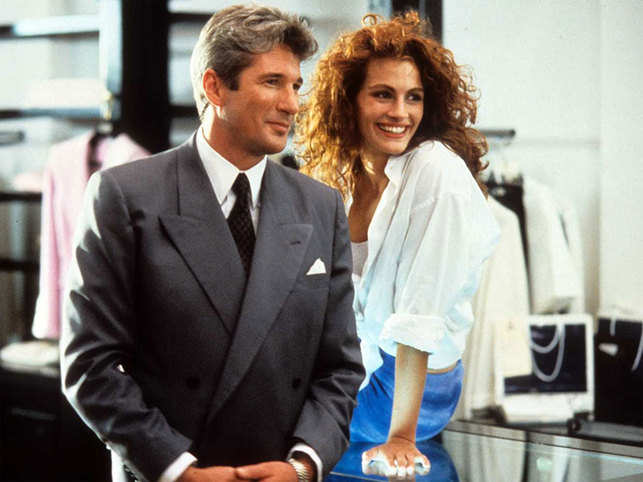 8. Now to actually get down to shopping, head to the Westside Pavilion (10800 Pico Boulevard, West Los Angeles) where Cher Horowitz got her Contempo Casuals on. And if you want to get the full “Clueless” experience, put on your brand new clothes and hang out outside of Circus Liquor (5600 Vineland Avenue, North Hollywood) to see if someone will mug you. If you’re super lucky, Paul Rudd will come save you! [IMDB]

9. Your road trip needs an appropriately epic ending, so go to Crystal Cove State Park (8471 N Coast Hwy, Laguna Beach, CA‎) with a boom box and some Bette Midler and put the Grammy winning “Wind Beneath My Wings” on blast. If this doesn’t make you and your estrogen-enabled companion sob, then you’re both broken. “Beaches” is one of the most intense chick flicks ever cause it spans a lifetime of friendship and is so painfully sincere. [IMDB] 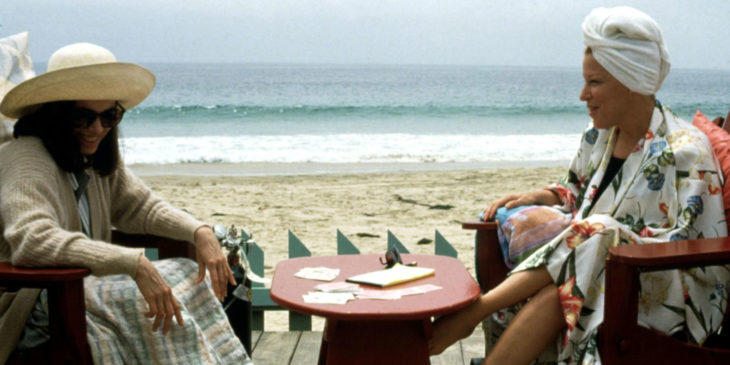 10. Bonus stop: Just cause you haven’t been working “Nine to Five” all week doesn’t mean you don’t totally deserve some funnel cake. Yeah, so approximately no scenes from the movie were filmed outside of California but since Dolly Parton, Lily Tomlin, and Jane Fonda totally kick their boss’s butt, it would be anti-climactic to lurk around boring office buildings, I figure it’s way more fun to celebrate at Dollywood (1020 Dollywood Ln, Pigeon Forge, TN). Confusingly enough, the park’s open from nine to eight in July. [Dollywood]

Girl Talk: How Do You Know, Really Know, You Want To Have Children?