The unfortunate, wonderful real-life story behind Peter Dinklage’s My Dinner With Hervé

Sacha Gervasi was a journalist in London in 1993. During those days he was tasked with a very unusual, yet significant interview with Villechaize. Hervé Villanchaize was a French actor who was best known for his portrayal of an evil criminal Nick Nack in 1974’s The Man with the Golden Gun. After that, he got the role of Tatto, a sidekick character in the TV series Fantasy Island, but he got kicked out of the show after he pleaded to receive the same amount of money as his co-star, Ricardo Montalbán. That ruined his career, and he made some insignificant debut in some commercials and sporadic role in Geraldo. Sacha Gervasi was supposed to write a whole article about it in “Where Are They Now?” style. 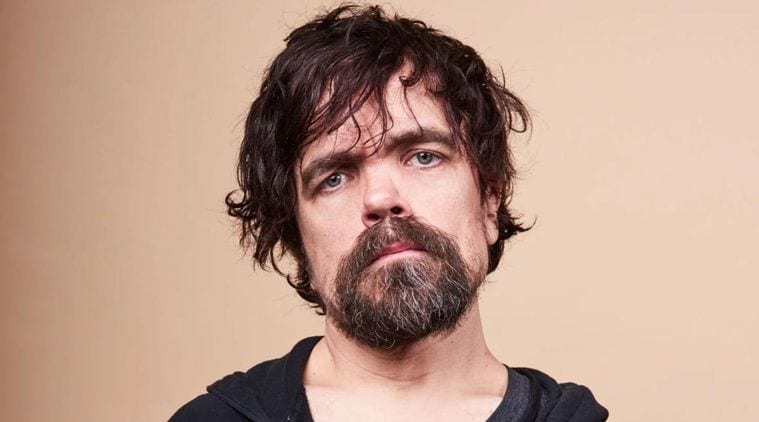 Gervasi didn’t think a lot of the assignment he was tasked with.

Gervasi went to Los Angeles to meet with Villechaize, and he thought that would be over soon. They met in a restaurant in West Hollywood, and Gervasi quickly went through his interview with Villechaize. But as he was packing, Villechaize did something extraordinary.

“I had seen some rapid movement [out of the corner of my eye,” r

ecalled Gervasi during a conversation about My Dinner with Hervé, a moving homage to his misinterpreted interviewer, starring Peter Dinklage as Villechaize and Jamie Dornan as Gervasi. Gervasi directed the movie, and My Dinner with Hervé which hit the theaters on October 20, just 25 years after Gervasi was in a big hurry to finish his interview.

When Gervasi was about to leave,

“Hervé was standing there pointing a lock knife at my throat. He said, ‘Listen, you’ve written the story before you got here. You just wanted Tattoo stories and Man with the Golden Gun stories. So I’ve told you all the bullshit. Do you want to hear the real story of my life?’”

Gervasi recalled on his thoughts about that situation he was found in: “There was something about the look in his eye which was so intriguing and compelling and strange. When he pulled the knife, obviously it was a sort of coup de théâtre—about getting my attention. It was about puncturing this sort of bubble of judgment that I had walked in with. . . . To suddenly be presented with this living and breathing human being who was just fully aware of his being stereotyped by the press as a punch line was quite something.” 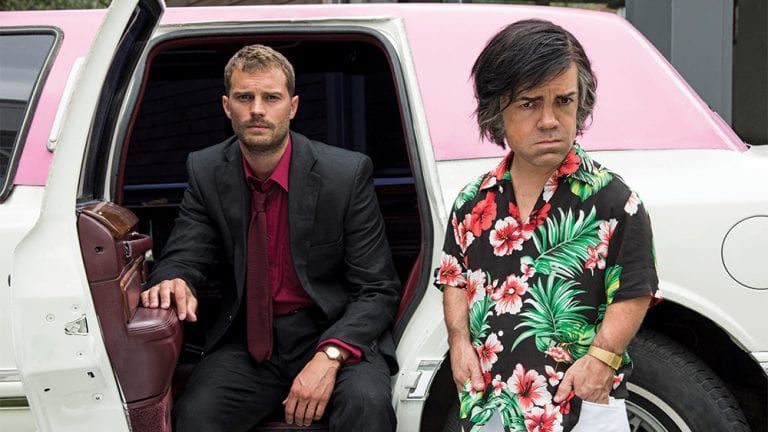 Captivated by that moment, Gervasi had three more meeting with the actor during his stay, and that is when he learned the details of his misfortunate life. When his father, a doctor in Paris, realized that Villechaize had a condition called proportionate dwarfism, he went to medical clinics in Minnesota, England, and Germany with him in order to cure his son. When he was just a child, Villechaize suffered unusual and cruel medical therapy, such as sheep’s marrow injections into his spine. But nothing helped. He stayed the same, not becoming taller than 3-foot-10, and during his childhood, he was tortured viciously.

“There was an almost medieval intolerance for people who were different at that time,” said Gervasi of Villechaize’s growing up in 1950s France. “His brother, Patrick, told me that [Hervé] would walk down the street and just be kicked in the head for being different.” Villechaize became a painter, and his career as a painter looked very bright as he was the youngest artist to have his work presented in the Museum of Paris, but upon his father’s requests, he changed the direction in which his life was going.

“His father said, ‘Go where the freaks go. Go to New York,’” declared Gervasi. “So he was sent there and became a part of that burgeoning avant-garde sort of Greenwich Village theater culture. He became a character. He would wear a poncho and smoke cigarillos—and based his new persona on the Man with No Name, having learned English watching Steve McQueen and Clint Eastwood and John Wayne on TV. As he was telling me this story, I was thinking. ‘My god, there’s so much more to him than this punch line of [his Fantasy Island character’s tag line] ‘Da plane! Da plane!’ . . . He is a tremendously complex, contradictory, brave, crazy, hilarious, wonderful, dangerous person. He was the most original person I think I’d ever met, so I promised him that I would one day tell his story.” 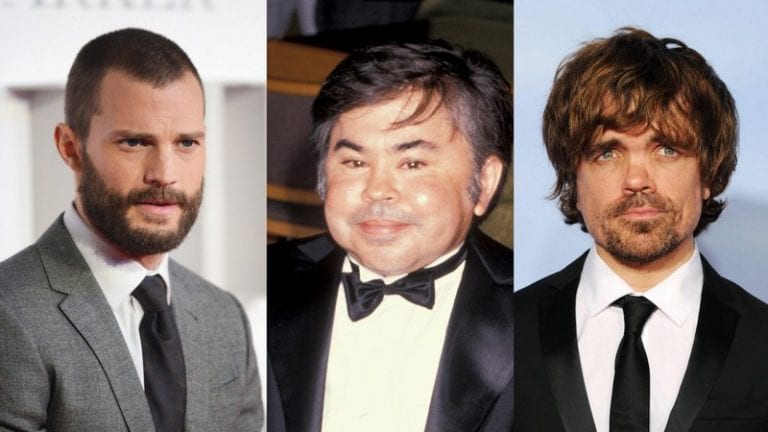 “It was Kathy Self, who was’s real-life girlfriend. She called to say that Hervé had committed suicide just a few hours before,”

“I spontaneously got incredibly emotional. I started listening back to the tapes and I realized that he knew he was going to do it. For some random reason, he just grabbed onto whatever journalist passed by and poured his guts out to me in literally the final week of his life. He’d entrusted me with his story and, in effect, I was his suicide note.”

The word he gave to Villechaize, Gervasi meant it, and he made a true homage through his piece, where he shared the complexity of Villechaize character, who was rejected as a human being, and whom Hollywood saw only as a punch line or a sight gag. After that piece, Gervasi wrote down a 34-page scenario about his dinner with Hervé.

Gervasi shared what production heads said about the piece when he presented it to them. “One particular studio said, ‘Look, I want to save you a lot of time: you could not come up with a more uncommercial concept. The suicidal-dwarf movie with elaborate sort of time jumps. It’s never gonna happen. There is nothing that will ever justify the money to make this the way you want to make it.’” However, after attending U.C.L.A. film school, Steven Spielberg hired him to write The Terminal, after seeing the Villechaize scenario.

While watching Peter Dinklage in The Station Agent, and his theatrical appearance on Richard III, he was more than determined to make Peter Dinklage portray the late French actor. “Peter was the only actor who could play the part of Hervé.” He offered it to Peter 15 years ago, and Peter was thrilled to star in My Dinner with Hervé. A couple of years ago, they were just about to lose hope of their project ever coming to light, when Peter was cast in the HBO’s Game of Thrones, and that popularity was just what they needed, and HBO gave them the thumbs up for the production of the movie. 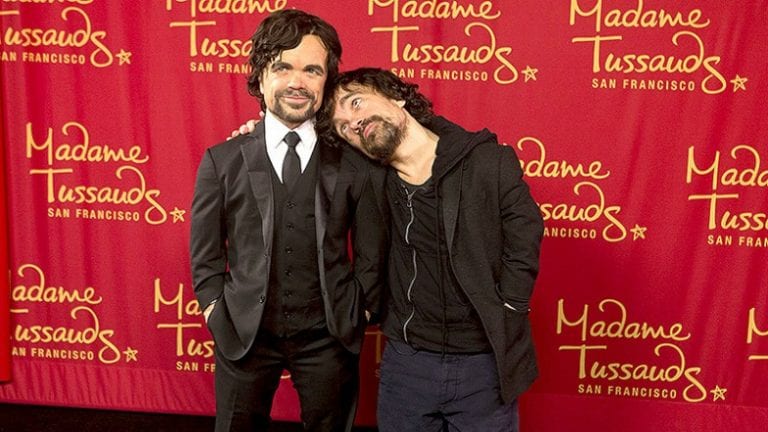 Gervasi wanted to shoot the final scene in the Universal Sheraton hotel in which Gervasi held his last interview with Villechaize.

“You can imagine how surreal it was to be sitting on the steps in the actual place where the meeting with Hervé had happened,” shared Gervasi.

“I’m looking at my two actors, one portraying a version of me and Peter Dinklage playing Hervé, exactly where it happened.” The movie wasn’t made exactly as things happened in real life, they were a little altered for the purposes of dramatization, for example, Dinklage and Dornan’s character spent only one evening together, where in real life Gervasi and Villechaize had several meetings. But, as Gervasi explained, the last half of hour of the movie match the real-life events – all with the goodbye moment Gervasi and Villechaize shared.

“He tugged at my sleeve and he pulled me down so that our faces were side by side,” remembered Gervasi. “He looked me in the eye. He had such pain and defiance with tears in his eyes and he said, ‘Tell them, I regret nothing.’”

And that is exactly what Gervasi wanted to transmit in the movie.

“I was trying to honor the meeting I had had with him, and how we all kind of walk into a situation with a certain kind of judgment,” shared Gervasi.

“But once you peel all the layers away, you get to a bit more of what the real truth is underneath. Finally, I feel like I’ve dispatched my sort of duty to that promise, and I’ve told the story the way it was meant to be told.”

Prince Harry placed his hand on Meghan Markle’s thigh during their royal tour, and its adorable

Things you didn’t know about the Game of...

Here Are The (Un)Official Lyrics To The “Game...

Peter Dinklage Maybe Spit His Gum Into His...