The way Meghan and Harry announced the birth of their first son is surprising for many – What is different compared to other small royals?

On Monday, the Duke and Duchess of Sussex, Prince Harry and Meghan Markle became parents for the first time. Meghan gave birth to a little boy and we congratulate them. But even though this happy event attracted a lot of attention, Harry and Meghan did not want to publish this in a special way, but they did it through formal notification at Buckingham Palace as well as on social networks.

Still, some things have attracted our attention. These are some details that fans may haven’t noticed. We compared this announcement with those when the children of Kate Middleton and Prince William were born. And we must immediately tell you, there are differences. Read the following text to find out all this information.

The official announcement was set in front of the Buckingham Palace 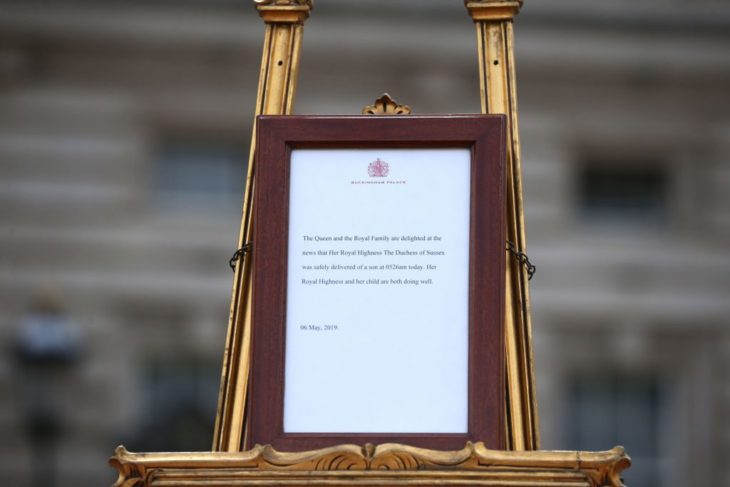 The standard procedure is that all citizens are informed about the birth of new royals by the announcement on a golden decorated stand that is in Buckingham Palace. In the proclamation, it was written:

In addition, the Duke and the Duchess of Sussex took the opportunity to share this happy news with the fans and the public on the official Instagram account, as well as other social networks.

The proclamation doesn’t contain any details such as ones for Prince George, Prince Louis or Princess Charlotte

If you remember the announcements that were publicly displayed in front of the palace when the children of the second royal couple, Kate and William, were born, they contained some additional details, such as the names of doctors who were present during the birth.

For example, Dr. Guy Thorpe-Beeston was present at the birth of each of the three royal children, while Dr. Alan Farthing was listed when the royal family had welcomed Princess Charlotte and Prince Louis. Unlike them, Meghan and Harry did not specify this information which we had the opportunity to read earlier. This may be a sign that Meghan Markle gave life to the baby Sussex at Frogmore Cottage.

We are pleased to announce that Their Royal Highnesses The Duke and Duchess of Sussex welcomed their firstborn child in the early morning on May 6th, 2019. Their Royal Highnesses’ son weighs 7lbs. 3oz. The Duchess and baby are both healthy and well, and the couple thank members of the public for their shared excitement and support during this very special time in their lives. More details will be shared in the forthcoming days.

So, we said that the Duke and the Duchess informed fans about the addition in all social networks. However, the announcement on the official Instagram account was extended with the following notification:

“The Duchess and baby are both healthy and well, and the couple thank the members of the public for their shared excitement and support during this very special time in their lives.” 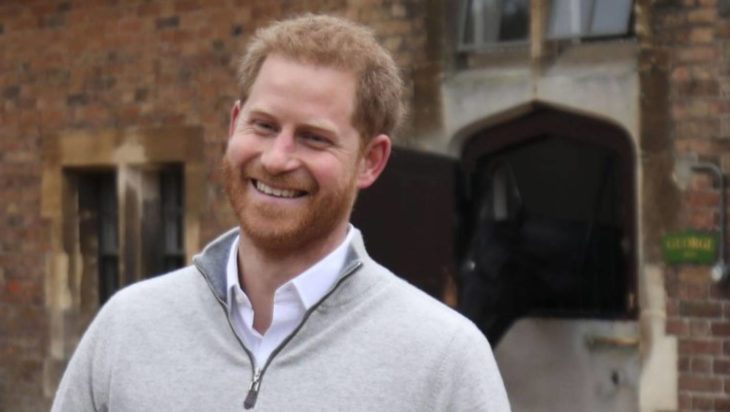 The proud daddy held a speech for the media and was apparently excited and happy for the birth of baby Sussex. In his statement, he said:

“I’m very excited to announce that Meghan and myself had a baby boy early this morning, a very healthy boy. Mother and baby are doing incredibly well. It’s been the most amazing experience I can ever possibly imagine.

“How any woman does what she does is beyond comprehension, but we are both absolutely thrilled and so grateful for all love and support from everybody out there. It’s been amazing so we just wanted to share this with everybody.

“I’m so incredibly proud of my wife. As every father and parent will ever say, you know, your baby is absolutely amazing, but this little thing is absolutely to-die-for, so I’m just over the moon.”

How to Determine If Your Jewelry Is Real or Fake

What Are The Best Classified Ads Websites In The UK