The Weirdest Time We Ever Pooped

Poop happens. To everyone. Even girls! I know, it’s like I just broke the magical fantasy seal you had about girl butts, but it’s true! We poop. And sometimes? It doesn’t go so well. The following stories are about such times. Please share your embarrassing poop stories in the comments!

The Plastic Bag: “I was staying at a friend’s house and she told me her toilet wasn’t working. She went out to run some errands or something and I forgot and took a shit. I remembered right before I was about to flush and had to get a plastic bag and fish my shit out and dump it in the dumpster behind her house like a homeless person.” 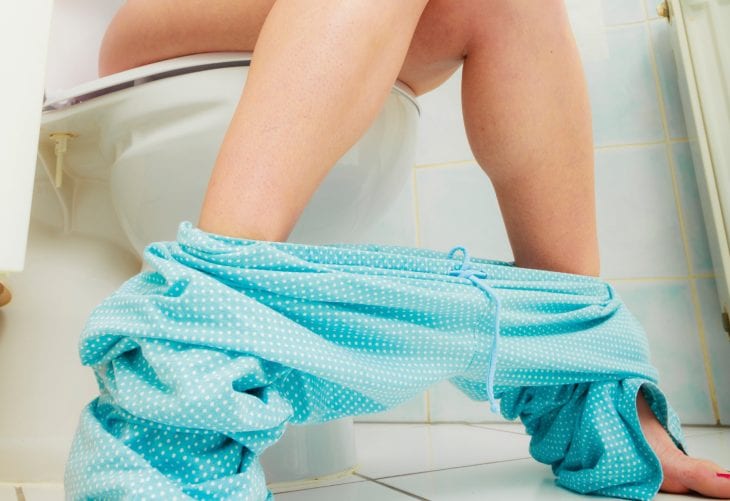 The Tubcident: “When I was growing up my family only had one bathroom so there was always a line or someone banging on the door. Once I had to pee SO BAD but my brother was already in there so I begged him to let me in so I could squat and pee in the tub. If it wasn’t weird enough already that my brother was on the toilet while I was peeing next to him in the tub, as I emptied my bladder I also started pooping. Right there in the tub. In the same room as my brother. Plop plop plop. I’m not sure how old I was when this happened but I feel like it may have been at an embarrassingly mature age.”

The Sock Wipe: “I was out apartment hunting with a friend and a broker when I had a need to poop that couldn’t be delayed. I told my friend and the broker that I wanted to take a few more photos of the apartment we were looking at and that I would meet them at the coffee shop on the corner. When they left the apartment, I headed straight for the toilet and had the world’s most explosive diarrhea. Unfortunately, as this was an empty apartment, there was no toilet paper. I was forced to remove my own sock and use it to wipe my butt. Then I had to ball it up and discretely dump it in the trash can on the corner before going to meet my friend and our broker. Luckily, neither noticed that I was only wearing one sock.” 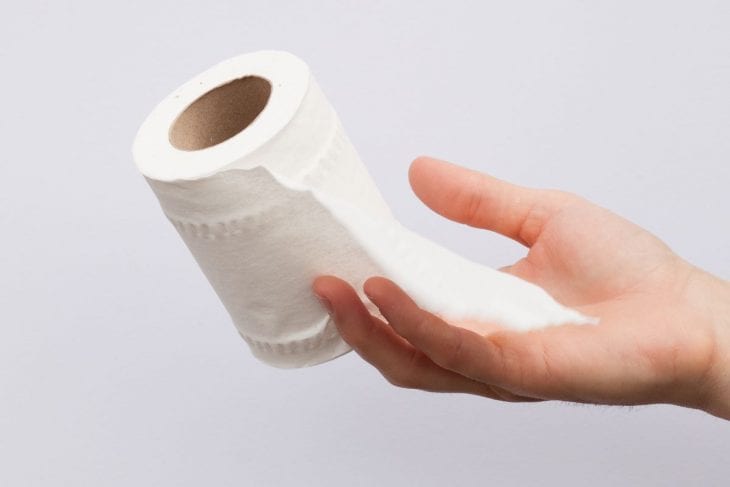 The Great Outdoors: “Over the summer, I went swimming with some friends at a swimming hole. Suddenly, I had an intense urge to poop, and knew I had to find a place to go, but there was nothing near the swimming hole except woods. I walked about 50 feet away from where my friends and I were swimming and found a good tree to lean against, and started going. About half way through, I looked over to my left and realized that there was a large house about 15 feet away from me. I was pooping in someone’s front yard.”

The Chronic: “A year ago I got some righteous bug which gave me explosive diarrhea. I’m not exaggerating about the ‘explosive’ part in the slightest: I had diarrhea just about every hour for three straight days and it would come on without warning. (I finally ended up going to a walk-in clinic because I was scared about getting dehydrated.)  For those three days, I shat my pants innumerable times.  If it was coming on, I often couldn’t make it from my bedroom to the bathroom. Once, possibly twice, I shat on the bathroom floor because I couldn’t lift up the toilet seat in time. And I kept having to go to the grocery store to buy toilet paper, obviously. Forget about making it home in time — I couldn’t hold it in and totally shat in undies while on the street three times, if not more.  I threw away so many panties and pajama bottoms from that entire debacle, it’s not even funny.”
Original by The Frisky
Accidentembarrassing storypooppoop stories

Where to Plan Your Next City Trip in Europe

Is Size Really That Important

5 Most Common Legal Mistakes to Avoid After...