These Houses Are Specially Built For The Young, Broke & Fabulous

A Dutch construction company has a plan in place for post-grads who are broke and less than thrilled at the prospect of moving in with their parents. The company, Heijmans, calls these 25- to 35-year-olds who are finished with college, unmarried, and getting started in their fields the “the Not-Quite Generation” and has a plan to provide inexpensive housing for the bunch. The homes would be movable, solar-powered and rent for about $850/month. The trade-off, however, is that the properties will be placed in “derelict” areas on barren land, often on stagnant construction sites or an outer region of the city. Heijmans’ thinking seems to be that millennials (at least, those of a certain hip variety) are usually all too happy to “discover” less-than-desirable things and repurpose them as trendy, so why not carry that habit onto empty lots? 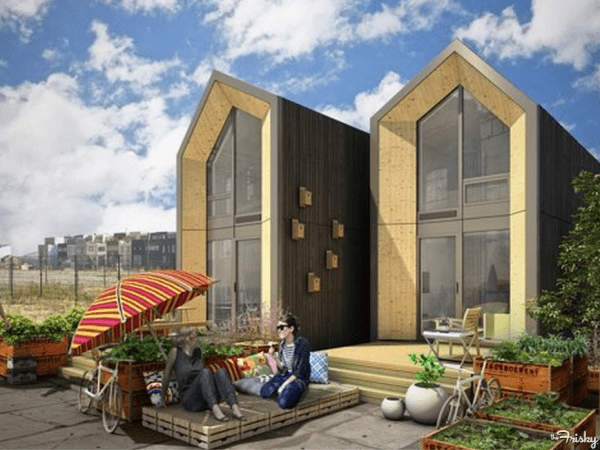 The prototype not-quite home is 485 square feet and includes a kitchen, bathroom, living room, bedroom and patio, which is a hell of a lot more than what $850/month can get most millennials here in New York. Potential residents applied for a chance to try out the living space, and a participant was chosen last month to undergo a three-month trial run in one of the two houses that are currently standing. Looks cozy to me! A huge portion of American millennials, if not just about all of us, could be considered Not-Quites (unless the percentage is actually much lower than trend pieces would like us to believe), so maybe Heijmans should set up shop here. Would you live in one of these houses?

Why CBD Gummies Are Becoming Very Popular Among...

Why Virgin Human Hair Are Wigs So Popular...