When it comes to Mediterranean islands we mostly associate the likes of Majorca, Santorini, Ibiza, Rhodes, Corfu, etc. But there are not all of them, and few words are said about Ischia.

The island is part of Italy, and it lies calmly on the Eastern shores of Naples. There are many things of which this island is known by both locals and visitors. It’s crystal clear and mineral-rich water is one of them. Beneath the island, there is a natural hot spring that can be seen from one of the popular beaches.

But one truly magnificent landmark is the underwater remains of an Empire long forgotten.

All this speaks volumes about the culture and riches of Ischia. If you happen to be visiting it, these are the top 10 things to do and see. 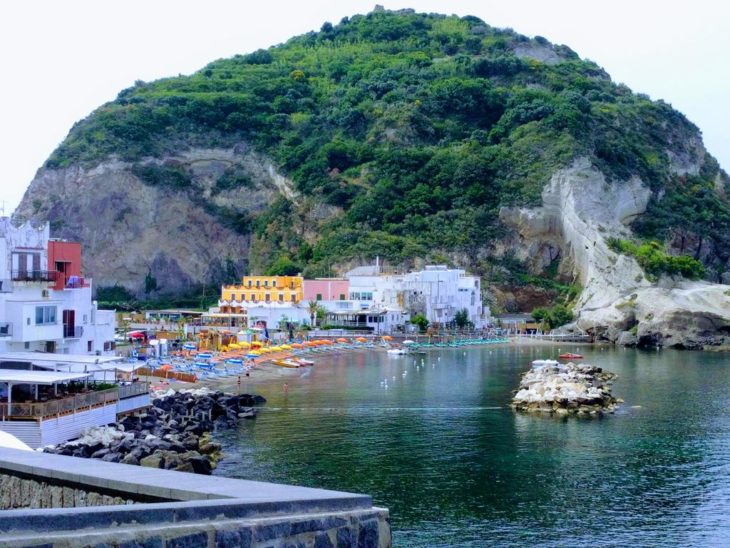 Sant’Angelo is a relatively small and very calm village on the Southern parts of the island, of which it is mostly famous for its fishing.

On the seaside of the village, you will instantly notice the small docks. Inside the village, there are cafes, boutiques, restaurants, and everything else that you would find in a place such as this.

But this is no ordinary fishing village. The rich come here to party in the thermal baths and sample the mineral-rich waters of Sant’Angelo.

When it comes to historical landmarks, very few come close to Castle Aragonese. The 474 BC castle was ruled by a famous King, but now it is a very popular landmark that everyone visiting the island should see.

Here, a very famous cultural event called the Ischia Film Festival takes place every year. And as a matter of fact, the castle has seen its fair share of movie appearances.

3. Visit the Church of Soccorso 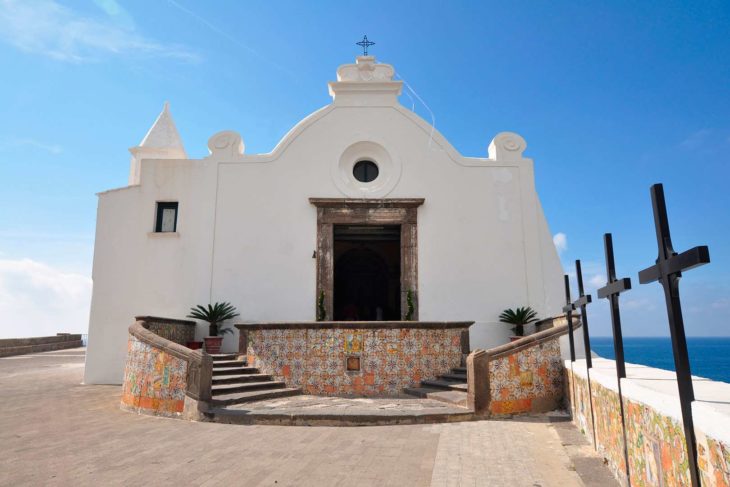 Italy is a very religious country, and so are its islands. It would be quite the understatement to say that the island doesn’t have a famous church. And it does, located in Forio. Forio is a somewhat bigger town and lies on the Western parts of the island.

Church of Soccorso is the most famous landmark to visit in Forio, and it is highly praised for its magnificent sunset. When visiting Forio, make sure to also stop by Torrione, a historical tower that was used by the Roman Empire to fight pirates. The historical tower is only but a short distance from the Church. 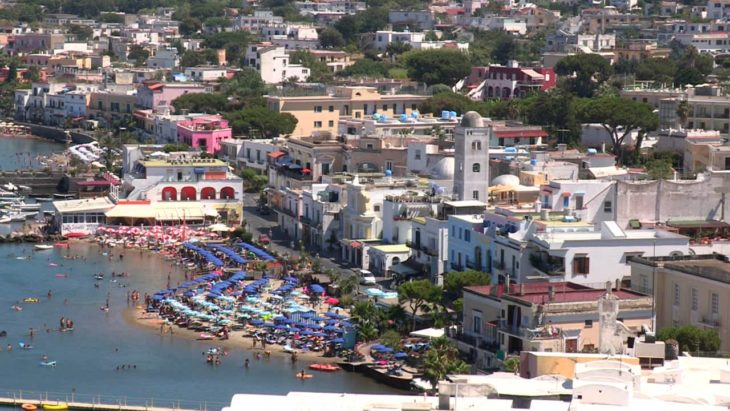 One thing that you can do in Ischia is take pictures of everything. The sunsets here are magnificent, and the pictures will not disappoint.

But when doing so, make sure to visit Lacco Ameno, a small town on the Northern side of the island. Here, apart from taking pictures of sunsets, you can visit the mushroom, commonly known as “Il Fundo”. Il Fungo is also yet another historical, almost beyond ancient, landmark that must be visited. Il Fungo is a large rock, almost 10 meters in height, and it is said that it rose beneath the grounds of Mount Epomeo. 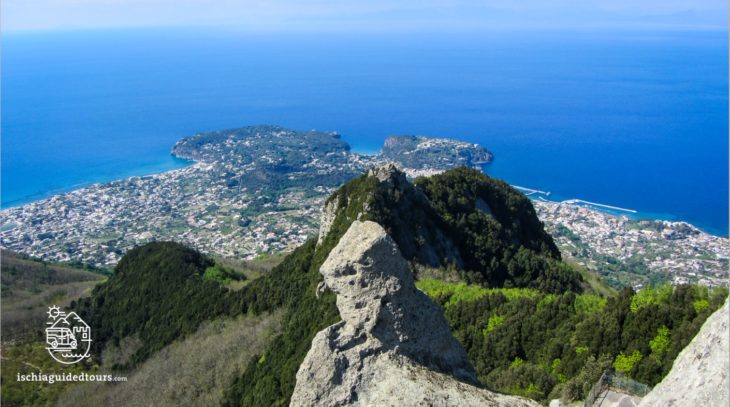 Mount Epomeo saw a brief mention in the previous point, but deserves a section on its own because it is the largest on the island. If you manage to climb it, which you should, you will experience a view like nothing the world offers. The island in its entirety can be seen from the top of the mountain, and it can sometimes be a romantic getaway.

There are many ways to trek the mountain, and many paths to take. As a general rule, we suggest you go through Serrara Fontana, the closest and easiest path to the top. On the road there, you can visit a few restaurants that serve travelers.

Something you should definitely do is rent a car while visiting the island. As indicated by CostabileRent, Ischia might seem quite small, but it is too large to see everything on foot. The services that are available to you there are Rent Car Ischia and Rent Scooter Forio.

6. Experience and Relax at the Thermal Park 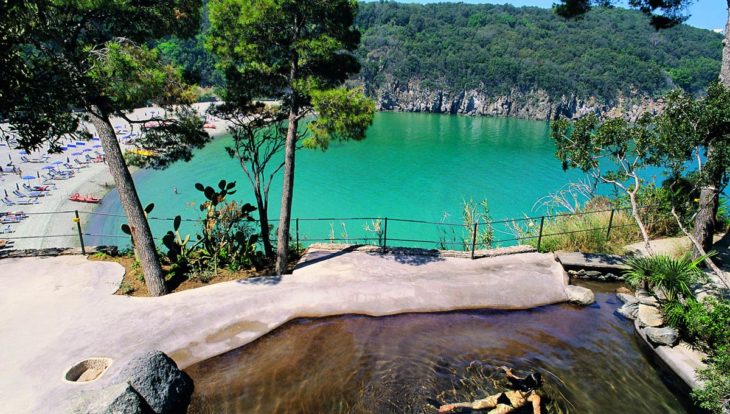 We mentioned that the island has thermal waters beneath it. Well, there is a whole park dedicated to them, and you can sample it yourself.

You might think that such an island wouldn’t be capable of offering all of its inhabitants the choice of bathing in the thermal baths. Well, you’d be wrong as there are more than 100 thermal baths to bathe in, and more than 20 basins to relax thee day in. 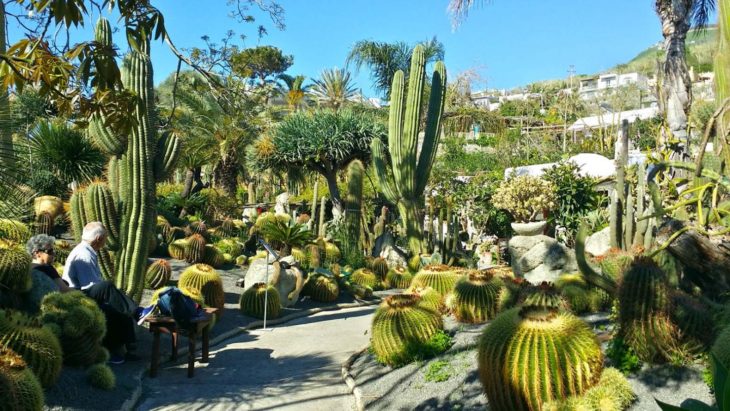 If you thought that this was all that Ischia has to offer, think again.

The island has its own botanical gardens, which are nothing but magnificent and breathtaking. There are two in particular.

The Giardini La Mortella that houses subtropical and Mediterranean plants, and the Giardini Ravino. If the former houses plant exclusive to the region, then the latter is quite the opposite. At Giardini Ravino you can see plants and flowers from all over the world.

Each garden requires a fee to enter; 13$ and 10$ respectably. 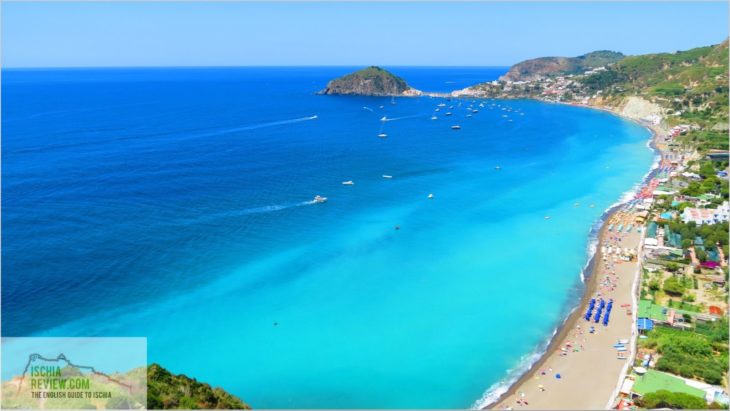 Being an island means you have lots of beaches for the natives and visitors to enjoy. And in truth, the island has dozens of beaches that you can try. There are many beautiful beaches to try out, of which t most famous are Sant’Angelo (the small fishing village), Citara, San Francesco and San Montano. Each one is unique a unique beauty, and each one should be visited. 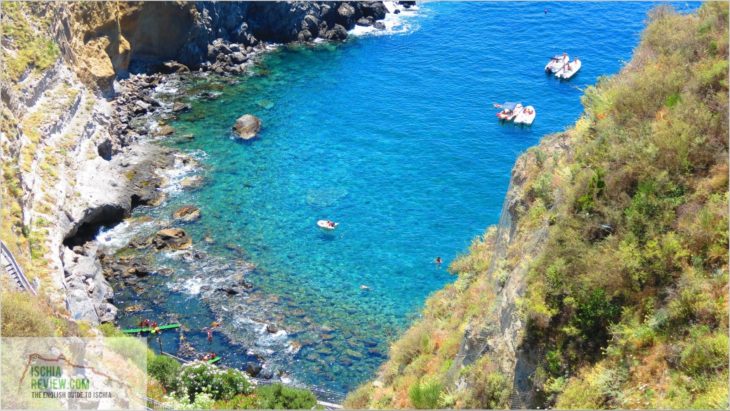 Sorgeto Bay is yet another very popular beach on the island, but this one is very unique.

If you remember, at the beginning we talked about underground thermal baths. Well, you can do so at Sorgeto Bay. Here, the thermal flow goes into the sea and creates natural pools to enjoy. However, most of them are boiling hot, so it is only advised that you try them if you visit in January. 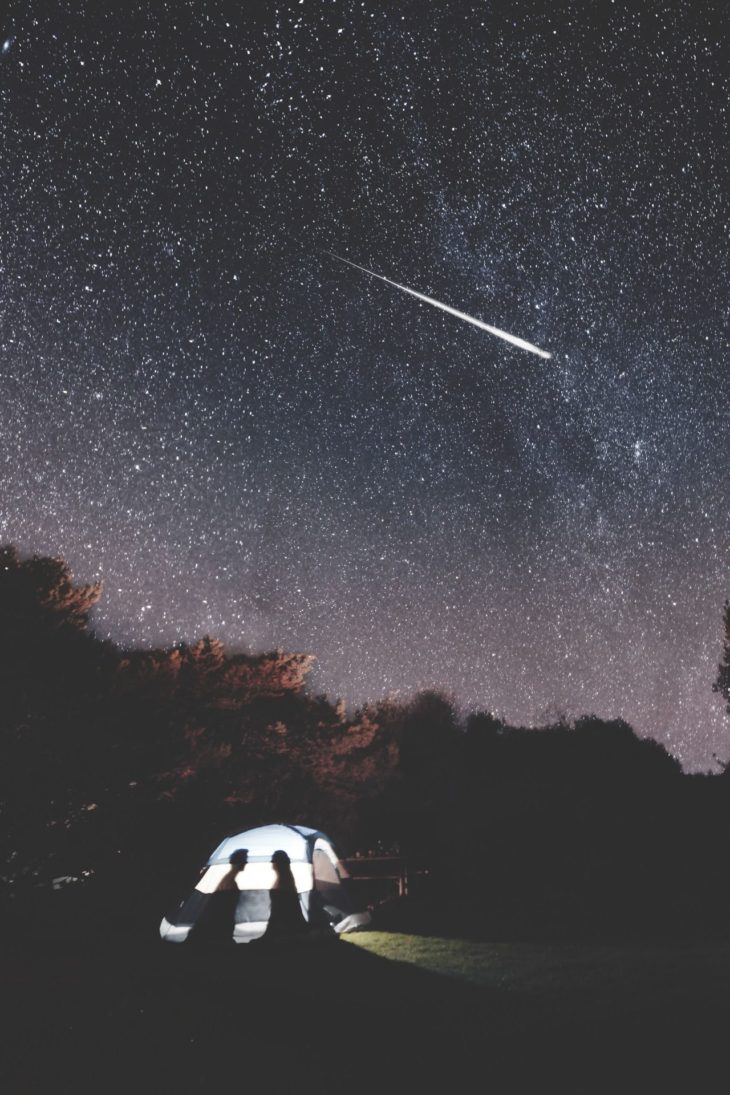 Ischia has no industry or any major polluter. What this means is that you can stargaze all night long and count the stars until your head falls asleep. The nights here are truly magnificent, and you can see literary every bright star in the sky. The island is also a popular holiday destination for astronomers, as it offers a perfect view of the Milky Way.

Fastest Growing Economies in the World