When people think of Angelina Jolie, they think of her as an actress, as a humanitarian, and of course, everybody thinks of Brad Pitt. Those could be listed as positive things, but did you know Angelina’s negative traits? Apparently, the actress has a whole dark side linked to her life. 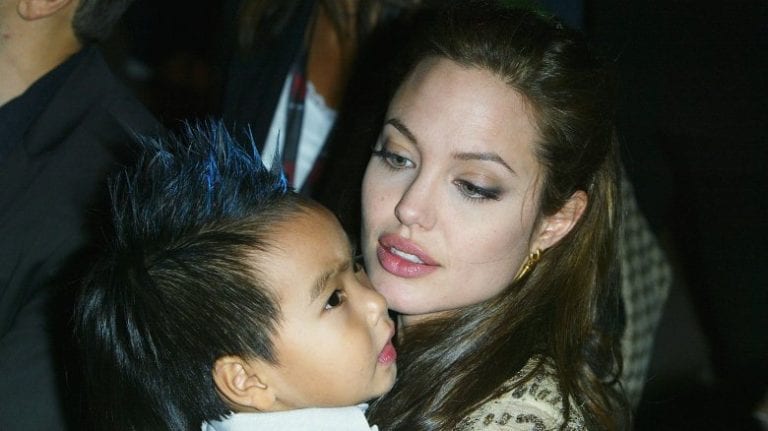 While in the middle of the casting process for First They Killed My Father in Cambodia, the casting directors allegedly played some awful games with the children in order to see who will get the part. “In order to find their lead, to play young Loung Ung, the casting directors set up a game, rather disturbing in its realism: they put money on the table and asked the child to think of something she needed the money for, and then to snatch it away. The director would pretend to catch the child, and the child would have to come up with a lie,” said Evgenia Peretz, the contributing director.

Srey Moch, the girl who got the role, allegedly was looking at the money for a long time before she snatched it. But, when it was time to give it back, “she became overwhelmed with emotion,” Jolie shared with Vanity Fair in 2017, with tears in her eyes. “When she was asked later what the money was for, she said her grandfather had died, and they didn’t have enough money for a nice funeral.”

This caused a commotion, and Jolie’s attorney wanted the magazine to edit some things from Angelina’s interview, stating that “children were not tricked as some have suggested… All of the children auditioning were made aware of the fictional aspect of the exercise and were tended to at all times by relatives or guardians from NGOs…” 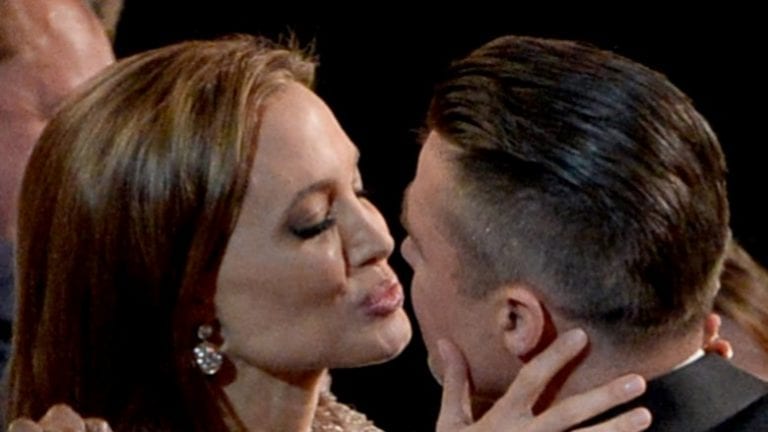 “I was a member of a group called the Kissy Girls. I was very sexual in kindergarten,’ she told OK! magazine in 2007. “I created a game where I would kiss the boys and give them cooties. Then we would make out and we would take our clothes off. I got in a lot of trouble!”

“I was either going to be reckless on the streets with my boyfriend or he was going to be with me in my bedroom with my mom in the next room because I was going to have a boyfriend,” Jolie shared her thoughts about her mom’s parenting when she was at an early age. Because of her mom’s decision, “I continued to go to school every morning and explored my first relationship in a safe way,” she stated. 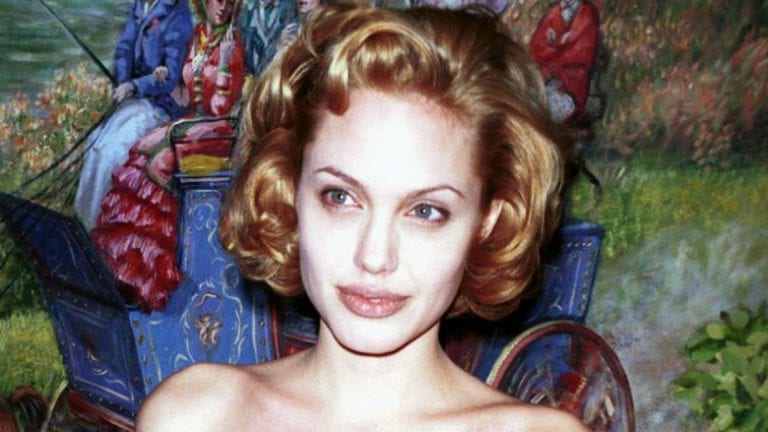 OK! published an interview with the actress, in which she shared that she lost her virginity at age 14, but “the sex and the emotions didn’t feel enough.”

“I was no longer a little girl. In a moment of wanting to feel closer to my boyfriend, I grabbed a knife and cut him. He cut me back.” The couple was soon “covered in blood, my heart was racing,” Jolie declared. 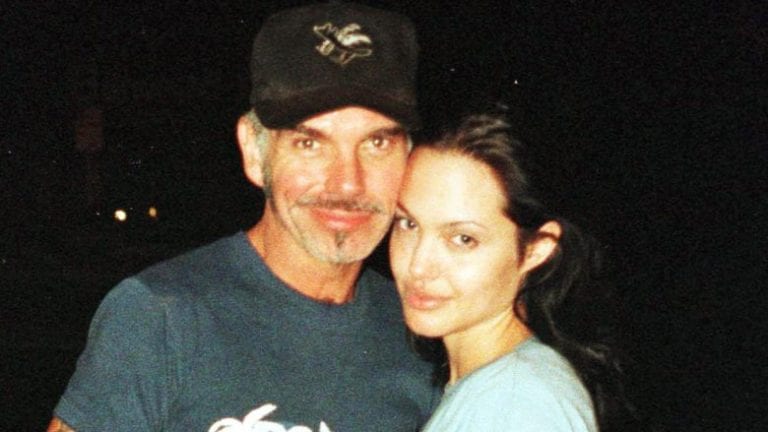 Remember when she appeared at the red carpet event with a vial of blood around her neck? It belonged to Billy Bob Thorton, her second husband, who after divorcing Angelina in 2003, shared what was all that about. “You know those lockets you buy that are clear and you put a picture of your grannie in it or something like that and wear it around your neck? That’s what it was. She bought two of those … She thought it would be interesting and romantic if we took a little razor blade and sliced our fingers, smeared a little blood on these lockets and you wear it around your neck just like you wear your son or daughter’s baby hair in one. Same thing,” said Billy Bob Thorton. 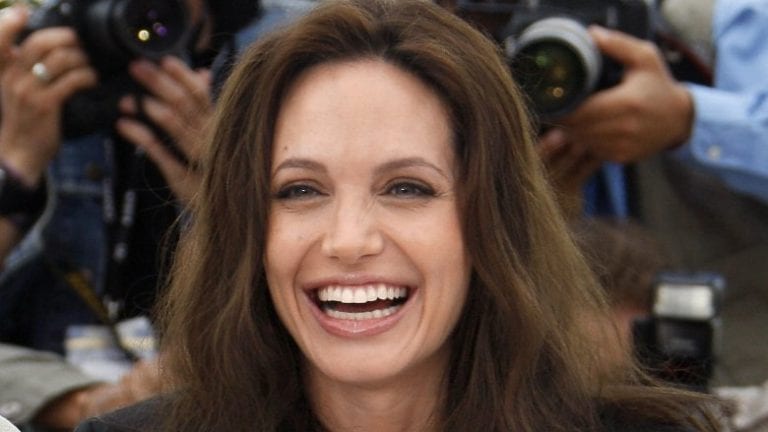 As she is fascinated with blood, it’s no surprise that she is a knife collector. “They are not shiny, brand-new sharp knives from the store. They’re antique beautiful knives from other countries,” she shared with Barbara Walters.

Not a classical wedding dress fan 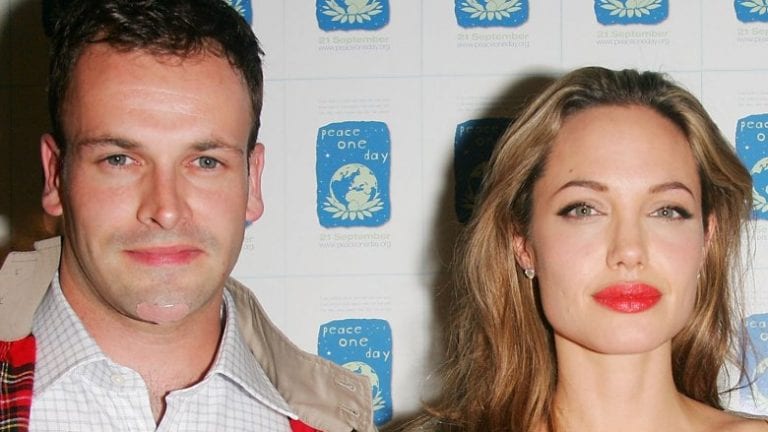 Angelina and Jonny Lee Miller met on the set of the movie Hackers, and they got married in 1996. Her mom and Miller’s best friend were the only one attending their wedding ceremony. Miller wore black leather pants, and Angelina decided to wear black rubber pants and a white shirt with Miller’s name written across the black in blood.

Affair with a woman 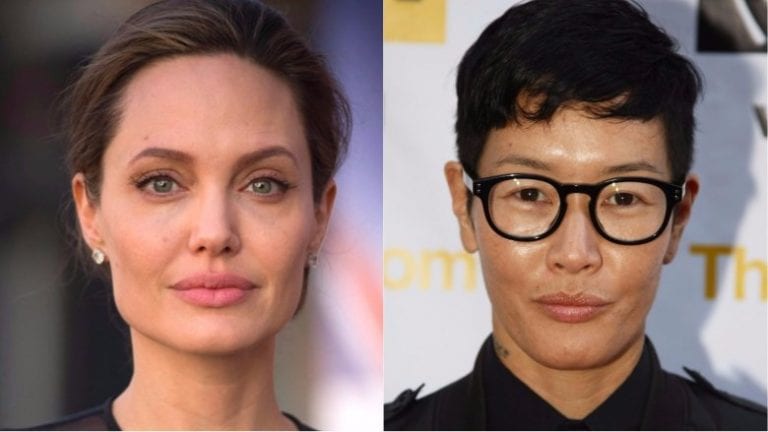 While still married to Miller, Jolie had an affair with Jenny Shimizu. In 1997, Jolie shared with Girlfriend, “I would probably have married Jenny Shimizu if I hadn’t married [Miller.] I fell in love with her the first second I saw her.”

Hiring a hitman to murder her 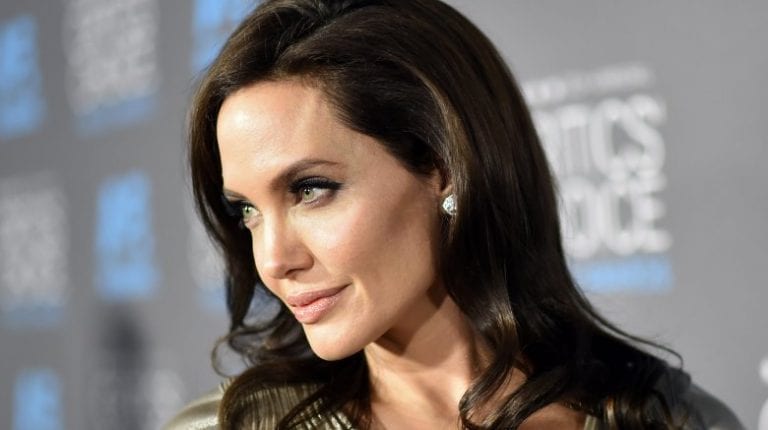 As stated by the New York Post, Jolie supposedly tried to employ someone to kill her while she was found in a really dark place in one period of her life. “The person spoke very sweetly to me, he made me think about it for a month. And, after a month, other things changed in my life and I was surviving again.”

Was she telling the truth about her love life? 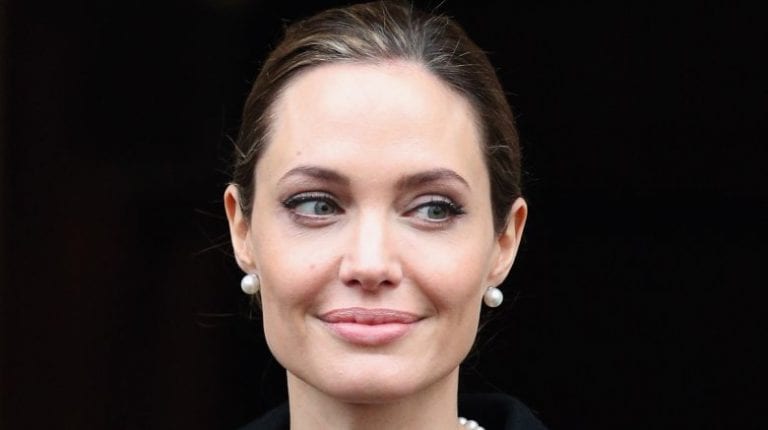 During an interview with the New York Post in 2004, she said even though she was a single mother at the time, she wasn’t all alone.  “As crazy as that sounds, meeting a man in a hotel room for a few hours and then going back and putting my son to bed and not seeing that man again for a few months is about what I can handle now.”

But in 2007, in an interview with Cosmopolitan, she claimed she had only slept with four men in her entire life, including Thornton and Miller.

She will never be ‘self-destructive again’ 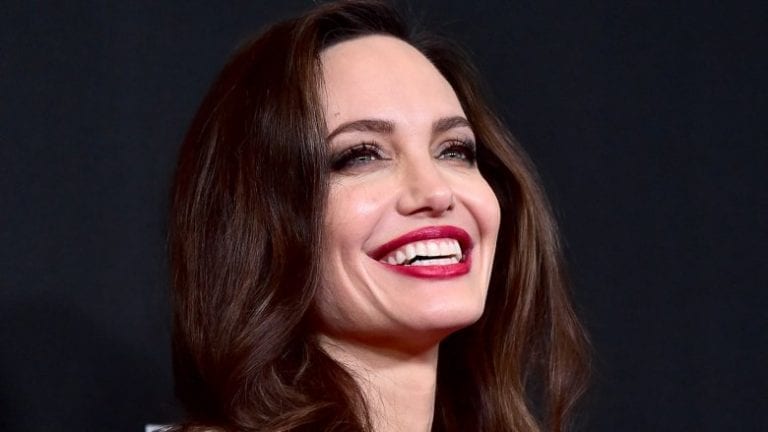 Angelina has publicly addressed the dark days of her past but now her life is a little bit different. “I was just being a young girl who was experimental, bold and a bit nutty,” she shared with USA Today. “I was absolutely self-destructive.” She revealed her worldwide humanitarian work changed her views. “Once I started to learn about the world and I became grateful for everything that I certainly have. Since going through my first war zone, never have I woken up and not been simply grateful.”

But when she adopted Maddox she said: “I knew once I committed to Maddox, I would never be self-destructive again. Now I have five more. So I have to behave.”

Best Gifts for Women – Surprise The One You Love

Most Profitable Websites To Sell Your eBook At