To Date Or Not To Date: Crazy Facial Hair Edition

After Winona admitted that she was nursing a bit of a crush on a guy with a Spider-Man beard, we thought it might be interesting to hunt down some other examples of crazy facial hair and ponder whether or not we would date these weird-bearded dudes. Click through to check out 15 guys with seriously crazy beards, plus our honest discussions about why we want to date them (or not)… 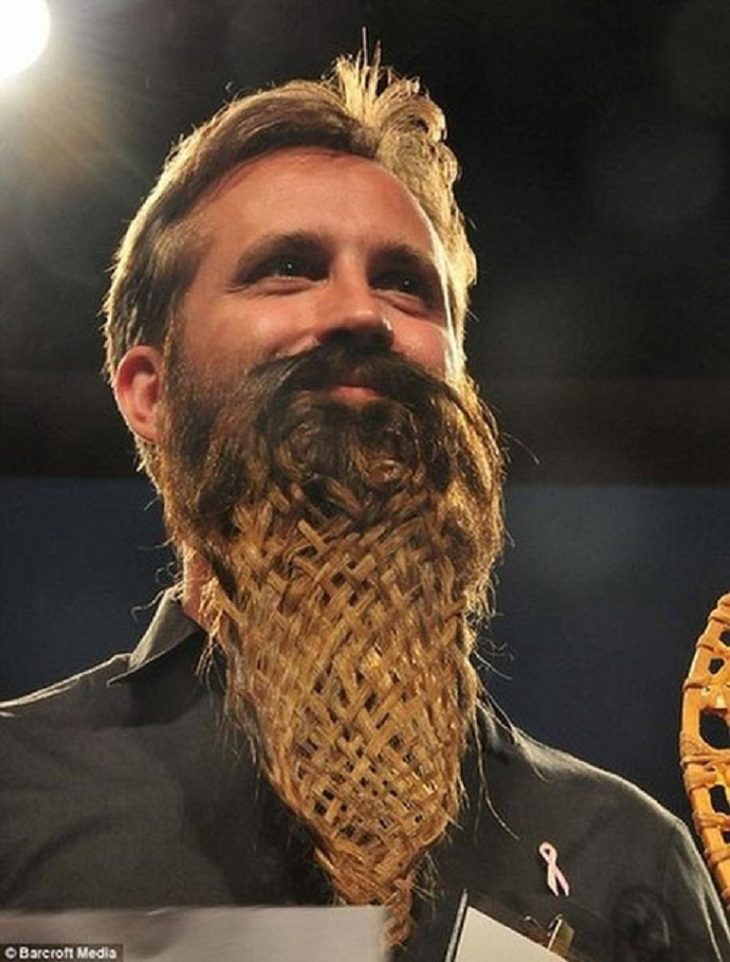 Winona: I would absolutely date him because I have a feeling he would know how to french braid my hair.

Ami:  I would date him as well because he is wearing an AIDS awareness ribbon.

Winona:  Plus he kind of looks like Ryan Gosling, no? Dreamboat status. 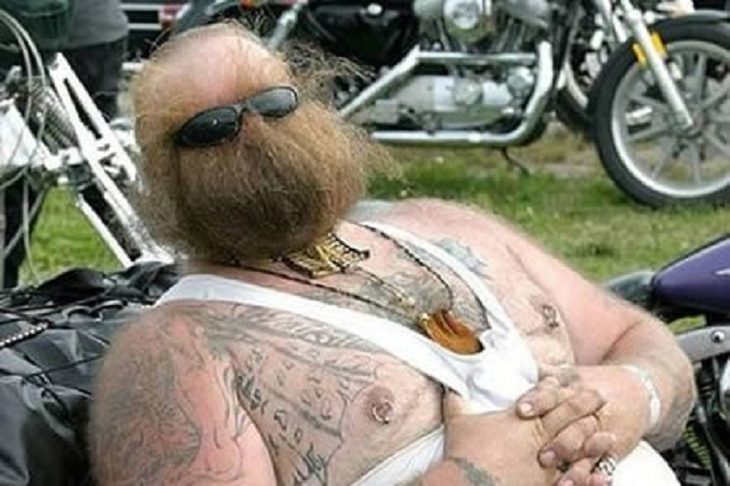 Winona:  OK, like, I really want to be into this guy, because he obviously has a sense of humor, but I’m mostly terrified.

Ami:  I couldn’t make it happen simply because his beard is covering his lips and I could never kiss him and that would depress the shit out of me.

Winona:  Oooh true, that beard is an intimacy blocker!

Ami:  Facial hair should not prevent intimacy. That’s where I draw the line. 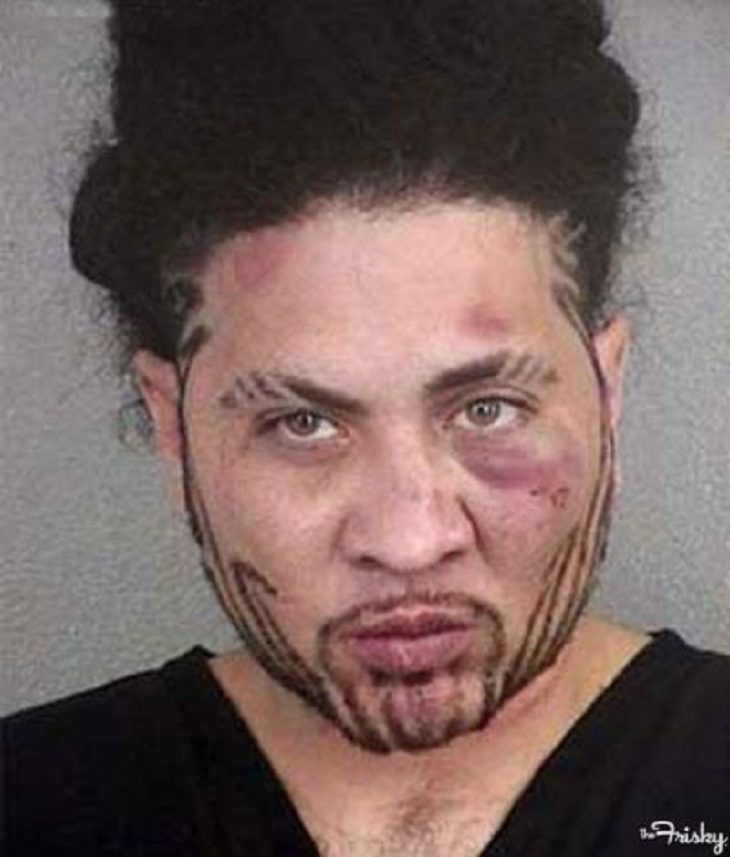 Ami:  No way here. He’s a criminal. This is a mug shot. I’ve had my fill of criminals. I’m not in college anymore. 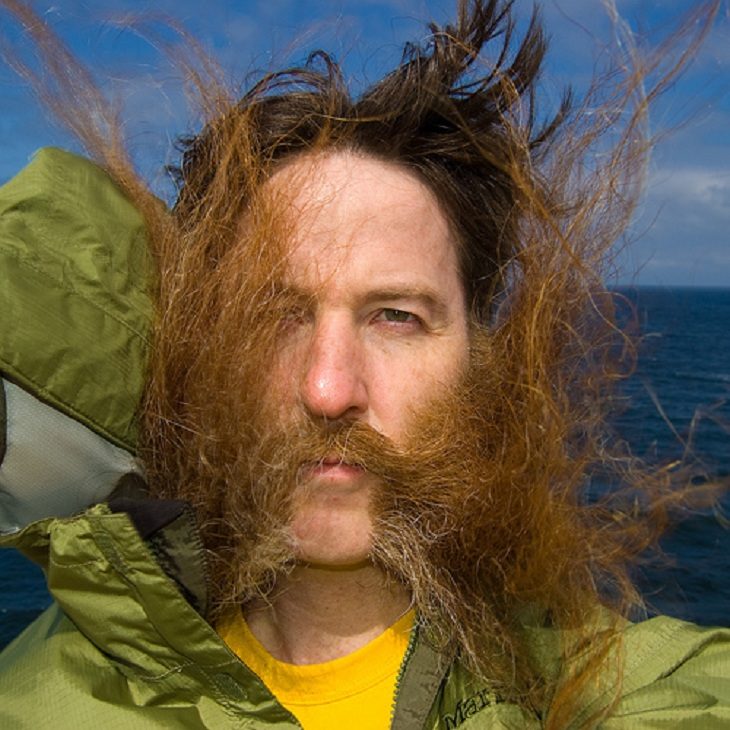 Winona: I want to make out with him while his mutton chops swirl around us in the wind.

Ami:  I feel like we would go on vacation a lot. He probably likes cruises. And sailing.

Winona:  He would totally go on the Passion Pit Cruise with you. 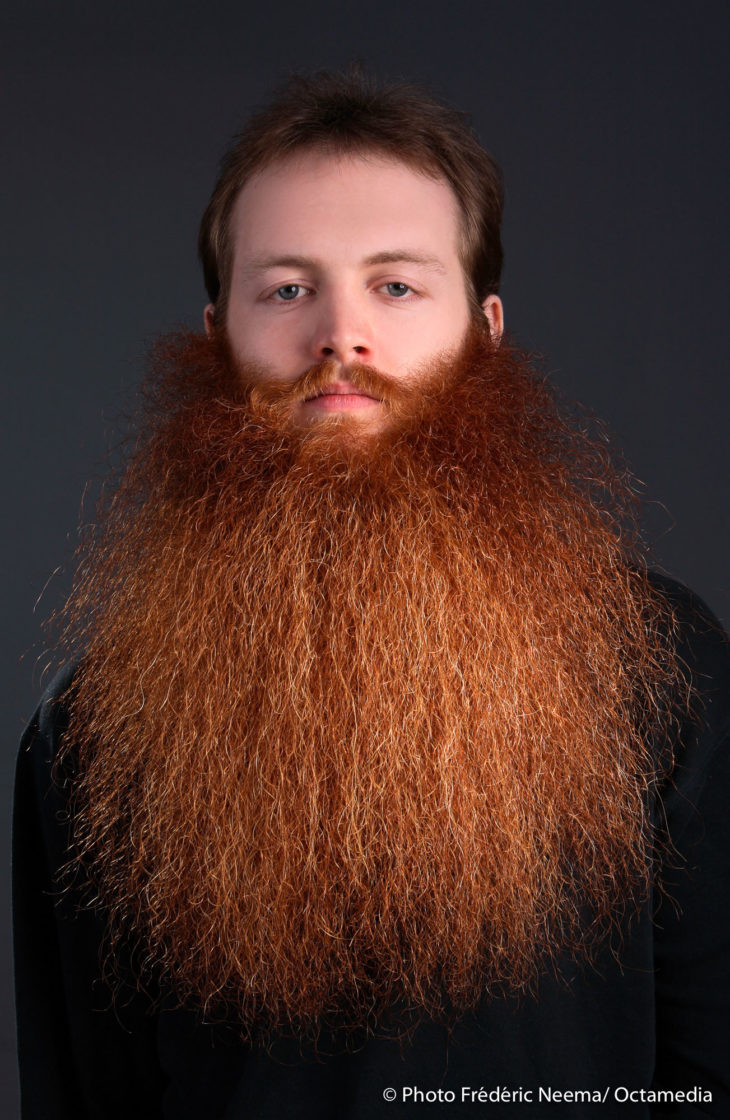 Ami:  I feel weird saying this, but I am ODDLY attracted to him. I want to dive into his beard and wear it as a coat.

Winona:  OMG ME TOOOOO. It looks so well conditioned. I would hide things in it for him to find later in the day … little love notes or Tootsie Rolls. 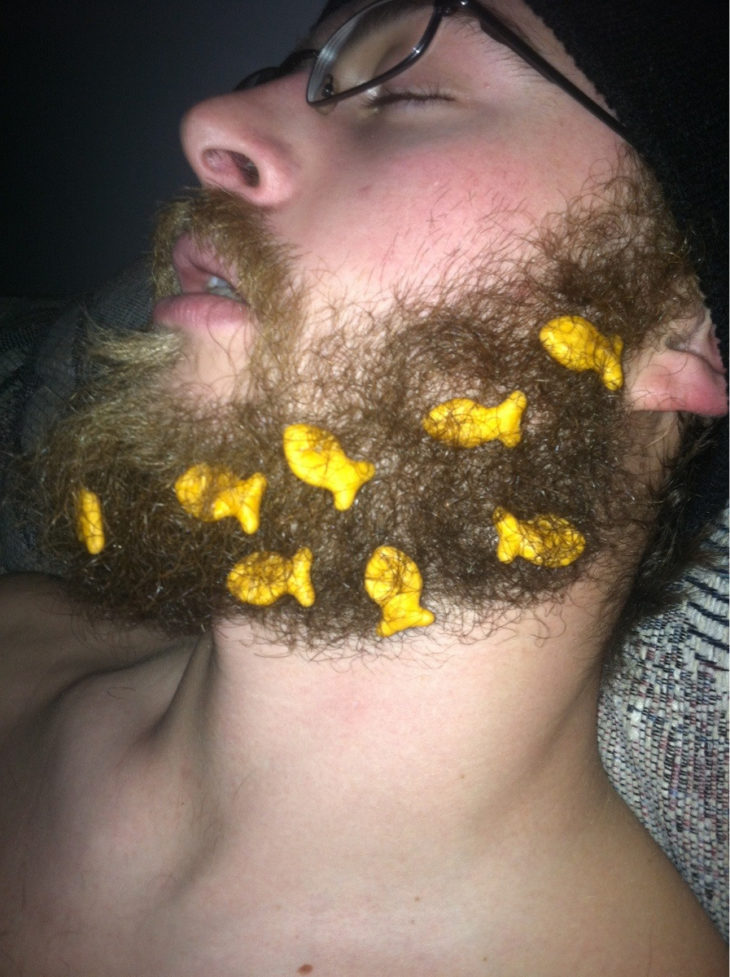 Ami:  I’m going to have to decline because his beard looks pubey and I don’t like the thought of snacks being covered in pubes.

Winona:  Pubey snacks are THE WORST. I think we’re agreed on that one.

Ami:  We’ve agreed on EVERY one so far.

Winona:  Oh shit, we need to have a cat fight.

Ami:  Well, only if it’s organic. This isn’t Reality TV. 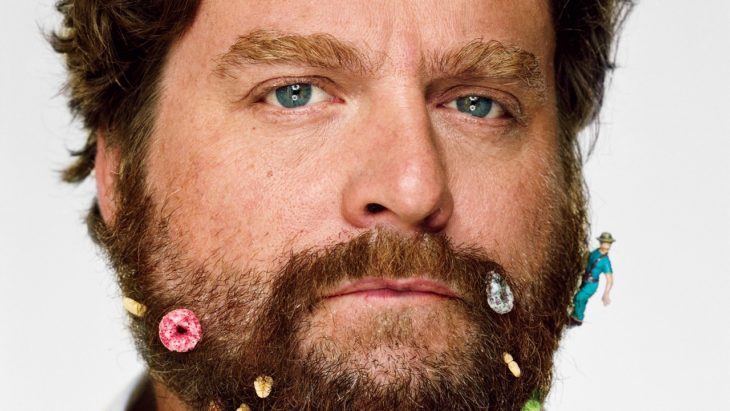 Winona:  He looks like a muskox, which is a very powerful, sexual beast.

Ami:  I agree that he looks like a muskox, but I wouldn’t hit it.

Winona: How can you pass up a muskox?

Ami: I’m not into bestiality, Winona. That’s how. 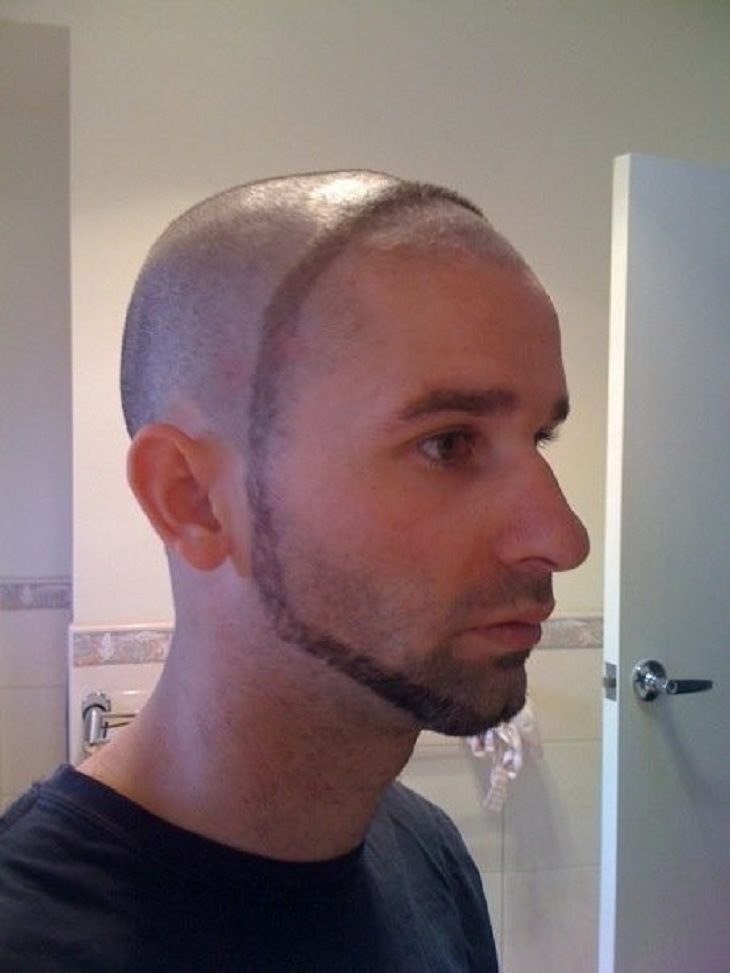 Ami:  It looks like he had a lobotomy. So, no thanks.

Winona:  See, I’m reeeaallly into it because he vaguely resembles Andre Agassi, who is my 5th biggest celebrity crush.

Winona:  Is your incredulous tone about my crush or the fact that this guy resembles him? Because both are 100% true.

Winona:  We’ll need to write out our full lists soon and compare.

Ami:  I only really have one celeb crush. Johnny Depp always and forever. 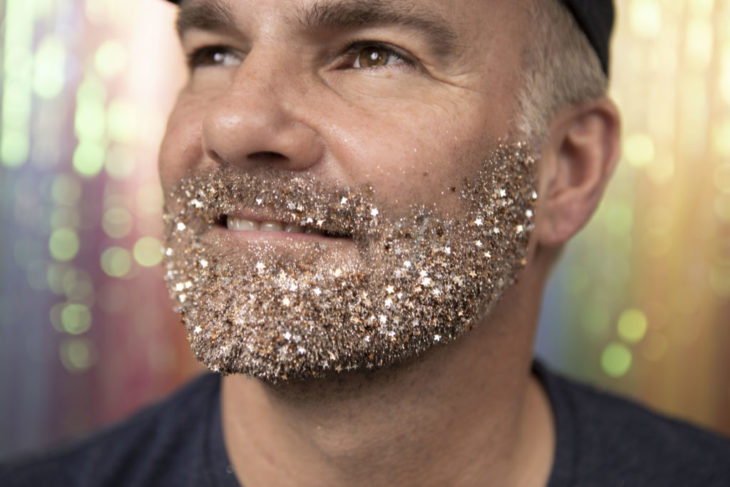 Winona:  TRIPLE YES. Imagine how he would sparkle in the sun!

Winona:  Exactly. And he would coordinate so well with all my sequined dresses.

Ami:  He’d make a good going out accessory. You could wear him to your next Celine Dion concert! 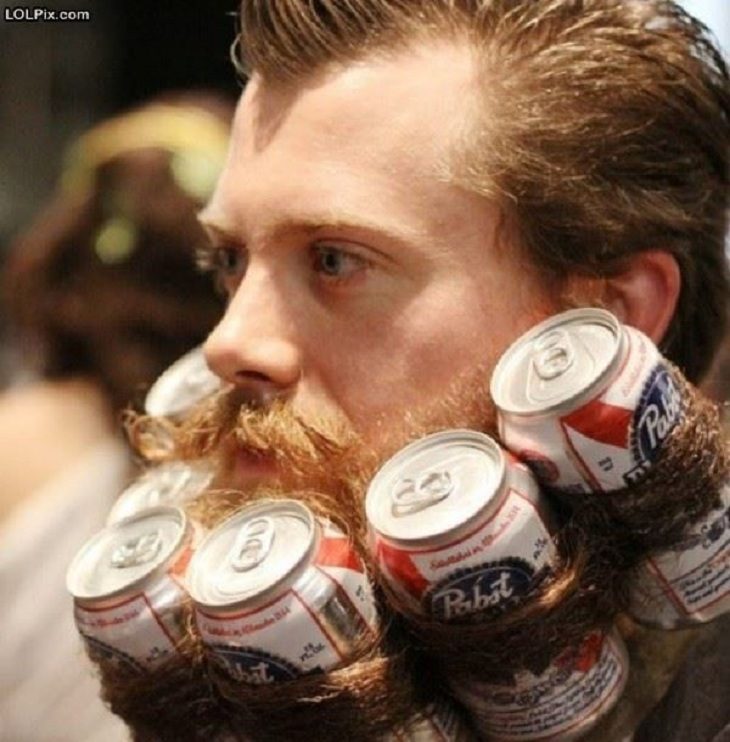 Ami:  I’ll have to pass since I’m allergic to beer.

Ami:  I would go for a guy whose beard held wine, though. That would be dream life status.

Winona:  Oooh, a hairy wine rack. I’ll keep my eye out for you. 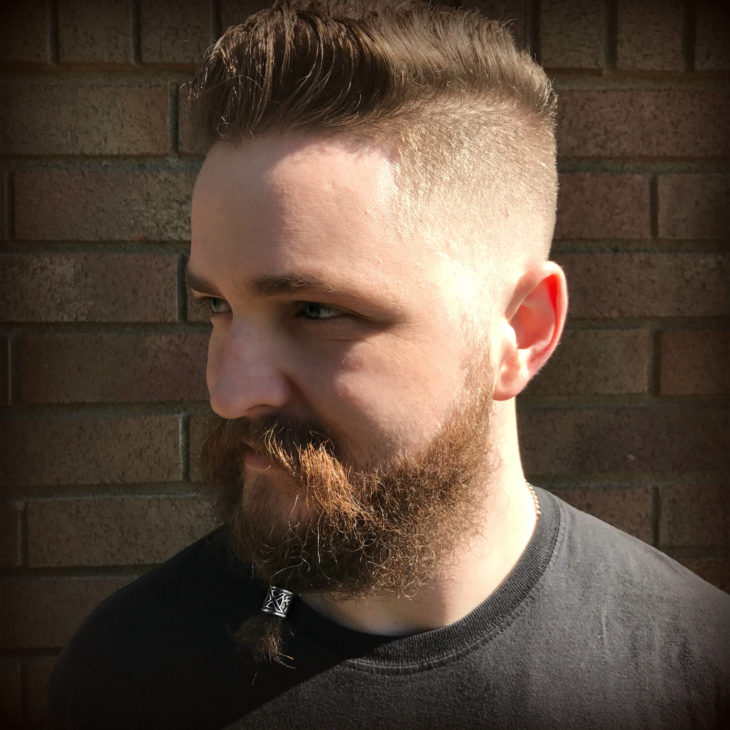 Winona:  Wow, this is quite something.

Ami: I would be scared his beard would strangle me while I slept.

Winona:  Valid concern, but I like his flair for showmanship. 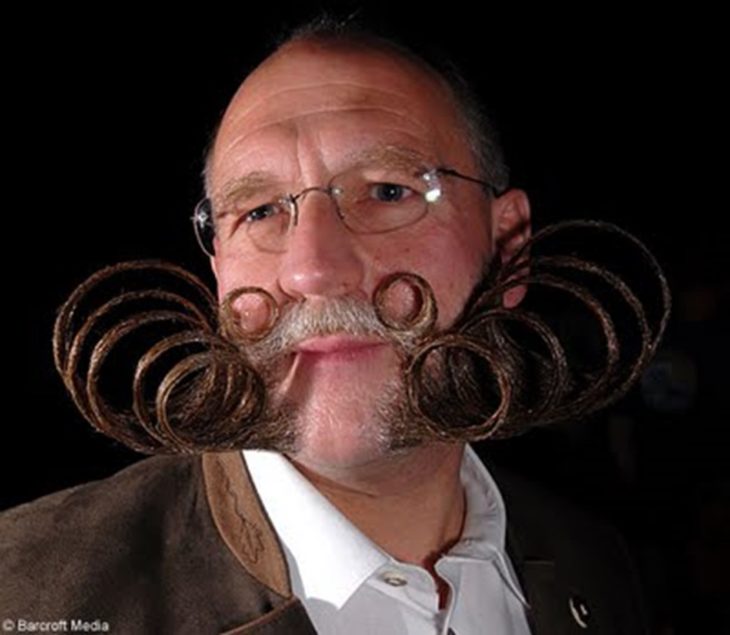 Ami:  Playing “get to the center of his beard” would be fun. His face is more entertaining because of it.

Winona:  Is that, like a sexy game, or a way to pass the time while waiting for brunch?

Ami:  Both, maybe? I like to be entertained at all times.

Winona:  A boyfriend with a built-in game on his face would be pretty rad.

Ami:  As long as the game isn’t too gross. Like popping his zits or if he has scabies.

Winona: Since when is scabies a game?!?! 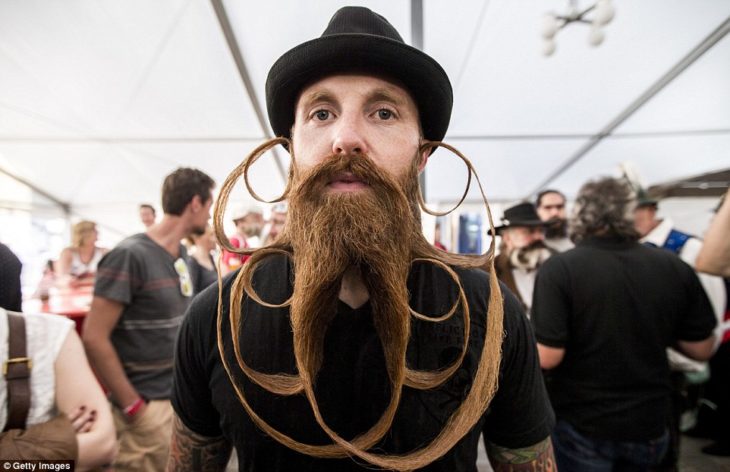 Winona:  He reminds me of one of Job’s magician nemeses from “Arrested Development.”

Winona:  Have you ever dated a magician?

Ami:  No. And I never will. Although I took a magic class when I was in elementary school and I was OBSESSED with it.

Winona:  I could see you being an excellent magician, actually. And your stripey dress would be great on stage! OK, so this guy’s out, but we did find you a new profession. 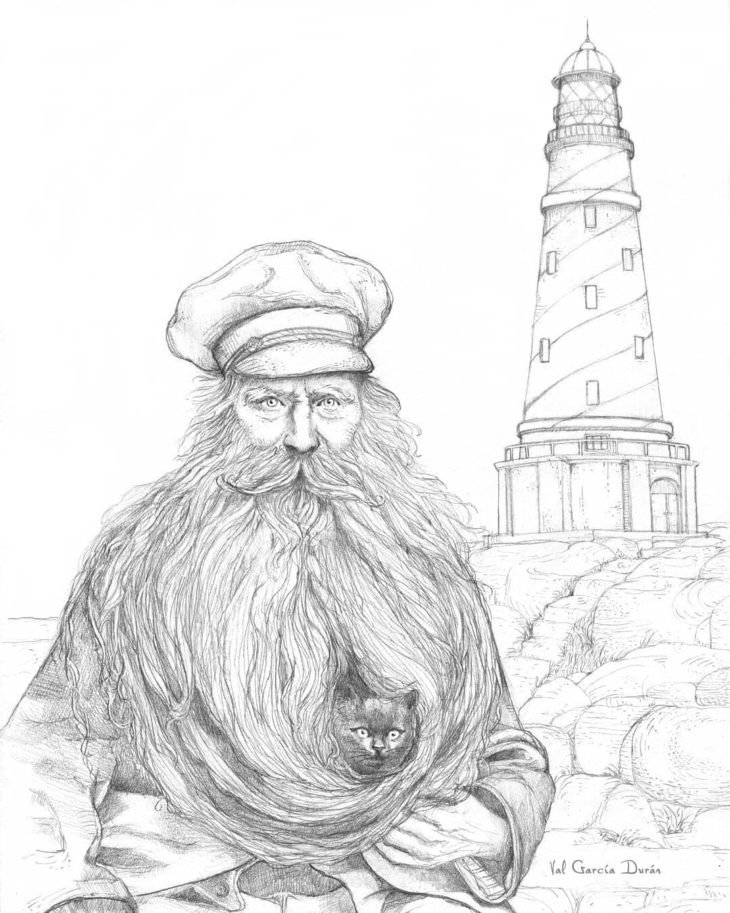 Winona:  I think I already know how you feel about this guy, Ami.

Ami:  Obviously this is the most vile thing I’ve ever seen.

Ami:  His beard probably has toxemia, that disease that cats give you.

Winona:  Well fine, I’ll take him! He’ll carve out a space in his beard for me too and we’ll be a cozy little family and you’ll be soooo jealous.

Winona: P.S. Will you visit me in the hospital when I’m dying of toxemia?

Ami:  Of course. I’ll put our differences aside to nurse you back to health. 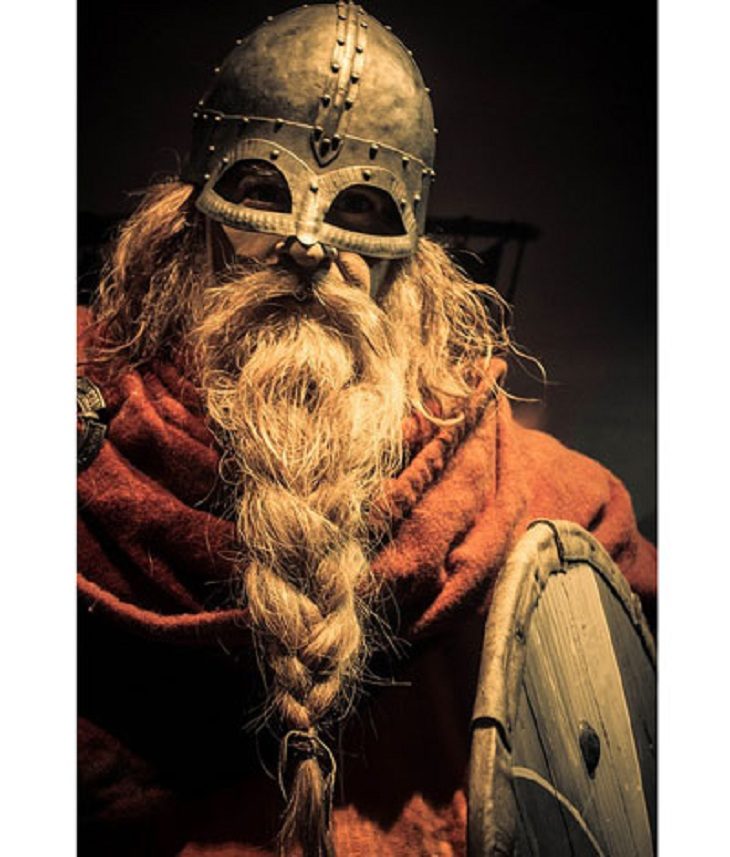 Ami:  I’m confused about which side of his head is the front and which is the back.

Winona:  Would that be a significant barrier to your relationship?

Ami:  Yes. I wouldn’t know if he was making eye contact or not and that would unnerve me.

Winona:  I would give him a chance. I really envy the thickness of that braid.

Ami:  It makes me feel uncomfortable. His face braid shouldn’t be better than my hair braid. Not cool.

Winona:  I would just ask for tips because my braids never look that good.

How To Get Your Ex To Notice You On Facebook