To Stop Your Dog From Barking, Breastfeed Her!

Single mother Suzanne Morgan made a life-changing discovery one evening after she put her daughter Tasha to bed. Her dog Dixie was howling, barking uncontrollably, hungry to be fed. She opened the cupboards and discovered they were bare. She was low on cash after her husband split. So instead of going to the store to pick up some kibble, she tried something more … uh … unusual. She breastfed her dog. Yes, she brought her DOG to her nipple and let it suckle. She tenderly recounts the experience of feeding little Dixie:

“That night, I couldn’t stop thinking about it. Clearly, Dixie liked my milk. So a few nights later, after I’d fed Tasha, Dixie jumped on the settee and I held my left boob towards her. I squeezed out some milk, and wiped it around my nipple. Within seconds, her long, pink tongue was gently licking my skin. It tickled at first, but then, as she started suckling away, it didn’t feel much different to having Tasha there. ‘You liked that, didn’t you girl?’ I said, as she gently pawed my chest. Despite having a mouthful of sharp teeth, she didn’t bite me and 10 minutes later, I gently pulled her off.” 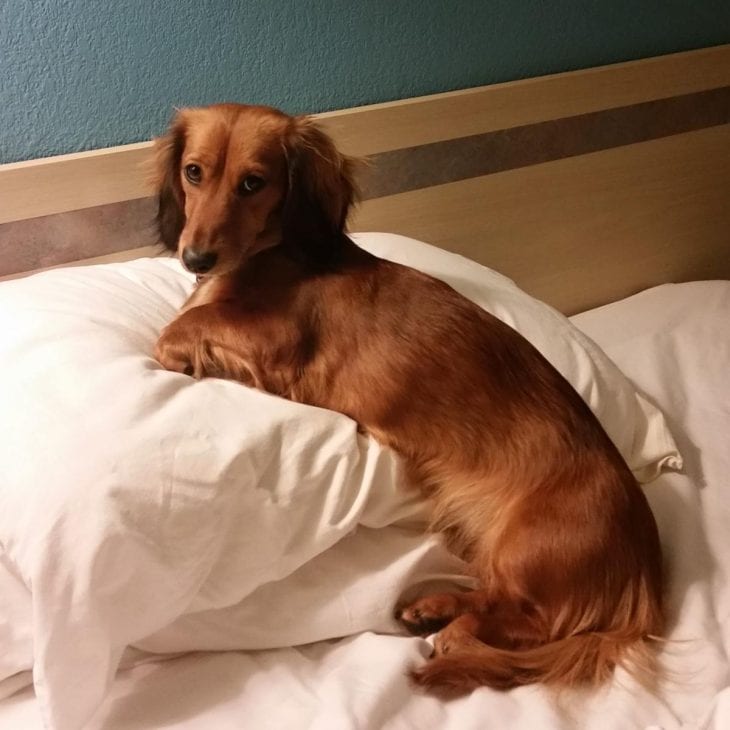 Even though Suzanne is pregnant again (by a different man who split once she confessed what the dog ate for dinner), she continues to feed both her 17-month-old daughter Tasha and Dixie for 20 minutes, twice a day. But don’t worry, she plans to stop breastfeeding the dog once she is into her second trimester.

You can’t make this stuff up. Thoughts, feelings, reactions? You go first. I’m not sure where to start. I’m rocking in a corner, trying to self-soothe. [Pickmeup]

6 Baby Powder Alternatives to Try in 2020

Budgeting for a Baby: Costs to Consider