Top 5 Cities to Visit in Norway

When talking about a vacation, our first association is a sandy beach, a mojito at hand, and lots of relaxing hours spent underneath the hot sun. But today, we’re heading in a completely different direction.

Our destination is the “cold, unforgiving north!” The land of awe-inspiring mountains, glorious fjords, and clean, crisp air that fills your lungs and rushes through your entire body with your every breath.

We are, of course, talking about Norway. Despite being one of the best places to live, it’s not topping the charts when it comes to popular tourist attractions. But we are here to change this perspective, one article at a time!

In today’s article, we’ll be talking about the most beautiful Norway cities you can and should visit. 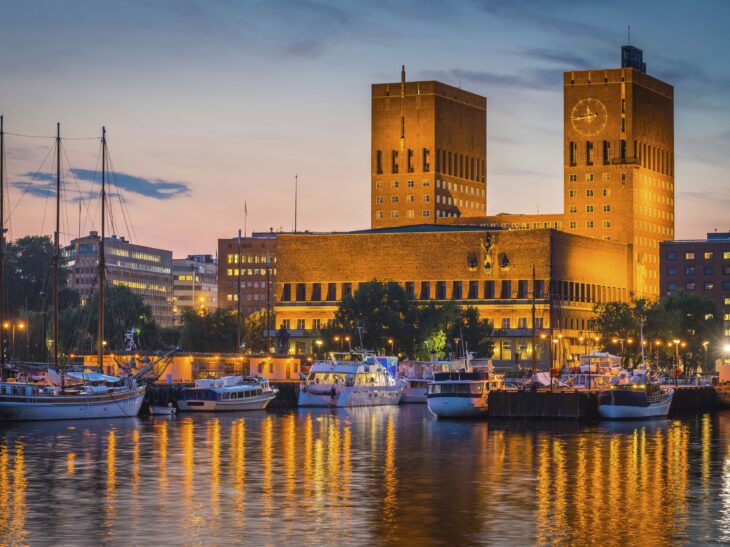 Being the country’s capital, Oslo demands the most attention and eats up the biggest piece of the tourist pie. But, what is there to see and do in Oslo?

Being a history geek I am, I’ll take this chance to be a bit biased and suggest heading over to the Viking Ship Museum. It houses a perfectly preserved 9th-century burial ship along with all the burial artifacts – weaponry, bedding, wooden and textile materials.

Next on the list is definitely the Norwegian National Gallery for one single reason – The Scream! No, people don’t come here to scream but to wonder about the work of the world-famous artist Edward Munch. In addition to Munch, you’ll come across Monet, Picasso, and Cezanne.

And, to top off your cultural visit to Oslo, you must stop by the Oslo Opera House. Built in 2007, this incredible piece of architecture resembles an actual iceberg and can host up to 1364 spectators. You can also climb the roof of the opera house and enjoy the spectacular view of the Oslofjord. 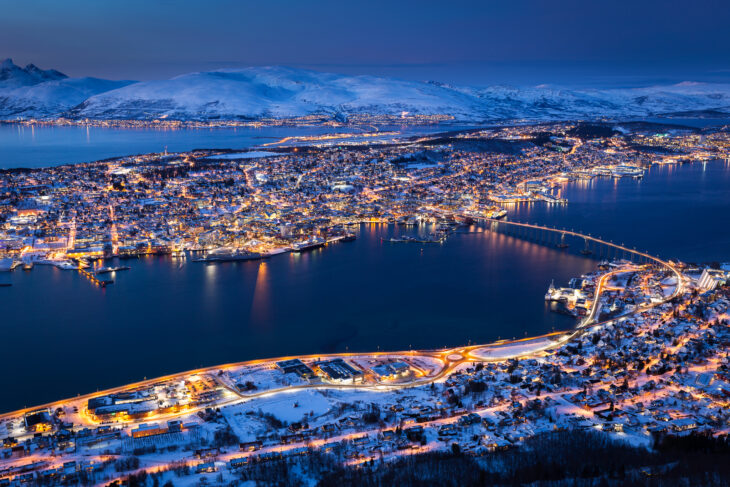 Being so close to the Arctic Circle (just 350km away), Tromsø is not the likeliest city you’ll decide to visit during your trip to Norway. But, the breathtaking nature will draw you to it and keep you there.

Talking about the wonders of nature, this city is one of the premier places to witness the magic of northern lights and the midnight sun!

Another place you should not miss during your visit to Tromsø is the Arctic Botanic Garden, where you’ll see a unique collection of indigenous plants, flowers as well as medicinal plants of all kinds.

And if you’re looking for a cold, rugged adventure, you can call up a tour operator and schedule a fjord cruise, see the wildlife and even rent out some fishing equipment and try your luck directly from the boat. 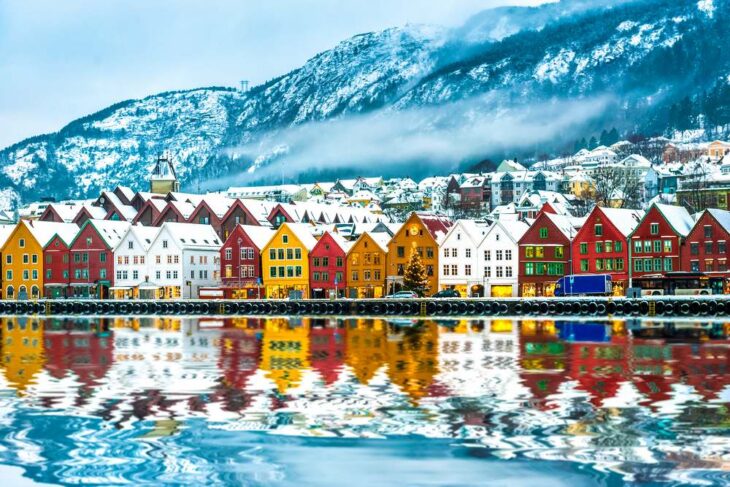 Bergen was once one of the largest cities in Norway and continues to be one of the most important economic centers in the country.

Of course, the city would not even be on our list if the economy is everything it was known for. On the contrary, the town is surrounded by seven mountains, beautiful fjords, and overall breathtaking nature.

One of the most prominent of these mountains is certainly Urliken. This mountain offers an unparalleled panoramic view of the entire city, especially if you use a cable car to climb it. You can also use a but, but the cable car is something you really should not miss.

But your adventure does not have to end once you’re at the top. If you’re feeling a bit adventurous, you should definitely try ziplining or paragliding.

Once we go past the natural beauties of Bergen, you should stop by a man-made wonder at the docks – a facade of colorful buildings established way back in the 14th century. These wooden structures have been recognized as a UNESCO heritage site and are a welcoming site for every visitor. 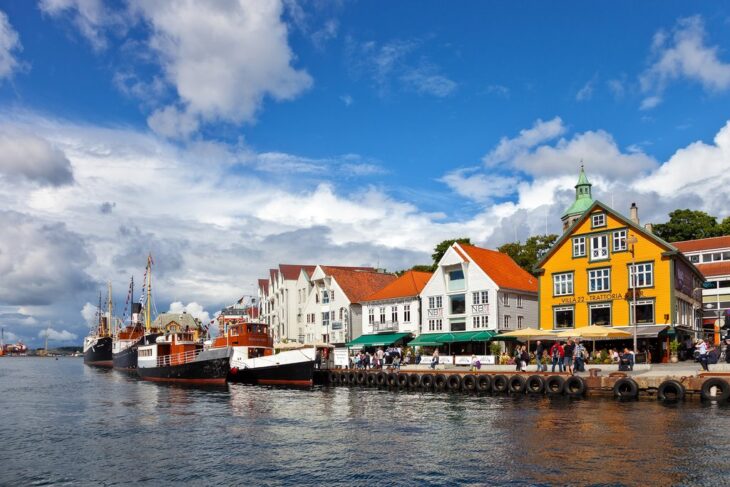 If you were to visit Stavanger way back in the 1800s, chances are you couldn’t even find it on the map. This city’s faith was radically transformed in the 20th century when vast quantities of oil were discovered close by.

From this point on, the city became known as the Oil Capital of Norway, with the headquarters of Equinor (the largest oil company in this region of the world) residing here.

Obviously, you’re not going to plan out your vacation around the history of oil extraction and exploration. So, what else is there to see here?

First on the list is the Old City, for sure. After the Second World War, the majority of the city was rebuilt in concrete. But a small portion of the city kept its wooden structures and is now the most beautiful neighborhood and well-liked by both local and foreign tourists.

You can also take a stroll to the Stavanger Cathedral, a marble of architecture dating back to the 12th century, Canning Museum (if you, for some strange reason, want to visit it), the Art Museum, as well as Stavanger Maritime Museum. 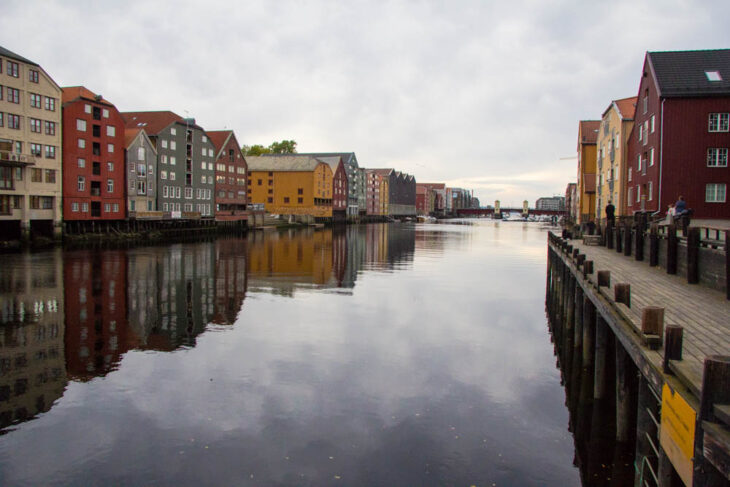 Though not the largest, Trondheim is the oldest established town in the whole of Norway. It was established by the Vikings way back in 997, and it kept its title as the country’s capital until 1217.

Obviously, the city is rich with history but also packed full of beautiful nature and breathtaking landscapes. One of the main attractions of the city is the Nidaros Cathedral.

The cathedral was built towards the end of the 11th century and is still, to this day, one of the most glamorous across Scandinavia. The church was repeatedly damaged through the centuries and was finally restored at the beginning of the nineteenth century.

Another one of Trondheim’s historic gems is the Kristiansten Fortress. Built in the early 17th century, it continued its grim service until recent years when it served as a jail in which the Nazis kept their prisoners, the heroes of the Norwegian Resistance.

Though it may not seem like it at first, Norway is a country rich in both cultural heritage and natural wonders unparalleled anywhere else in the world. So, if you don’t mind the cold, strap on a warm pair of shoes and set your bearing to Scandinavia.

Until you decide to do so, you can follow Forbrukerguiden, it’s a website dedicated to people looking to find out more about life in Norway. It will educate you about various areas of life here, the way you handle your finances, insurance, power bills, phone bills, and a lot more.

Niyah Smith, the Music Executive Who Succeeded in Following Dreams Despite Setbacks

7 Best Online Casinos in Norway You Must...

11 Top-Rated Mountain Resorts in Norway and How...