Puerto Rico is a land of song, magnificent sunsets, warm seas, lush vegetation, colorful reliefs. A truly breathtaking country. It has so many lovely traditions and one could never go home from there without bringing a tone of cute, traditional gifts for their beloved ones.

We’re bringing six most authentic gifts from this wonderful country that would delight anyone! 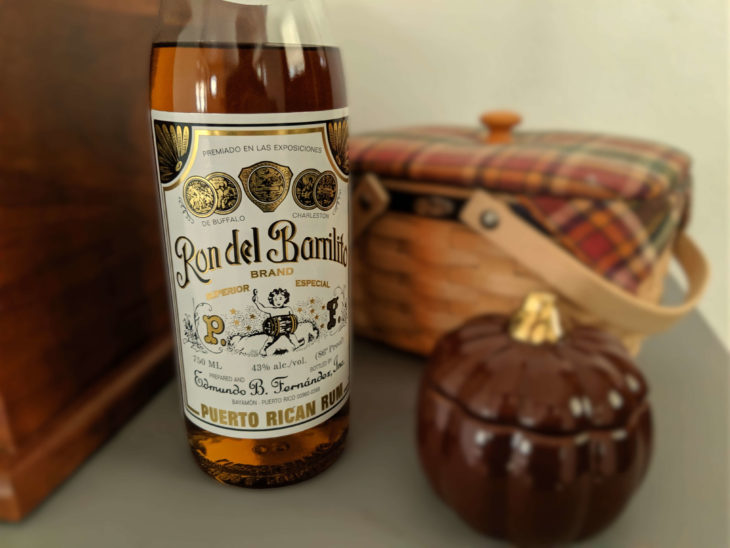 If your friends or family like to take a sip here and there, what could be better than bringing them authentic rum from Puerto Rico? Its invention, history and evolution or development was always closely linked to the Caribbean and its people, culture, and customs. The oldest types of known rums are those produced in Barbados, Jamaica, Martinique, British Virgin Islands and Guyana, called dark, with a slightly sweeter taste, due to the caramel used for coloring.

In addition to beer, rum is one of the most consumed beverages in Puerto Rico. The island is the largest producer of this liquor in the world, so it is no surprise that several distilleries of this drink are in the country. August 16 has been declared as World Rum Day and as good Puerto Ricans any occasion is perfect to celebrate with a stick of this liquor. Puerto Rican rum can be obtained white, amber and gold, and is the main ingredient of popular drinks such as pina colada, mojito and Cuba libre.

In Santo Domingo, Haiti, Puerto Rico and Cuba, a lighter, dryer and lighter rum are produced, whose alcoholic graduation ranges from 40º to 45º, in Cuba the alcoholic graduation varies from 34º to 45º. The aging of these rums is done in white oak barrels, some of them already used beforehand in the aging of Scotch whiskeys, French cognac or Spanish sherry. Undoubtedly, aged rums are preferred by consumers, although the sale price, so in case you would like to show somebody that you care, a bottle of this liquid gold will do wonders. Bacardí, Don Q, Club Caribe, Palo Viejo, and Ron del Barrilito are some of the favorite brands of Puerto Ricans when it comes to a good bottle of rum. 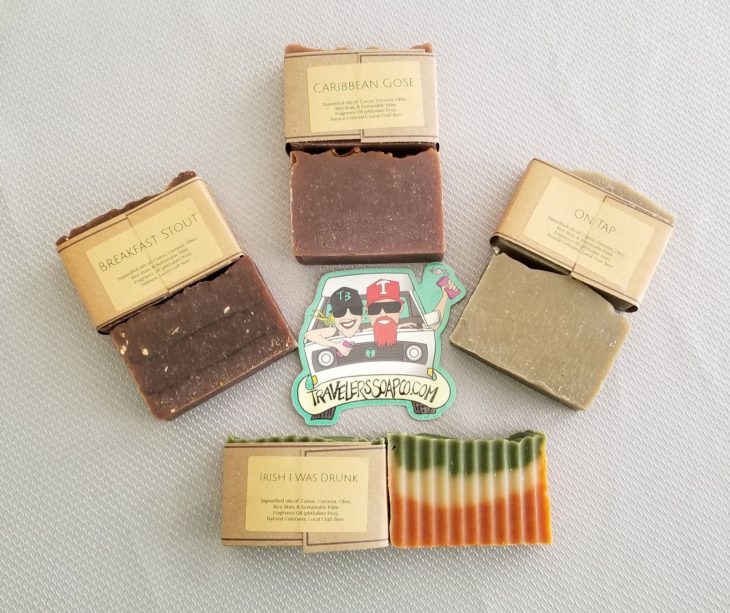 This gift would be perfect for the ones that take care of their health and appearance – an authentic Caribbean handmade soap! This product is a family business idea that exists for almost 19 years and its creators have always been focusing on an idea to make something natural. Of natural ingredients like olive oil, aloe vera, sea salt, and honey, but also some essential oils that truly have therapeutical features and give an amazing, but natural fragrance to the soaps. Visit the Caribbean Soaps website and get a homemade soap for your close ones. 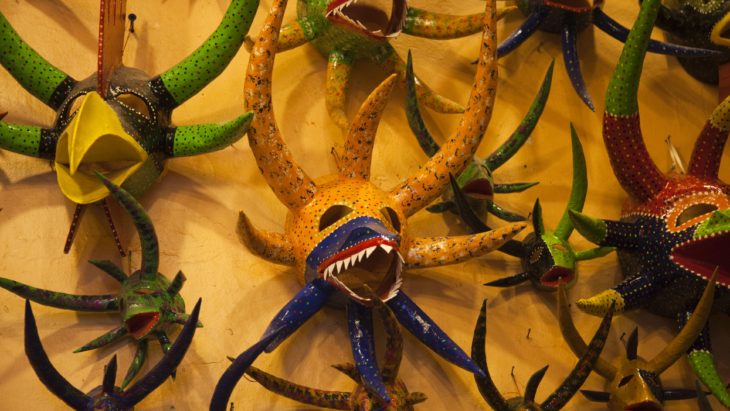 These kinds of masks and costumes are worn by people dressed as “vigilantes” – 11th-century Spanish Moors – in Puerto Rico during the Carnival era. The masks date from the 1700 Spanish traditions and represent a spiritual battle between the Apostle Santiago and the Spanish Muslims.

There are several versions of the origin and meanings of the masks. One of them mentions that this native mask of the Ponce Carnival made with papier-mâché is the final balance of the integration of concepts of the Spanish, Tai and African mask types. It’s also said that its origin is located in the beach of the Ponce hood, where the slaughterhouse was located since the horns of the mask were taken from cattle, while their bladder was inflated like a balloon, painted and used to hit people. Hence the term “vejigante” (“vejiga” – a bladder) this handmade work has been so impressive and important for this country that it’s currently found in several museums and private collections around the world. It can also be a perfect souvenir for somebody that likes unique traditional ornaments. 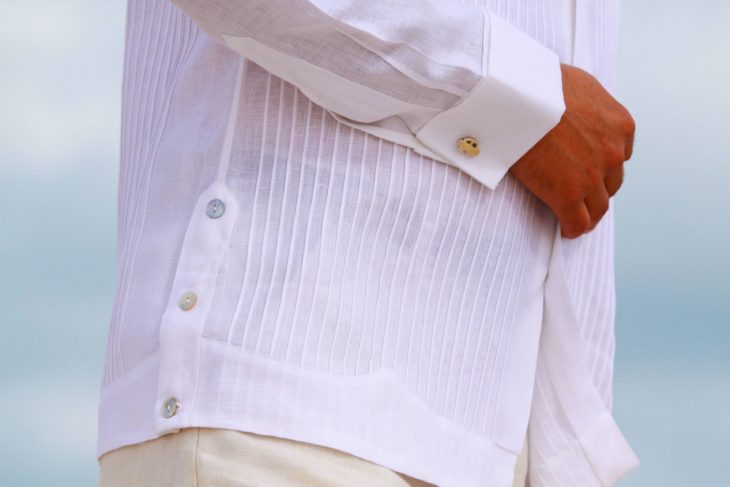 In spite of the great reach in its popularity, the circumstances of the origin and stylistic development of the guayabera are not known with exactitude. Pieces about the history of this shirt are found in different legends, archives, advertisements, historical photographs, articles and other sources of information from different centuries. This kind of shirt is a very popular and valued piece of clothes in Puerto Rico and therefore makes a super interesting present for someone who would like to feel closer to this country even if they were kilometers away from it and to feel its spirit. 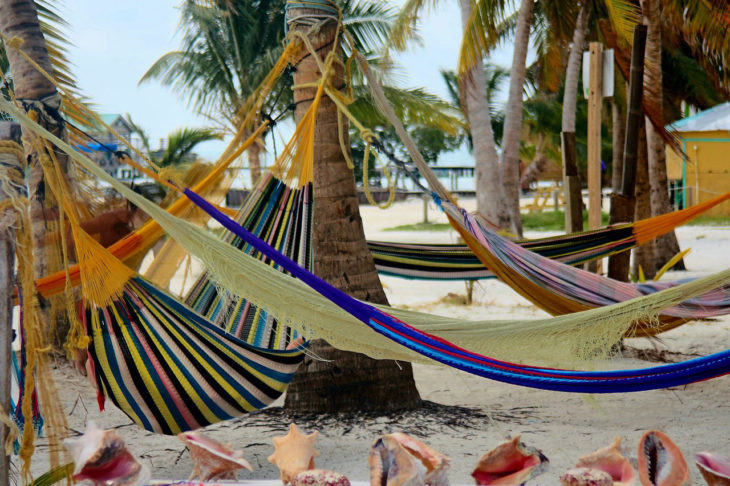 Hammock (chinchorros) is a kind of rather resistant, hanging sling as a means of rest and sleep for its owner. The hammocks have a manufacturing origin within the Central American indigenous people circles, but their use has been marketed throughout the world. Although the materials of manufacture throughout the time did not vary much, the technique did, giving different designs to the hammocks. The most popular ones are totally flat hammocks commonly used in the North American beaches.

The two main types of hammocks made in Puerto Rico are those that are made of regular cotton yarn and the ones made in a local cord called maguey. The thread is bought white and is dyed in different colors by the artisans in their workshops. Hammocks vary in size, color and material, so there must be many options to choose from. They are also made of different types of cords and that’s why the cost of their elaboration can reach up to 700 dollars.

So, if you love somebody and want them to rest as if they were lying comfortably in some of the most picturesque places in Puerto Rico – bring them a hammock as a unique and interesting gift they’ll never forget.

The trademark and mascot of Puerto Rico is the coqui frog, named after the weird sound it makes. This particular species only lives in Puerto Rico, and although many have tried to transfer it to other countries, it hasn’t been able to survive there. At dusk, males start warning other males to get out of their territory, or to summon a female by their uncommonly peculiar voices, which can sometimes last until dawn. This frog is considered a kind of national emblem in the popular imaginary – in the country, there are 17 species, some in serious danger of extinction due to the destruction of their habitat.

The figurines of these frogs are sold as a national symbol in almost every souvenir shop and have a truly special meaning for the people of Puerto Rico. So it’s no wonder that many tourists choose this particular item to carry back to their homes and to their beloved people as a memory.

Promoting Your YouTube Video For Free  – A Beginner’s Guide

5 Kinda Lame Things Single Women Do That Are Actually Fun

10 Reasons Why Luxury Gifts Are the Perfect...