Getting Some Insight Into the Traps From Home Alone

Home Alone turns 30 in 2022, meaning that audiences have had decades to make this exciting movie part of their Christmas traditions. One of the stars of the movie is definitely the traps that Kevin sets for burglars Marv and Harry. If you’re a Home Alone fan, mccallisterhouse.com will walk you through these traps, with a bit of extra insight into their usefulness.

Kevin starts out simply, shooting Harry and Marv through the dog door with his BB gun. This is one of the less dangerous or even deadly traps that Kevin plants through the movie, although a BB gun at close range can definitely cause damage, especially if it hits the wrong place. 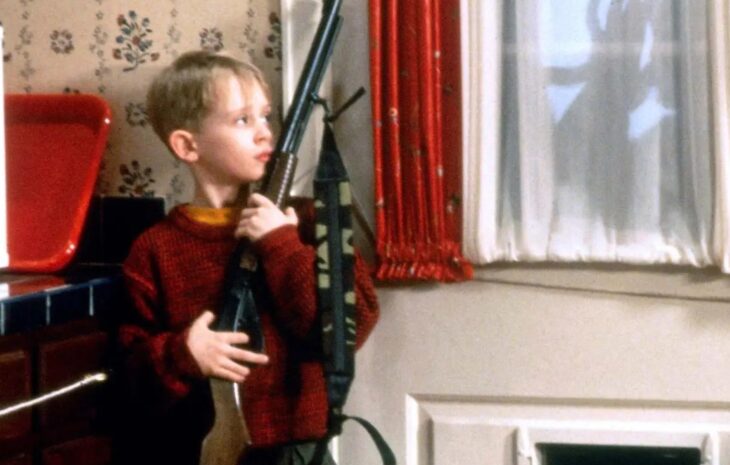 Next up, Kevin pours water all over the steps of the house. This includes the home’s front steps as well as the outdoor basement steps, causing Harry and Marv to slip and fall on the ice-covered steps. Marv moves toward the basement, while Harry tries to approach the front door.

Marv does eventually make his way into the basement. Once there, he pulls a string that he assumes will turn on the overhead light, but he’s incorrect; Kevin has set up a fake string that causes a hot iron to fall onto Marv’s face. This is one of the more potentially deadly traps; the weight of the iron would almost certainly have caused fractures in the skull. 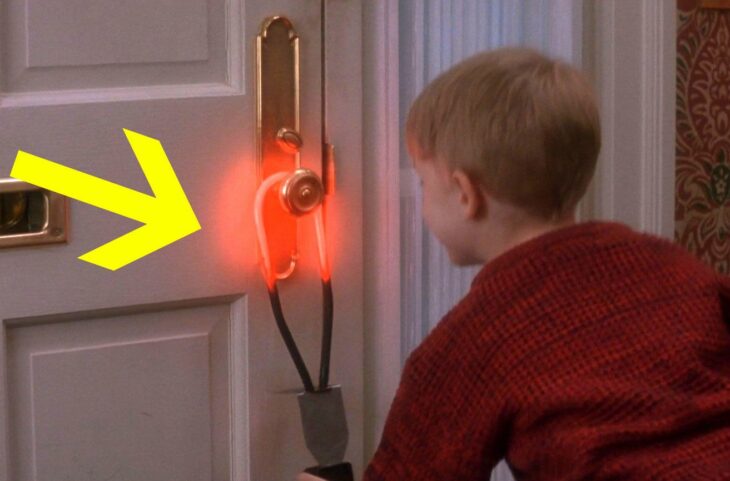 Harry tries a more straightforward approach to entering the home, attempting to walk in through the front door. However, Kevin has used a barbeque starter to heat the doorknob from the inside, heating both sides of the doorknob to be red-hot. When Harry tries to open the door, the doorknob ends up burning his hand and branding it with an “M.”

Marv next attempts to move up into the rest of the home through the basement stairs. However, Kevin had poured tar all over the stairs, causing him to lose his shoes and socks, then step on a nail barefoot. That means Marv is barefoot for the rest of the movie, which opens him up to many more accidents. It could also be potentially deadly for Marv, as this nail could have rust on it, causing tetanus.

6. Blowtorch at the Back Door

Frustrated by his front-door attempts, Harry moves to the back door. The back door of the home definitely seems like a much simpler process to enter than the front. However, although it seems easy to enter into the back door, Harry has actually walked right into a trap. A blowtorch trap sets fire to the top of his head in one of the more recognizable scenes from the movie.

In this multi-step process, Harry walks into glue-covered plastic wrap, covering him with powerful caulking glue. Then, a fan blows feathers all over him, creating a “chicken suit” for him. It mimics the old “tarring and feathering” process, although that process was much more debilitating for the victim; this one’s much more conducive to a comedy Christmas movie. 9. Toy Cars at the Bottom of the Stairs

Marv and Harry next move to the stairs together, reuniting. By leaving a huge variety of toy cars at the bottom of the stairs, Kevin allows Marv and Harry to slip, trip, and fall all over the stairs. The small size of the cars makes it almost impossible for them to avoid, and they end up falling all over each other. 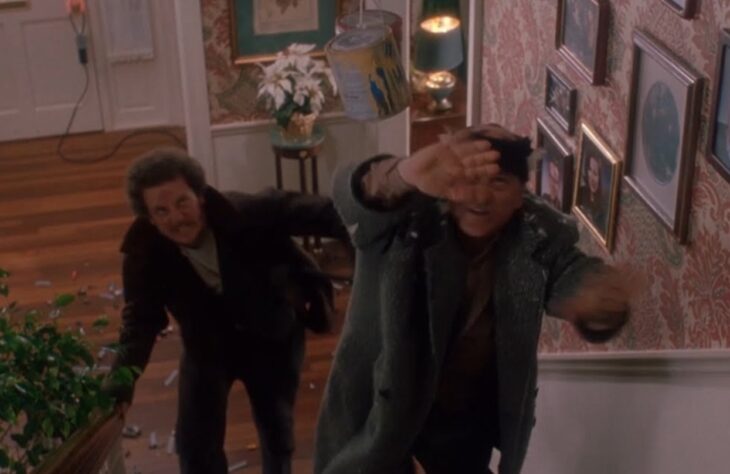 10. Paint Cans at the Top of the Stairs

Eventually, these two burglars do recover and attempt to make their way up the stairs together. As Marv and Harry attempt to climb the stairs, another one of Kevin’s traps hit them. With paint cans tied to the top railing of the stairs, Kevin is able to hit them both in the face with heavy cans. Again, this is potentially deadly; the weight of the paint cans combined with their trajectory could seriously injure these burglars.

11. Tripwire Above the Stairs

At this point, Harry attempts to chase Kevin directly because Kevin is still standing on the top of the stairs, watching the burglars make their way up to the second story. Kevin runs back away from the burglars, causing Harry to run into a tripwire as he attempts to chase the child into a bedroom. Because Harry is so angry about Kevin’s traps, he doesn’t even notice the tripwire. 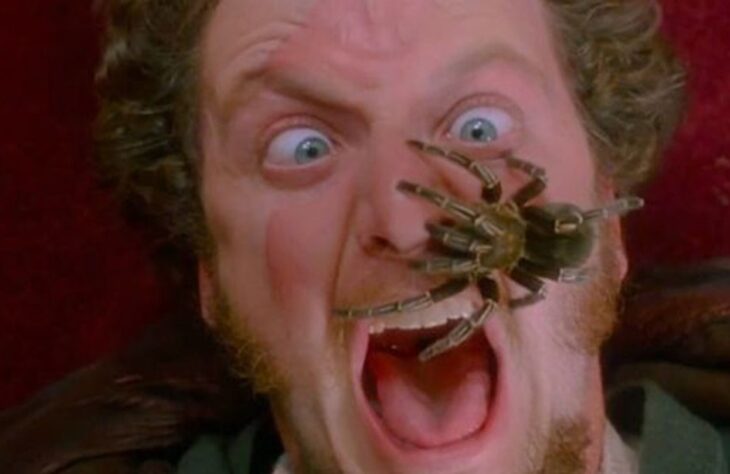 This might not be a trap, per se, but it is a clever way for Kevin to get out of some of these burglar problems. Once Marv thinks he’s captured Kevin, the boy throws his brother’s pet tarantula on Marv’s face, causing him to freak out. The tarantula might not be a “trap,” but Kevin should be grateful that his brother had the pet tarantula in the first place.

13. Rope Across to the Treehouse

Last, but certainly not least, Kevin escapes to a treehouse that’s connected to the rest of the home with a rope. Harry and Marv attempt to follow him, but he uses pruning shears to cut the rope, causing them to swing down into a brick wall. This is another trap that would almost certainly result in serious problems for the burglars and could even kill them.

There are all sorts of crazy traps in the Home Alone story. Whether Home Alone has been a crucial part of your celebrations for years or you’ll be watching it for the first time this year, understanding a bit more about the traps is always an interesting way to spend some of your summer.

What Is Equity Trading and How Does It Work – 2022 Guide

What To Do When A Water Pipe Bursts...