He was everything a girl could have ever wanted. Smart, handsome, a steady job, well-dressed, and French, Pierre met all of my requirements for boyfriend material. Our relationship — which lasted a little over a year — began when I was studying in Paris during my junior year abroad. I was lonely and depressed from a series of romantic failures and friendships gone awry, and he was getting over a broken heart. We met in a Parisian café on a cold March night and instantly hit it off. It was just like something out of a cheesy romantic comedy.

Except for the fact that Pierre was 30 years older than me.

I met him right after turning 21; he was 51. While some might be put off by the fact that he could have easily been my father, I have to say that Pierre looked a lot younger than he really was. Without one gray hair on his head, relatively minimal wrinkles, and absolutely no sunspots, he could have passed for a man in his early 40s. Not to mention that he was incredibly sexy in a George-Clooney-cum-Colin-Firth way. 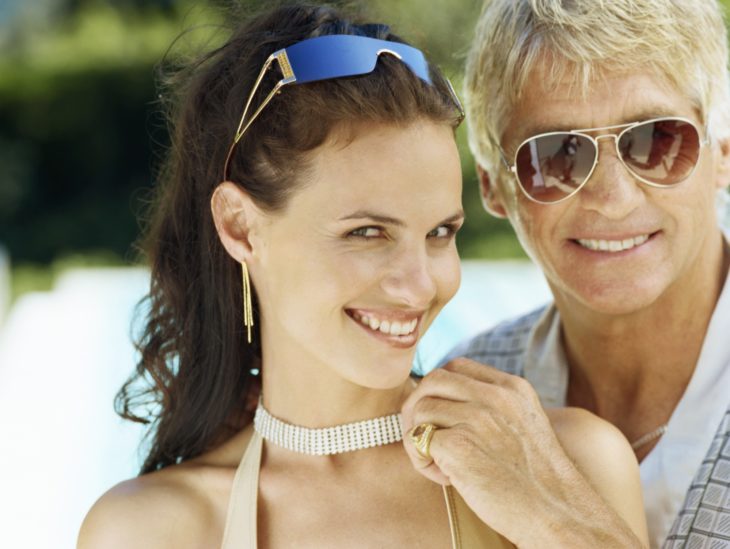 Many people must have thought that our relationship was purely superficial, that I was exploiting him for the benefits that come with age, and that he was nursing a midlife crisis with a naïve college student. But, honestly, it was probably the least superficial romantic experience I’d ever had in my life. Until then, I had only known empty conversations over beer at run-down dive bars; awkward text message exchanges that would always end when I sent something sounding too eager; or, even more common, starting a “casual thing” with someone that would entail “hanging out” once a week — an event that would induce an overwhelming sense of loneliness that only seemed to be magnified by the act of sleeping with someone who didn’t give a shit about me.

In a way, Pierre, with all of his 51 years, taught me what it felt like to be in a real, functioning, and healthy relationship. After striking up a conversation with him that night in the café, we ended up talking for what seemed like hours. One thing naturally led to another, and next thing I know we were kissing each other goodnight. I saw him the next day. And the next. And the next. Two weeks following that, he brought me to Rome on a business trip. We never officially became a couple, but the effects of the pasta, wine, and all of Rome’s glorified romanticism never wore off from that moment on.

And we did things that all normal couples did. We went out to dinner, watched movies, texted each other all day long, and, of course, had great sex, especially in the beginning of the relationship. Sometimes we’d bicker over petty things; oftentimes I’d get annoyed with certain habits of his, and he never got used to the fact that I insisted on setting an alarm clock during the weekend. Albeit with a 30-year age difference, we would have probably been a regular, boring couple. 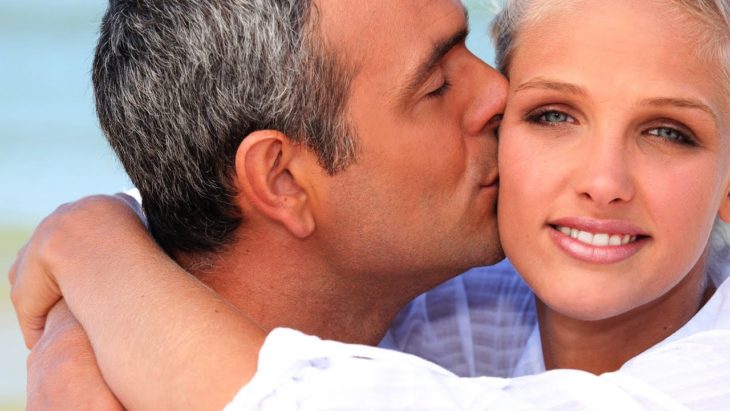 Like any other college girl, I talked about Pierre every chance I could with friends and classmates. Most of them were disgusted; others were intrigued. Some were even jealous. I was, after all, dating an attractive older French man. After a few months passed by, I was brave enough to introduce Pierre to some girlfriends. There was one instance when he came to say hello to a group of them on the street. They all shyly introduced themselves, as if they were in an intimidating interview. There was another time when we invited my American friend Becca over for dinner at his house; I can’t help but laugh thinking about how impressed she was by his “domesticity.” She had never seen a “real” man’s home where the dishes were done, clothes were folded, and tasteful art was hung on the walls.

My peers aside, our relationship posed some challenges for Pierre as well. When I met him, he had recently separated from his now ex-wife and she wasn’t pleased to learn that he was seeing a much younger woman. Once we were having lunch in a restaurant next to his office, and we ran into two women he knew from work. Upon recognizing Pierre, they approached our table and awkwardly stopped to glance me over. They quickly chatted with him and smiled at me, but the iciness in their voices said everything.

Plenty of people disapprovingly looked at us holding hands in restaurants, on the street, or in the metro. Women gawked at me with disdain, assuming that Pierre was married and that I was his younger mistress or a professional escort. One day, Pierre’s son, who was a mere one year younger than me (and to whom we didn’t want to disclose our relationship), accidentally found my passport stashed away on a shelf in his father’s house when he went to pick something up. He called his father completely hysterical, outraged by the fact that he was seeing someone who was practically his age. 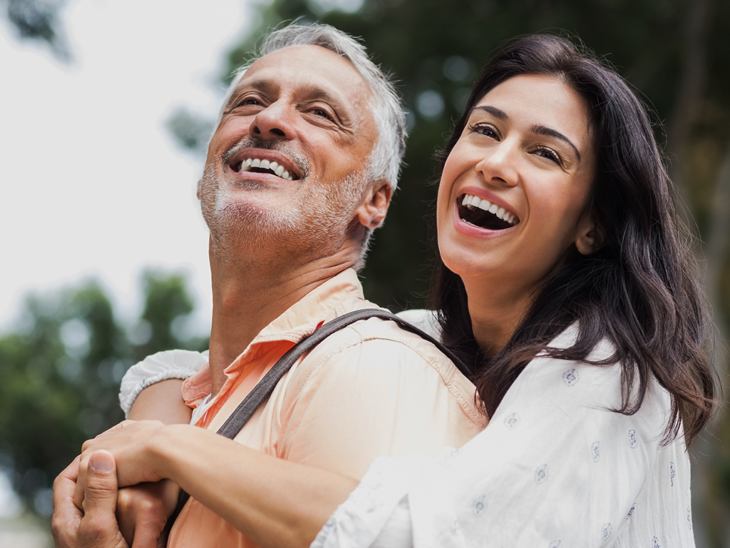 I eventually had to come back to the United States to finish my senior year of college, and Pierre and I began to drift away from one another. Skype, text messaging, and e-mails weren’t the same as waking up to one another or having the smell of his cologne linger on my clothes.

As was the case before Pierre, I returned to encounters and misunderstandings with more age-appropriate men. After all of the boring dinners and trivial coffee dates, I’d always think about Pierre and the way his wrinkles would be magnified when he smiled, and how he’d make me laugh with his jokes about the “problems of my generation.” Ultimately I don’t regret dating somebody who will be an old man when I’m still relatively young in my 30s and 40s. Who knows? Maybe I’ll be in the same situation when I’m 50 or 60 years old. After all, it was Audrey Hepburn who once said, “And the beauty of a woman, with passing years, only grows!”

The Thing About Casual Sex

Exercise Could Be An Important Treatment for ADHD