True Story: I Got Fired

I got fired on a Friday, just before lunchtime. No one stood over me as I gathered my coffee mug and my photos, I wasn’t escorted out of the door. I said two goodbyes, covertly, outside the office building. The actual firing was all done over the phone and they told me I didn’t have to finish the day, as though they were doing me a favor. A quiet rage made my hands shake as I said “Thank you for your time” and put down the receiver.

To say I was miserable at that last job would be would be an understatement at best, a goddamn lie at worst. My alarm would go off and I would start dreaming up excuses for skipping work, but most weren’t good enough. Sometimes during lunch I called my dad crying; I almost always left with my shoulders tight and my jaw clenched. So getting fired brought relief tempered with nastier things I didn’t quite expect. 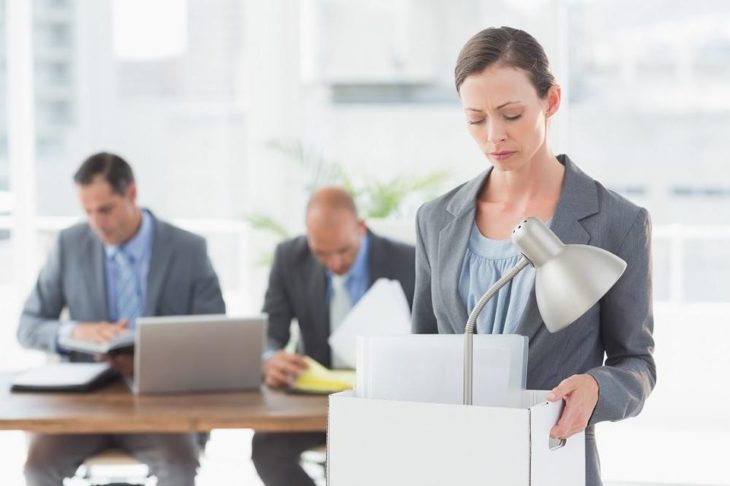 The day I got fired was blindingly bright and brutally cold, but I took a walk around the block with a coworker anyway. I texted a few friends: can you believe this bitch fired me? It came out with joking disbelief, but I knew in the space somewhere above my belly button it was very real. Most of my friends thought I would head straight for the bar, some wanted to join me there. “Thanks, but I’m going to take a nap.” When I woke up from my nap the sun was setting and I kicked myself, because how stupid do you have to be to get fired from a job you hate?

My first Monday as an unemployed person, I woke up early and made a big breakfast on a nice plate. It helped ease the isolation I felt from my friends, who were carrying on with their grown up lives sitting at desks and taking conference calls. I envied them, with their paychecks and their nice, neat schedules. But I had my own schedule that day. A week before, I’d planned to meet my parents for lunch near my job. I debated meeting them near my former office and springing the news on them over pad thai, but I took a deep breath and explained over the phone. “Bottom line, I got fired but I’m working on it.” I had been vocal with my parents about working for someone who was unqualified and petty; they were very up to date on my ex-boss’ transgressions.

We had a long, leisurely lunch near my apartment–I had two cocktails–and my mom gently told me some things I could’ve done differently, ways I could’ve worked around my bitterness and my inept boss. I nodded because she was right. Cringing, I realized maybe my parents wouldn’t brag about me to their friends for a bit, but I was happy for their support. Take it as a learning experience, because at least this happened when you were young. It was, they told me, an opportunity.

And so I tried to take it as one. I woke up no later than 9:30 on weekdays. I registered for unemployment, I looked for jobs, and then I took time for myself: to bake bread, to learn to sew, to try spin class. I envisioned self-discovery and introspection of Eat Pray Love proportions and I made jokes. “The good thing about unemployment is I don’t have to wear clothes–my broke ass is saving so much on laundry!” I told the friends and acquaintances I liked best, plus my bartender, and watched the faces closely to see which showed shame or derision or something else. I celebrated it all as funemployment and it worked for the daytime, most of the time. But sometimes at night I could feel my chest tightening with anxiety that would maybe, possibly — please, God, is this happening? – tip over into a panic attack. Before, I’d been an infrequent weed smoker, sharing a blunt that a friend might bring to a party. But I found I needed the pipe I’d bought the day of the firing to dissolve the clenching in my chest so I could watch Netflix before sleep. 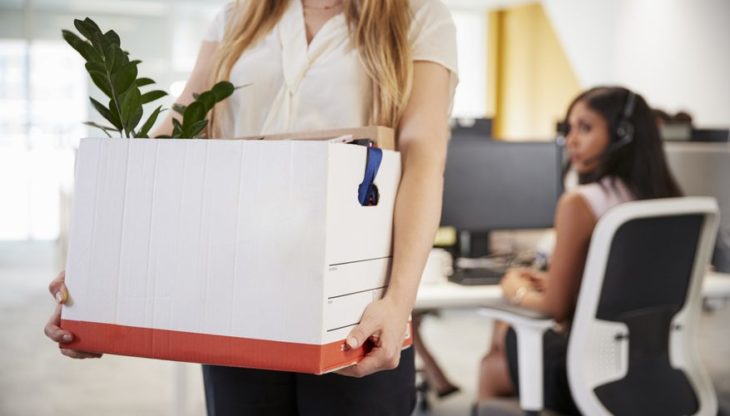 Week four of unemployment snuck up on me quickly. I hadn’t bounced back like I thought I would; there were lots of emails going out but no interviews coming in, and it had to be because I was worthless. One Sunday, I sat down to cheer myself up with some TV and found I couldn’t get off the couch. I was crushed into the cushions by dozens of feelings, all looming huge and horrible. Because here is the thing you don’t realize about work until you don’t have it: work tells you you’re going somewhere, you’re some use to someone. You don’t have the tyranny of lots of little decisions. One friend called my unemployment my vacation, another urged me to enjoy it because work sucks, but unemployment was full of stuff to do. To do lists on Post-It notes or in my phone didn’t account for enough of my time and yet hours slipped by without my knowing what I’d filled them with; the list hardly seemed to get smaller. The job that made me feel trapped, the boss who pissed me off, gave me a position to play. That position is everything especially in a city like New York, where what you do is nearly impossible to separate from who you are, and who you are better be fascinating and important.

In week six of unemployment, I got offered a job. A temp job, nothing terribly exciting, but my interviewer loved me. I now have a schedule to cling to and a bigger check to look forward to each week. The happy ending to this all would be to say I cast off the shame of my unemployment and stopped tying my self-worth to how I make my living. That hasn’t happened yet. Maybe it will at my next job.

When Things Get More Complicated