True Story: I Shouted Down A Naked Dude In My Coffee Shop

Every freelancer knows that working at a coffee shop comes with distractions. Cell-phone yappers and crying babies come with the territory. Penises, though—well, that was a new one.

I was checking my email and enjoying a morning latte at a café near my home in Philadelphia when I was interrupted: “Excuse me, would you like a flyer?” I turned my head and there, a foot away from my face, was a very large, hairy ball sack with a very small penis perched above it.

I don’t know about you, but I find suddenly coming face-to-junk with a strange man to be pretty alarming. When you’re ambushed by someone’s dick it’s almost always a sexual assault, whether the offender is a flasher, a subway masturbator, or a full-on rapist. So my instinctual response was to leap up, heart pounding, and scream, “GET THE HELL AWAY FROM ME!”

Once I did that, I got a look at the man’s face—and recognized him instantly. I’d encountered him a few months before, at a “sex-positive” event, where I heard him describe his favorite ways to flash people in elevators. Afterward he’d approached me for a creepy, arm-stroking handshake while staring at my breasts. He’d also offered me a promotional flyer for the Philadelphia Naked Bike Ride. 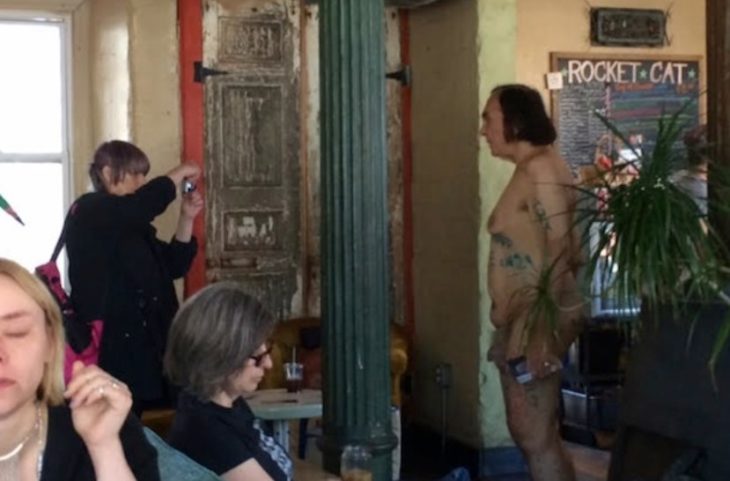 When I realized that this was the creeper whose sausage had just come much too close to my bagel, I raised holy hell, shouting that I knew he was a predator and that he needed to step away from the two toddlers who were standing about three feet from his fully displayed package. He snarled at me and yelled that I was a “Spockist” (a reference, I gather, to Benjamin Spock’s theories on children and adult nudity). It was about body positivity, he shouted, and I was a prude. His body parts were labeled with paint—“ASS,” “LEG”—and something about the bike ride was written on his side. Otherwise, he wore only socks and shoes.

I approached the baristas for help, but was informed—rather sheepishly—that the café owner, who was nowhere to be found, had given permission. (What a great boss!) A few other patrons whispered their thanks, but no one else spoke up. As I liveblogged the incident on Facebook, Twitter, and Yelp, complete with photos, a few friends spoke up to say that they recognized him as their stalker. 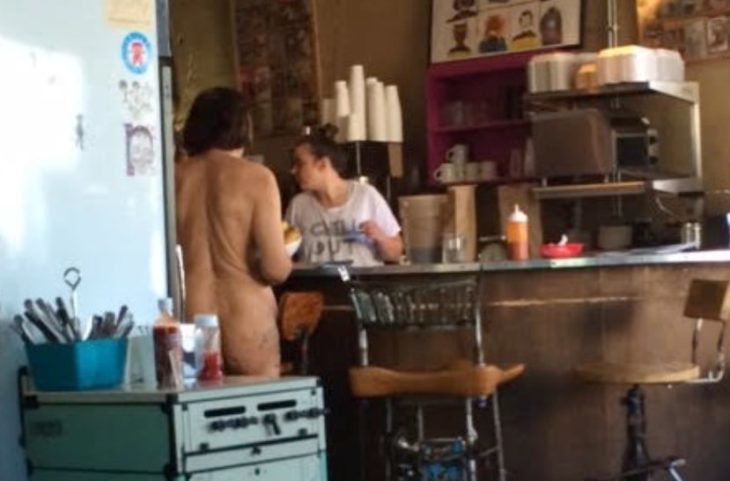 I’m no fan of the Philly police, but I wasn’t about to let a predator lurk naked in the corner of my local coffee joint like something out of everybody’s worst nightmare. I gave the 911 operator a great story to tell, but this being Philadelphia, the cops never showed. It took more than an hour for Tom Dimitriou (aliases: Tommy D, Tommy Nutsack, Tommy D. Naked-Man) to leave. I stuck around, partly to see what the cops would do and partly because I’m just that stubborn. We had a few more shouting matches before he put his clothes on and took off. The business owner later issued a rather half-assed apology on Facebook.

In a blog post Monday, Philadelphia Magazine quoted the unapologetic Dimitriou: “I had permission from the owner. I figured that’s good enough. This thing about consent is an affront to our civil liberties. . . . That business about nudity hurting children is a lot of baloney.” 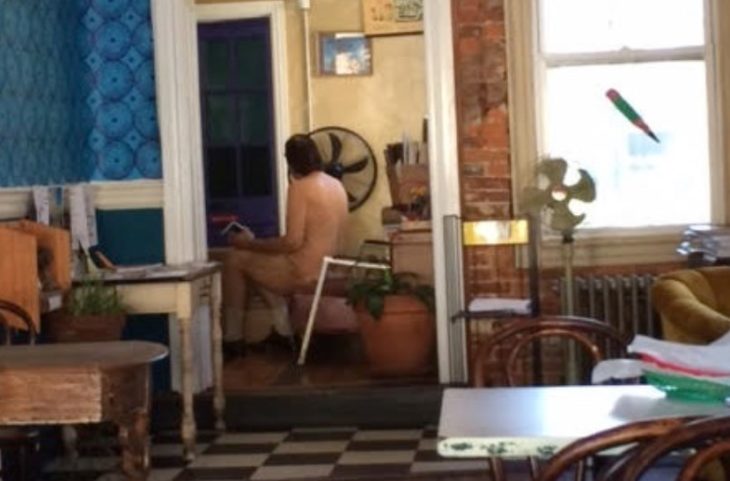 An act isn’t “body positive” or “sex positive” just because you say so. In a country where a sexual assault happens every 107 seconds and 98% of rapists are never jailed, you don’t get to complain when women respond with alarm to a sudden scrotum in the face. As for the owner’s consent, it means nothing when customers haven’t been informed that entering the property will mean a helping of pork and beans with their morning coffee.

As for small children, maybe you’re right that nudity doesn’t harm them—but there’s a huge difference between seeing your dad step into the shower and having a stranger swing his nuts in your face at a coffee shop. Your “civil liberties” don’t extend to flashing my five-year-old.

Now, I’ve organized for Slutwalks and Love Your Body Day events. I’m all for body love, nudity, and sexual freedom—among consenting adults. When you display your genitals without consent or around minors, though, what you’re doing isn’t “art.” It’s assault.

How to Watch the American Netflix Library?

What Are “Libido Fairies”?

True Story: My Body’s Nobody’s Business But My...