Who is Kim Kardashian’s Idol?

When you have a vast fan base of people who admire you and probably the same amount that hates you, there is no denying that with her 10 minutes of fame she turned into ten years of wealth.

And if you don’t admire how she became famous, you have to admire how she’s promoting her self and her family, and the way she keeps entertaining the fans.

We often forget that the people we see on television they also have someone they look up to, someone to adore. So, who does Kim K idolize?

Kim Kardashian had a chance to sit down with the famous actress and in an interview, ask her a few questions. But the first thing she said is that Elizabeth is her idol and that she is a few husbands and a couple of rocks behind. Even if that last part is amusing, she did say you are my idol.
Kim proceeded to ask Elizabeth about her roles in movies, especially about the role of Cleopatra, to which she replied it was admirable to play a woman that was so iconic, and so passionate. For Elizabeth from that passion comes everything else, being a good mother, a businesswoman. 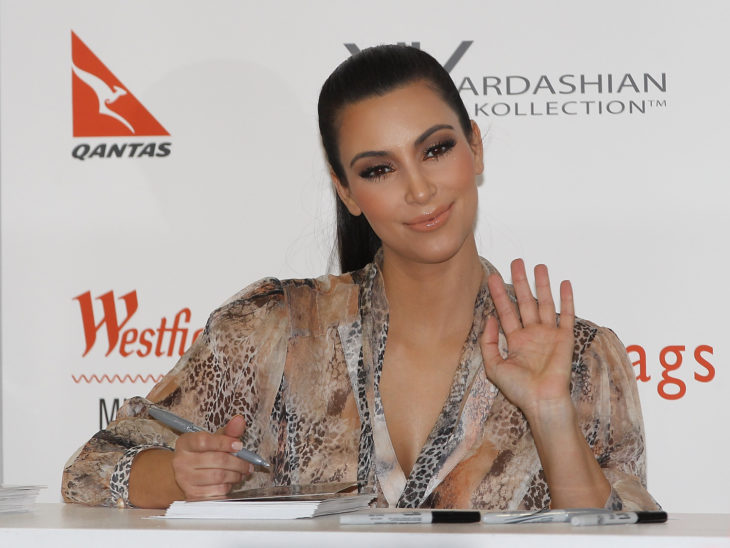 Elizabeth at the time of that interview had a substantial amount of jewelry, and why is that important, Kim knew the names of three diamond rings that late actress had. Kim said I’m huge Elizabeth Taylor geek. She loves and knows a lot about the actress.

After the passing of the actress, Kim bought 65,000 worth of jewels from an auction that was held selling Elizabeth’s collection.

Kardashian even got a fashion cover, on which she was honoring Elizabeth Taylor’s role of Cleopatra, with some of the most expensive gown and jewels by famous designers.

Is Kim admiring Taylor too much even in everyday life

Mrs. West Collection is dropping this Friday on my actual anniversary kkwbeauty.com. I have sent this collection of shadows, blush, hi lighter, lip stick, lip liner and gloss to all of my friends and I have never gotten a response like this from everyone loving the colors so much! Makes me so happy! I know you all will love it ✨

Kim Kardashian honors the same three things as Taylor, motherhood, business, being an activist. They are not the same however it seems that Kim looks up to the goods and deeds of Taylor in all three regards.

That being said, Taylor used her popularity to increase awareness about AIDS, and Kim is also using her fame to do good. Even if they are not the same, it is sure that Kardashian picked a good role model for herself.

Ask A Sex Surrogate: 6 Tips For Dealing With Premature Ejaculation 2022