True Story: I Volunteered As An Abortion Clinic Escort

Look at me. Look in my eyes. Let me tell you why I’m here. I’m here because I figure that the women who come here have already agonized over this decision enough. They have considered their own circumstances, looked at all the options, and come to the best possible decision that they can make. Once they get here, they deserve support. So please don’t listen to those people, because they aren’t listening to you. Only you know your story, and only you have the right to tell it.”

Clinic escorts are never supposed to say “good morning.” We are taught to never presume anything about the women and men whom we guide into the clinic, including however good or bad their morning is going. I usually ask them if they had trouble finding the clinic or I make a generic comment about the weather. During these raw moments of extreme vulnerability, I would rather that they judge my clichés than focus on the self-righteous hate speech emanating from the protestors. Most of the time, I am able to get them safely from their cars to the front door of the health center with little more than comments about traffic and Google maps. But sometimes it’s not that simple. 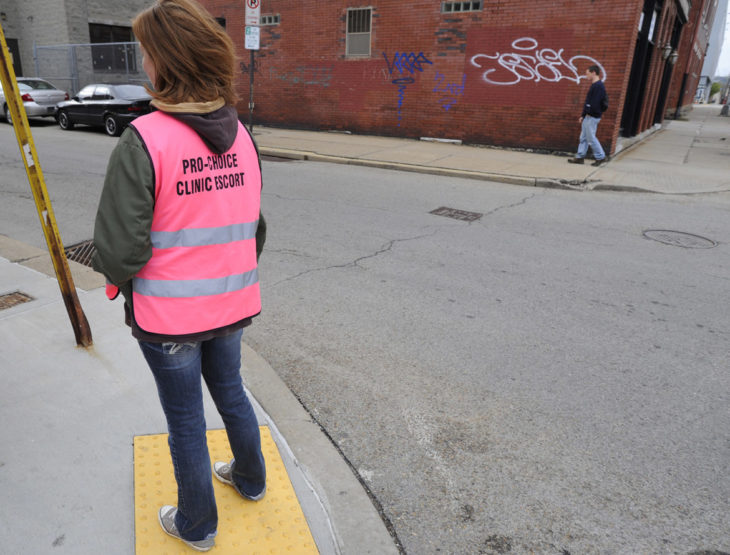 On my first day as a clinic escort, I was horrified by the cruel protestors. New to the game as I was, I couldn’t understand how anyone could see a scared woman and feel the need to publicly shame her. Their behavior was appalling. Their humanity was questionable. But for the most of the morning, I did not focus on the fear-mongering extremists. I wanted to help the women and no one else mattered. My selective deafness worked well for most of the day, until a young woman came out of the clinic and went to her car to smoke a cigarette.

She had barely taken her first puff before the anti-choicers surrounded her like demonic soul suckers. A woman with sign covered in doll heads kept saying, “We know the best doctors. You need to see our doctors before you do this.” But the man with the grotesque sign kept yelling, “What’s the real truth? Why are you really doing this to your child?” When I got to the woman’s car I began to understand the impetus behind the protestors screaming. This young woman was shaking and repeatedly telling the protestors her diagnosis. She had visited multiple high risk OBGYNs, and every single one had told her that she wouldn’t survive this pregnancy. 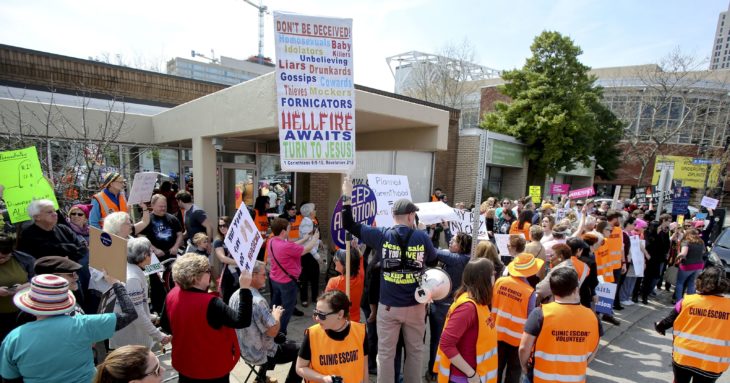 I did the only thing that made sense at the time. I put my body in between her and the determined zealots. When I caught her eye, I was able to calm her down by telling her the reasons why I chose to become a clinic escort. Once she had calmed down enough to speak coherently, she began to tell me her story. She already had a very young son. He was healthy now, but he was very sick when he was born. In fact, the delivery had left her in a coma for a month and her son was in a coma for three months. She loved him so much. So when she found herself pregnant again, she didn’t want an abortion. But her doctors had made it very clear that another pregnancy would kill her. Despite her desire to continue the pregnancy, she couldn’t risk leaving her son motherless. 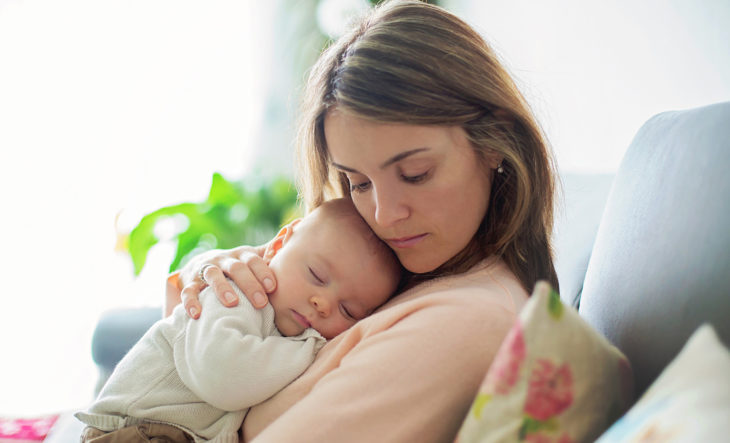 When she finished her cigarette, I walked her back to the clinic doors. On the stairs in front of the clinic, she reached out and squeezed my hand.

Whenever I feel like this work is too much to bear, I remember her. Not because she “needed” me, and not because she was upset. I remember her because during one of the hardest moments of her life, she looked me in the eye and thanked me for my compassion. As if my sympathy was a gift, and not a natural human response. Empathy should be an expectation, not a shock.

I stand with women because caring is still radical.

And if it were me, I couldn’t do it alone. 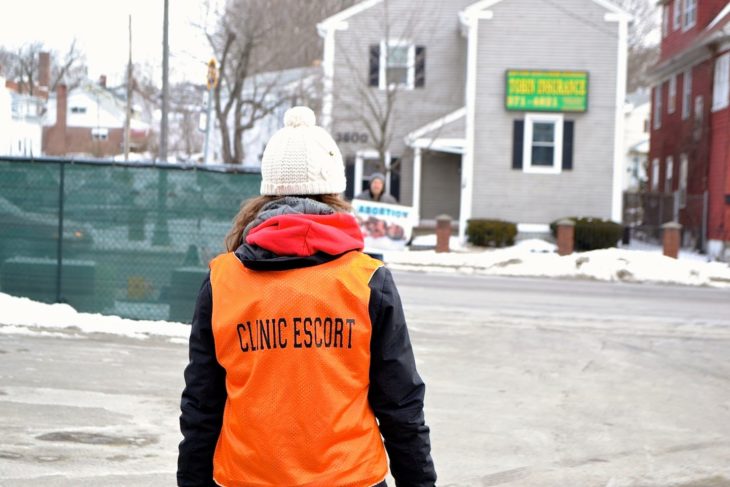 Caitlin Bancroft is a law student at The George Washington University Law School and a feminist loudmouth.

Is Meghan a typical American who always says what she thinks?

The Ideal Resume – How To Write One...