True Story: I’m A Travel Writer Who Has Never Had A Vacation Hookup

I’m a travel writer. I’ve visited Seoul, Santiago, and Vancouver in the past few months alone. My job sounds pretty glamorous on paper: I get to sample exotic foods, visit locations that others own dream about, and meet people from all over the world.

But there is a less glamorous side, too. I usually either travel solo or with a group of other travel writers on an organized press trip — that means that I am spending the majority of my time by myself or with a bunch of people I barely know. Given these circumstances, the number one question people ask about my job is whether I have had any hot vacation hookups. Here’s the sad and possibly surprising answer: nope. While I might stay in hotel rooms with heart-shaped bathtubs, I sleep in their king-sized beds alone.

As a girl, my traveler/writer icons were people like Paul Bowles, author of The Sheltering Sky. The real-life Bowles traveled from New York to Morocco to Paris to Sri Lanka, and I dreamed of doing the same. Or perhaps I could be like Ernest Hemingway, bumming around a surprisingly cheap Europe without any mention of visa problems, writing bits of journalism here and there but always having time for oysters and white wine in the middle of the day. But there were few models of how this life might look for a woman. There was just Hadley Hemingway, dragged from flat to flat, home with a baby while her husband roamed Paris, and Jane Bowles, the alcoholic who never got better. Mostly I’ve had to forge my path as a female solo traveler by myself. 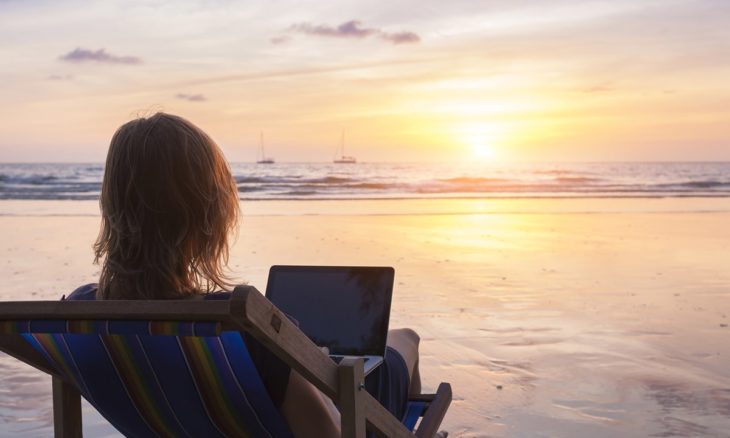 My work schedule while traveling is usually sightsee by day, write and sleep by night. That doesn’t always leave time to sit langorously in hotel bars, flirting with men who can’t pronounce my name. Some of the times I went off on trips I was in a relationship back home;  although it works for some people I’ve never been a believer in the “if it’s in another country it doesn’t count” philosophy. Even when I travel as part of a groups, I spend a lot of time by myself, writing alone in hotel rooms at 2a.m. because I’m so jet-lagged I barely know what day it is.

The truth is, as a woman traveling alone, a handsome stranger can seem more dangerous than sexy. Most of the places where you can meet a cute guy amenable to a hookup or two are bars. However, I don’t bar-hop by myself as a general rule, especially not in places where I don’t speak the language or where I’m concerned about my safety. Of course I meet still meet single men throughout my travels. But even though Philippe had a plummy accent and a waiting Vespa, all I could think about was Natalee Holloway, sleeping under the Aruban sand. And though Thomas had a laugh like a forgotten bird and I wanted nothing more than to go back round to his flat, I didn’t have cash for a taxi or a backup plan if he tried to attack me. Perhaps under other, sunnier, more familiar circumstances, Philippe or Thomas and I would have fallen in love, gotten married and had a sweet how-we-met story to tell our friends. But instead, I spent those nights by myself wondering if the Chinese place down the block delivered. 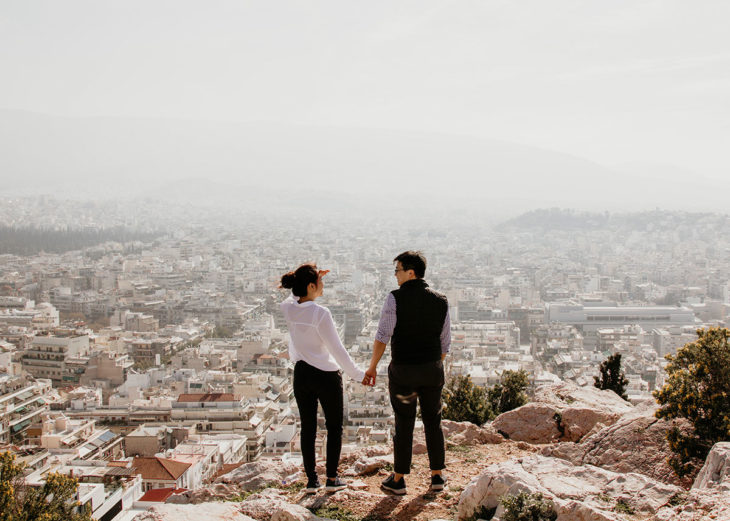 That said, I am not completely isolated when I have my passport in hand. After a solo trip to Uruguay, I befriended the other Jewish kid in my hostel and now count him as one of my closest friends, even though we live on different continents. Recently, a fellow solo traveler in Hong Kong and I ended up daytripping to Macau together. Thanks to traveling, I’ve been able to meet hilarious, smart, adventurous people – I just didn’t wind up banging any of them. And, the truth is, I’d rather have a collection of new friends from around the globe than a few hazy memories of one night stands with men who forgot about me before I’d even boarded the plane to go home.

Honestly, sometimes it does feel weird to be in the most romantic places in the world by myself, walking along the Bosporus at dusk as all the boats come in or so high up in the Chilean desert that every glass of wine counts as three. And of course I feel a twinge of loneliness watching honeymooners snuggling in the moonlight while I’m flipping around trying to find an English-language channel on the hotel TV. But ultimately, I don’t think that I need a man in order to make a beautiful memory. Paris is worth visiting simply because it’s Paris. I would rather go alone than never go at all.

Fun Things To Do In Sacramento