True Story: On Being A Young Widow

This piece was republished with permission from Role/Reboot.

Wednesday morning, 7a.m., the radio alarm blaring. Keep your eyes closed. Don’t move, because you have miraculously woken up in your old life.

The bed’s warm, your husband’s snoring next to you. Only the snore is more of a low whine, accompanied by a rough pawing against your back. The dogs, nudging you to get up. Your brain, moving slowly, registers this as a logic puzzle. If you’ve gone back in time, and your husband is still here, the dogs can’t fit on the bed, and the alarm is set to beep.

The dogs do fit on the bed, and the alarm is set to radio, therefore he’s dead and time is linear after all. 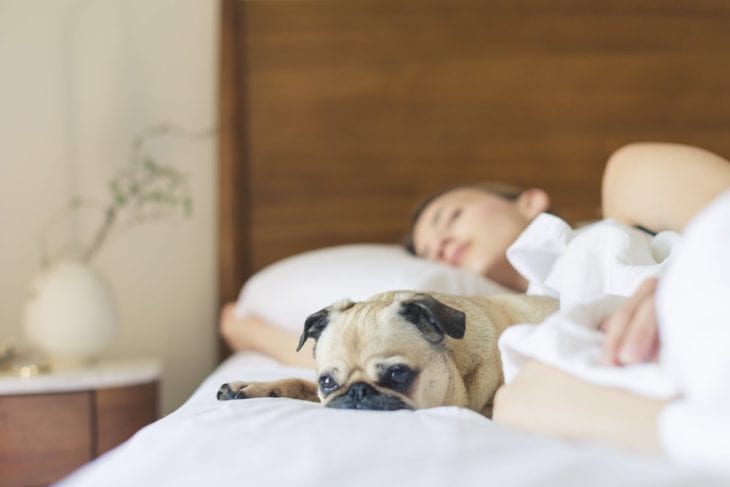 Your mind veers toward the surreal these days. This person who was Here is Gone, and it’s not much of a leap to think other seemingly impossible things may occur. But there’s no time to delve into that, the dogs need to get outside; you’ve got to be at work at 8:15.

Stumble into your sweats and take the dogs around the block. Or let them take you. They are big and unruly, and they were your husband’s — you only agreed to let him get them because he promised that you could be the fun parent.

At home, it’s a quick shower, go-to clothes, and breakfast. You’ve forgotten to buy dog food again, so it’s Grape-Nuts for the three of you.

Suddenly, everyone’s old-fashioned. You’re 29, and most of your friends aren’t married. You’d never been interested in marriage in the abstract, but you’d fallen in love young, and stayed that way, and decided to make it official.

Being married hadn’t changed things much, until now, when it’s not only that this person you loved is dead, but that your husband is dead, which registers to the world differently. Meaning, it might as well be 1950, the way people worry for your future.

Your next door neighbor Rivka, who, to be fair, is 70, but who is also a staunch feminist, wants you settled. It’s been less than a month but she’s trying to marry you off to her caregiver Mark. “He can take you on drives in the country,” she says. Mark, who sells T-shirts out of his van, shifts uncomfortably. You’re all out on the sidewalk, squinting in the morning sun. Rivka leans in close. “A young widow quickly becomes an old widow,” she says. 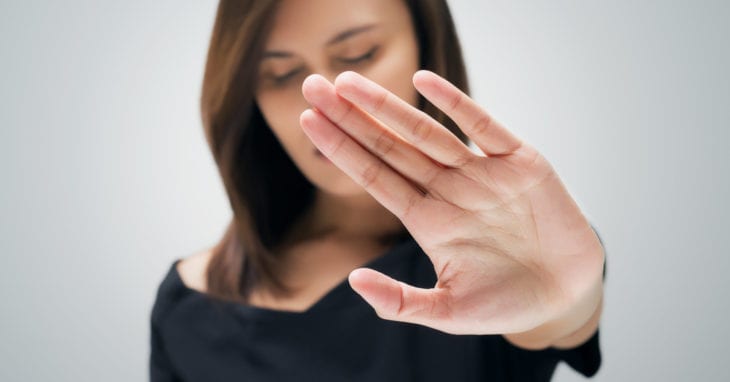 There’s Rivka, and then there are the 12-year-olds at school. Teaching used to wear you out, and now it’s the daily seven-hour vacation from your life. You stumble toward the building with your coffee, and before you’ve opened the door the kids have swarmed, giving homework excuses, asking you to settle arguments. Their world consumes you, and in their presence you lose track of your own unraveled life. But they haven’t forgotten the month of subs they muddled through in your absence, or why you were gone in the first place.

“I have an uncle,” Jessica says. There are many plans for you involving uncles. “My mom thinks you’d like this friend of my dad’s,” Peter confides. “When do you think you’ll get remarried?” Angelica asks. You shrug. You want to say never, or I’m so tired I can’t see straight. “It’s OK,” Jorge says, patting your shoulder. “It can take a long time.”

You, on the other hand, imagine wandering through years and countries by yourself. The ground underneath your feet no longer feels solid. The possibilities are endless, and none of them interests you much.

In the brief moments that you come down to earth, you are shocked to see men everywhere. In the grocery store. The subway station. The school staff meeting. Of course you’ve noticed them, you’ve had your crushes and your brushes with danger, but it’s been 10 years since men have registered to you in this no-holds-barred way. You’d never thought your brain had been boxing itself in, but it must have done something to make peace with monogamy, because now there’s a crazy, frenetic motion to the world.

Unexpectedly, the dog trainer asks you out on a date. You should have seen it coming — he’s been undercharging you. You are walking through the high school football field, the dogs, after five sessions, obediently at your side. The dog trainer runs his hand through his black mohawk. Your stomach drops into your running shoes. You feel like you did at 14. In minutes you’ve gone from thinking no one will ever ask you out to being terrified that people will.

Be reckless, flawed, free. Your friends are settling down, after years of freedom during which you were settled. You were beyond settled when your husband was sick — you were crucial, which you hadn’t noticed until now, when you feel your sense of purpose deflating. When you’re on an airplane, you no longer have the thought that it can’t crash because someone needs you. It’s time to go to Mexico and learn Spanish. It’s time to lock up your house and disappear to wander the coast. 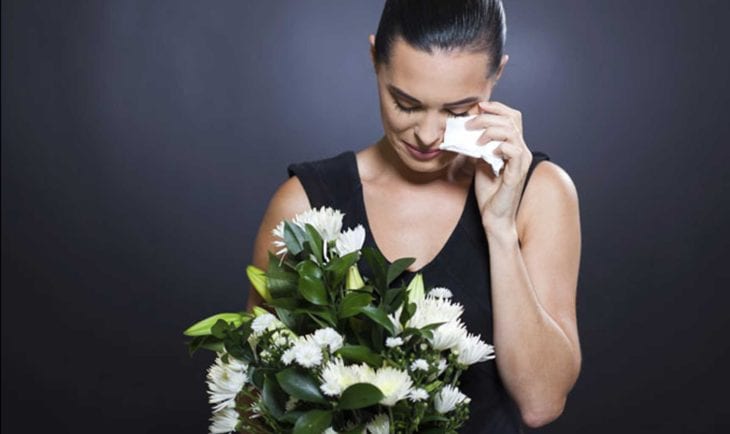 Instead, you take ecstasy on New Year’s Eve with your siblings, your husband’s brother, all of your friends. Decimate your reputation as someone with judgment and integrity in one fell swoop. And do it with abandon. Compared to your former existence, nothing you do matters.

You signed the DNR. You slept next to your husband in the hospital bed underneath a light, warm blanket. You rubbed his forehead as the nurse turned off the vent. And now, you’re running around this party like a teenager, carelessly, stupidly, flying into the post-apocalyptic part of your life.

Crash into a stranger on the soccer field. You’re playing in the Sunday pickup game you go to with your younger brother. Glance at the stranger as you both get to your feet.

Let your brother convince you to ask the stranger out. It’s a terrifying idea, so don’t think about it; let your brother push you toward the stranger’s car one day after soccer, and as his window rolls down, fight the urge to flee.

Find yourself scrounging through your closet three nights later, putting on a black T-shirt and jeans. “How’s this?” you ask your brother. “You look great,” he says. You smile, relieved. Your attention has shifted from your clothes to your living room. Everywhere you look, something related to your dead husband — pictures, knickknacks, the books on your shelves. The stranger will be here in 10 minutes — there’s no time to take it all down. The doorbell rings, and when you open it, the dogs growl ferociously.

Get in the car, and sink into the seat. You like this guy. “Like” doesn’t really describe the feeling welling up in you. You don’t tell him. Maybe this is how everyone feels on a first date. You have no idea. At dinner, he asks about your marriage. Either he’s actually interested, or he’s trying to tell you something. I’m not scared, is what you hear. Which you find reassuring, though you can’t help thinking he should be, that he has no idea what grief looks like, up close. 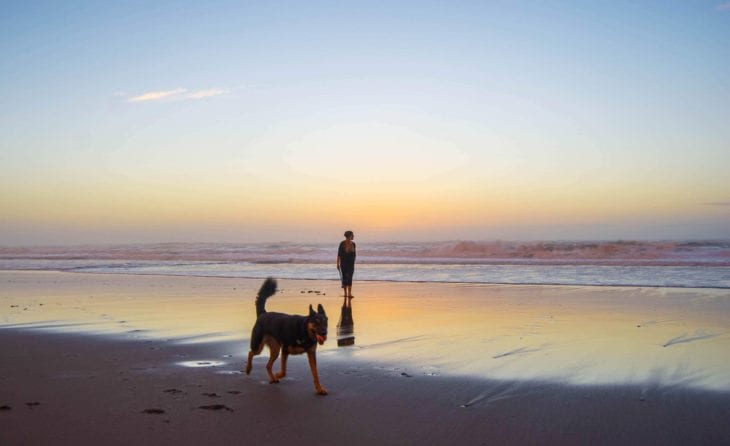 Source: Be My Travel Muse

You’re walking out at the marina after dinner, the ocean and sky newly charged. You used to walk on this path with your husband. You’ve come here with your brother, with your friends. You’ve come here alone with the dogs at night because you needed to stare out into this ocean, to be reminded of the scope of the world. This person next to you, or the next who fills his shoes, will never know you completely, will never absorb everything that’s happened.

And maybe your case is more pointed, but he could say the same of you, and you realize it’s true for everyone, and it will have to be good enough.

Elizabeth Scarboro’s memoir My Foreign Cities, about her marriage to her first husband who had cystic fibrosis, will be released in paperback this February from the Norton imprint Liveright. Her essays have appeared most recently in The Millions, The New York Times, and The Bellevue Literary Review.

[Image of a woman mourning via Shutterstock]

A Sex Toy That Simulates Female Oral — Plus, The Sex Positions Women Hate