Ladies and gentlemen, meet your new favorite Olympic athlete: Gus Kenworthy. Not only is the 22-year-old skier super talented on the slopes (and in possession of a pair of adorable pink cheeks that I kind of want to pinch — does that make me old?), he’s also a lifelong animal lover who has been using his downtime in Sochi to rescue stray puppies. Total dreamboat status, right? Kenworthy lost his beloved dog Mack just last year, so when a friend in Sochi texted him about a litter of strays living underneath a media tent, Kenworthy rushed over to see how he could help. After locating the puppies and tweeting some seriously cute photos, Kenworthy set to work figuring out how to bring the homeless pups back to the states with him. 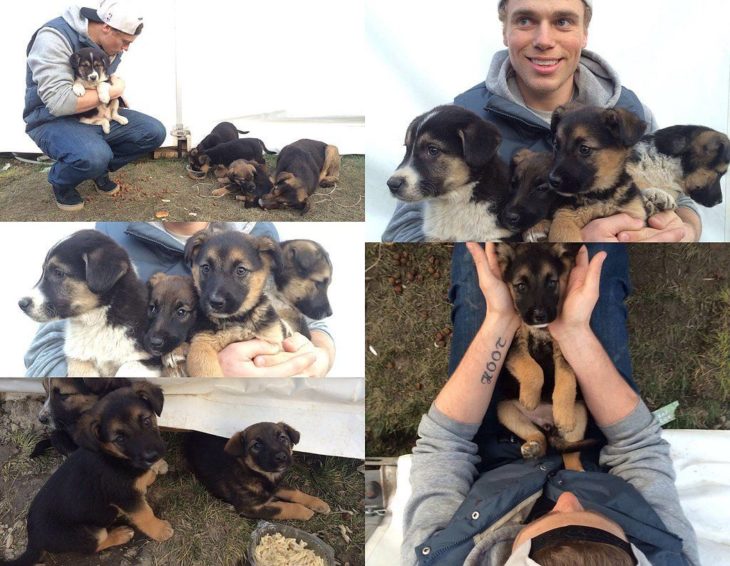 So far he’s set up vaccinations and kennels for the flight back to the US, and found homes for 3 of the puppies (he plans to keep one himself). “I’ve been a dog lover my whole life,” he says, “and to find just the cutest family of strays ever, here at the Olympics, was just a fairy tale way to have that go down.” Arranging transportation for the puppies’ mother has been a bit more complicated due to harsher rules for adult dogs, but Kenworthy is committed to making it happen.

Kenworthy’s dog rescue is even more meaningful when contrasted with the gruesome revelation that Sochi officials hired a “pest control” company to kill many of the estimated 2,000 stray dogs who roam the city. The plan has been rightfully decried by animal rights activists, who are doing all they can to get strays off the street and out of danger. 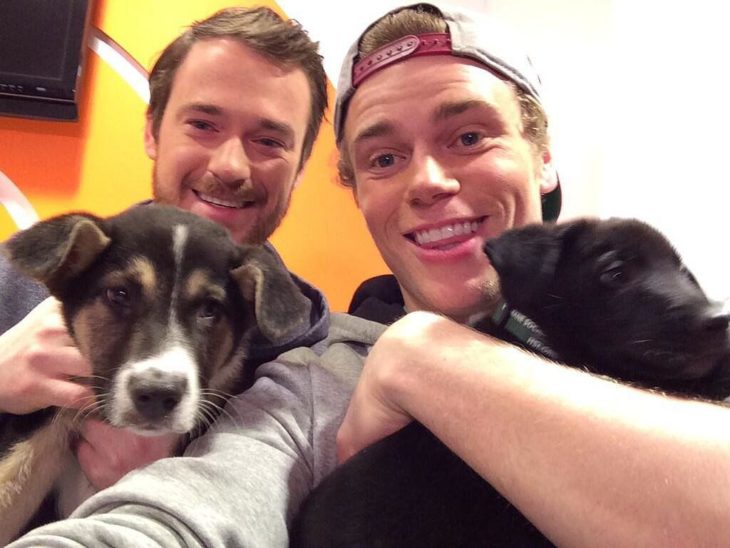 Thanks to Gun Kenworthy, at least 5 of Sochi’s stray dogs are now safe, and will soon be on their way to warm, loving homes.