The internet is a wonderful place where tons of information is being shared daily. However, that information might not be always as secure as you think it is. If some of you think that by going “incognito” in your browser you’re able to hide your search history, we’re sorry to tell you that you are very wrong. And this doesn’t matter where you live – you can be from the US, China, or any other country – the rules are the same for everyone.

It is not our business to know what you’re doing on the internet since that’s your privacy, but we’re definitely going to provide you with a few tips on how to remain hidden. Today, we’re covering everything you need to know about a VPN. What is it, how to set it up and all the advantages you get by using it.

What is a VPN?

VPN stands for Virtual Private Network. VPN’s have been around for a while and some people already mastered the way they should be used. However, if you’re someone that never even heard of it, worry not. In about a few minutes you’ll know everything that’s needed to browse the internet securely and in maximum privacy.

How do I set up a Virtual Private Network?

A VPN creates a virtual encrypted tunnel between you and a remote server that’s operated by the VPN service. All of the traffic that you make is sent through that tunnel, so your data cannot be seen by those who are curious on the outside. The VPN service will mask your IP address which basically masks your location and identity as well. There are many VPNs that are made for people who’re not really computer savvy. These usually require just a few clicks to install and setup. Check out this list of the best working VPNs for China if you happen to be from there. The Chinese citizens, as well as foreigners who live and work there, are now able to make use of these VPNs, no matter how much they know about technology.

Why do I need to use a VPN in China?

Maybe you’re just someone who values your privacy a lot. It is well known that the Chinese government is strick when it comes to privacy (as well as any other government) and perhaps there is something you don’t want to share with everyone. Or you’re simply a bit more paranoid than you should be. Either way, a VPN solves your problem. Another common reason why people use VPNs is country and regional restrictions. For example, Spotify is not available in some countries, but if you use a VPN you can basically be from any country you want. There’s nothing wrong or illegal with this if that’s what you thought at first. It’s just that some companies have not yet established what they need in order to be available in certain locations. You can still have an active subscription on Spotify or whatever app we’re talking about and simply bypass the restriction by using a VPN. 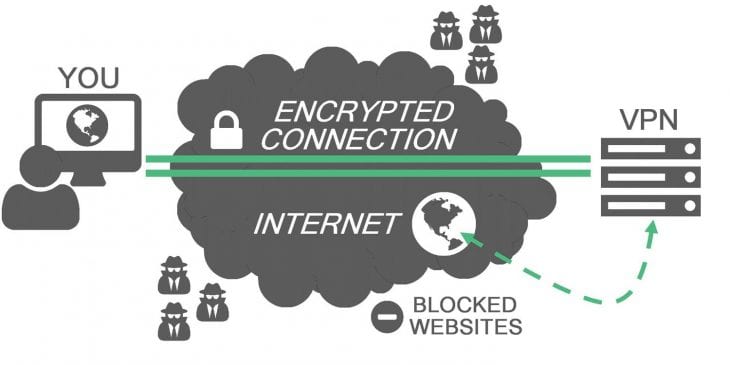 Are there any disadvantages of using a VPN?

VPN’s are so popular for a reason. There are no real disadvantages of using one besides the slightly reduced internet connection speed due to the data traveling through “the virtual tunnel” that we explained a bit earlier in this article. The cost is also a factor but we wouldn’t call that a disadvantage as there are tons of free VPN services that you can choose from. The great thing about these VPN services is that they are available in any part of China. It doesn’t matter whether you live in the booming East, or the impoverished west, the service is at your disposal.

What’s the Difference Between Inpatient and Outpatient Rehabilitation?