Vanilla is harvested from the pod of a tropical climbing orchid that is native to Mexico. It is the only member of the orchid family that bears fruit. It was first used by ancient Totonac Indians who had to relinquish control of the exotic fruit when the Aztecs defeated them.

The Spanish defeated the Aztecs and returned home with vanilla beans. Only nobility and the very rich had the privilege of enjoying. In time, although vanilla remained expensive, it became widespread across the European continent.

Pods are often referred to as beans, which are picked before they ripen, and you plunge them into hot water. The pods are then laid out to dry from two to six months. The vanilla pod itself contains a thousand of small black seeds.

Click here to visit Native Vanilla for the best beans.

With its classic presence in sauces, desserts, and ice cream, to name a few, vanilla is also used as an oil and a significant component in fragrances. Not a lot of people know that beans, in truth, form part of a long list of superfoods and that they boast an array of nutritional and health benefits. 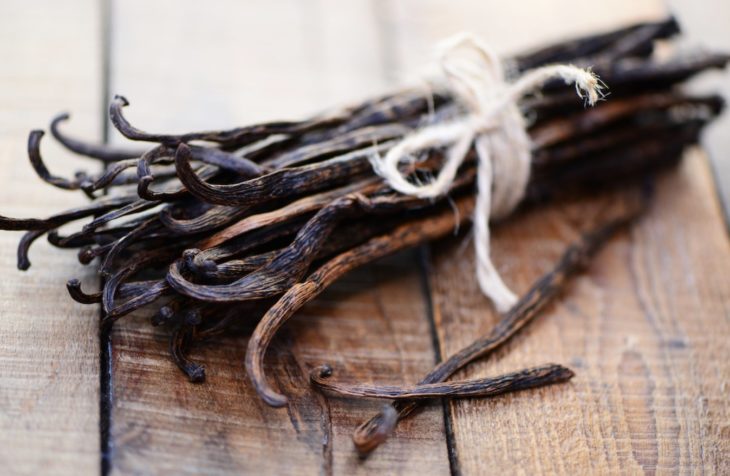 Superfoods are foods that are, for the more significant part, plant-based but can contain some fish and dairy. These foods are nutrient-dense and particularly useful for a person’s health. Some of these include blueberries, salmon, kale, and acai – which are just a few examples.

Due to hectic lifestyles, people cannot always incorporate meals that are nutritious daily. Being subjected to hectic schedules and having very little time in which to prepare healthy meals for the entire family, fast foods and quick meals tend to dominate our daily food intake, which (in the long run) have devastating effects to our health.

Superfoods have become increasingly more accessible, and more people are trying to incorporate them into their diets.

Some of the easiest ways to incorporate superfoods into meals without it becoming an absolute chore are by adding them to smoothies, sauces, salads, stir fry and so many other ways. 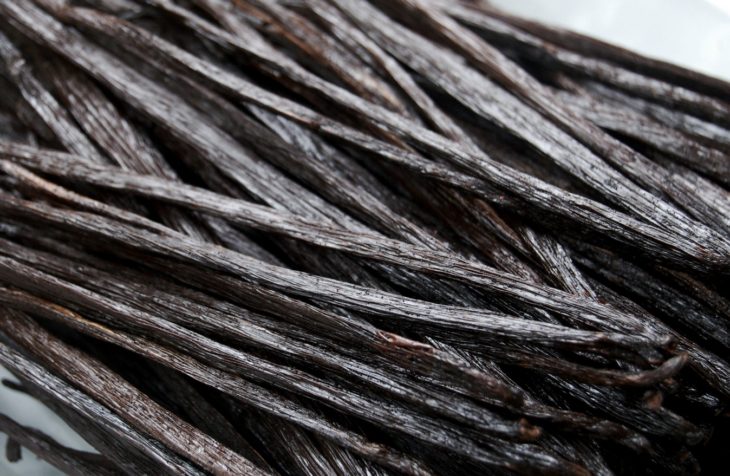 Where do vanilla beans fit in as a “superfood”?

The first indicator of it as a superfood is that beans are purely organic and derived from a plant. For centuries vanilla has been used as a genuinely medicinal food that is especially powerful as it has properties that enhance the brain and moods through its provision of vitamins and minerals. It is nutrient-dense, like other foods considered superfoods.

It contains a lot of minerals essential to our health

Vanilla beans contain magnesium, which is necessary for overall health as it aids in regulating the nervous system along with acting as a balancing mineral.

Plant-based foods are extremely rich in potassium, with beans being no exception. A tablespoon of vanilla bean powder contains over 100 milligrams of potassium, which is essential for healthy blood pressure levels along with assisting in water regulation in the body, bringing balance to the body’s electrolytes and ensuring heart contractions staying within reasonable margins. One more plant based superfood is, sea moss, also known as Irish moss or red seaweed, is a type of seaweed that grows year round in tidepools and inlets. You can find this flavourless, edible sea plant in supplements, in raw, dried, or gel forms, according Sea Moss Power.

Calcium can be found in numerous amount of foods, especially superfoods. Beans contain an abundant amount of calcium, which is essential in the reduction of cortisol in the body and bone health, of course. 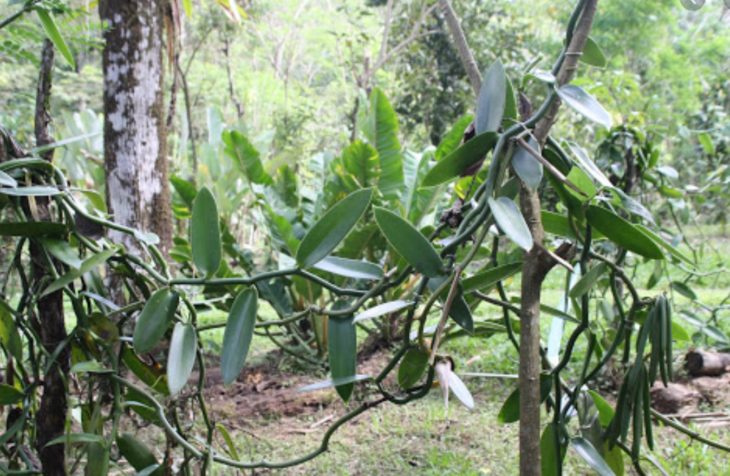 Vanilla beans also contain manganese, which essential to maintain a healthy mood, metabolism, optimal nervous system function, and the assimilation of other nutrients.

Little do people know that along with aiding in maintaining moods, vanilla beans also contain aphrodisiac properties (right along with chocolate). Although superfoods that contain this are not only good for the libido, they also enhance hormones associated with love and happiness, of which oxytocin and dopamine are two of these.

The benefits of incorporating vanilla beans into your diet

Seeing that it has been used for medicinal properties for centuries, it’s necessary to take a closer look at the effects of consuming vanilla. Not only does it taste great, and it is used to enhance the flavor of food, but it is known to aid in treating intestinal gas and fever.

This superfood has anti-inflammatory, anticancer, and antitumor properties, but it promotes heart health by reducing cholesterol levels, and it has healing properties as it is rich in antioxidants. Antioxidants help prevent the breakdown of cells and tissue in the body while simultaneously stimulating the body’s natural ability to regrow and produce cells and tissue.

Vanilla beans can aid in weight loss when used following other superfoods in an eating plan as assists the body and helps the metabolism run more efficiently. 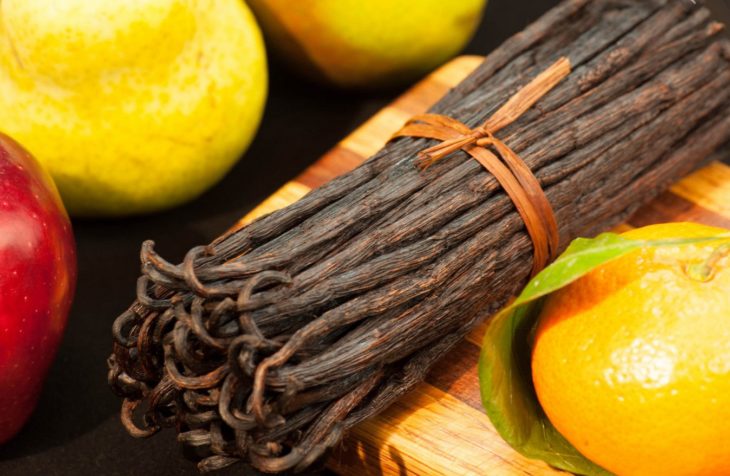 What are the side effects of consuming vanilla beans or powder?

Like with all things, the general rule is moderation. Vanilla taken in moderate amounts has impressive benefits for our health, but with overconsumption, there are side effects like inflammation, headaches, and insomnia in some people.

Before jumping on the bandwagon of living a healthier lifestyle by incorporating superfoods into a diet, it is necessary to research to ensure that daily nutritional limits are not exceeded.

What’s the best way to go about it?

The first step is to obtain whole vanilla beans and then scraping the powder out, or by buying vanilla bean powder instead. It’s cheaper to buy whole grains, although purchasing the powder proves to be a lot more convenient.

There are a lot of recipes that can be found on the internet that will provide creative and tasty ways to incorporate vanilla beans and vanilla powder into your daily life. Either by using it in a smoothie, coffee, desserts, shakes, and others. 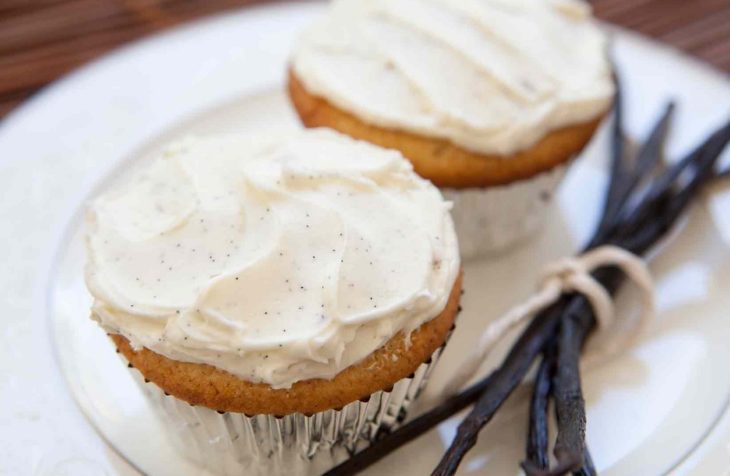 Making vanilla beans a part of your daily meal plan along with other superfoods is, therefore, a great way to ensure that you get your daily dose of nutrients needed to maintain a healthy lifestyle.

Vanilla beans, along with other superfoods, are readily obtainable from most major supermarkets and health shops, so it is not a tedious task to keep stock of this superfood.

Sugar Should Be Only 5 Percent Of Your Calories, According To Who Cares

What Kind of Wardrobe is the One for You?

What Is Buckwheat Flour? What Are Its Health...

Can Juice Really Be Healthy? Yes!