There was a time when tattoos were considered bad and were associated with gang members, mobs and mafia but in today’s age they have transformed into a hieroglyph and symbol defining and identifying a person, an event, a family or thoughts and feelings that are not acknowledged by the society. Tattoos are leaving extraordinary mark on our society. They have been becoming very popular in the recent decade, especially the last 5 years. They are now inked on a majority of people most prominently in USA and the teenage group is the real driving force behind the tattoo industry. Not only the more teenagers have got inked in last five years, they also have obtained more tattoos than in previous decades. This led to a rapid growth in tattoo industry including body shops, apparel, magazines and stickers. So, the demand for the people working in the industry also increased and brought excellent opportunities for the tattoo artists. 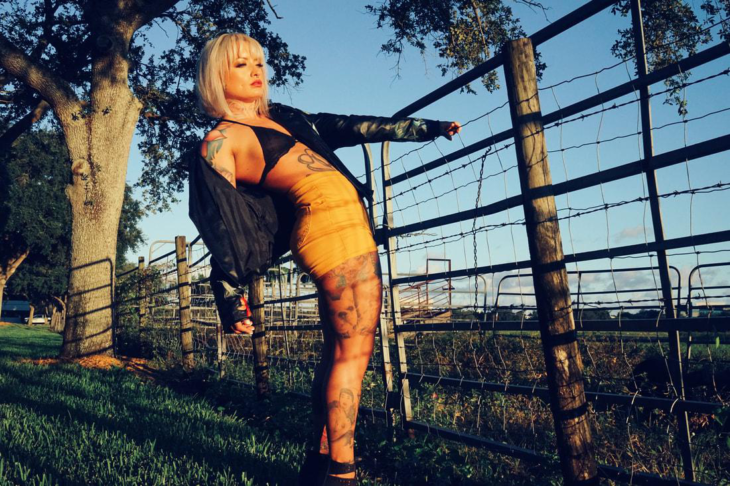 Vanessa most popularly known as Vany Vicious is one of the most famous tattoo artists working from Dade-County (Miami, FL), she started getting tattoos at a very early age and was working as a body piercer in a few shops in Miami area when she was only 18 years old. She is also working as tattoo model in the rapidly growing industry since she was 18. She is an entrepreneur and internationally known model with over a decade of experience behind her. She has been featured in many tattoo magazines. She shares her work on her YouTube and Instagram channels frequently to let over 6 million followers know what is she up to lately. With the advantage of her massive presence on the internet, she also enjoys two successful businesses “Haute Floss and “Throwback Garage” aside from her tattoo modeling career. 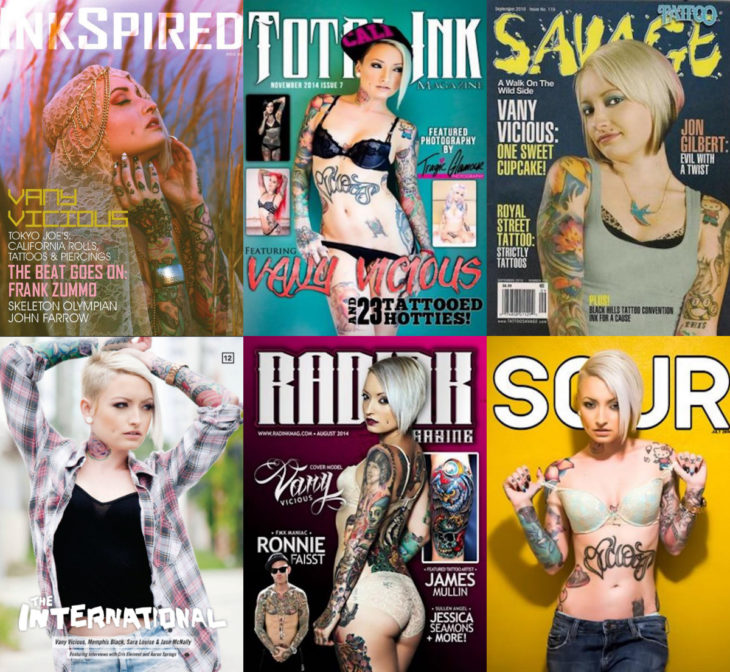 Venessa never pursue tattoo modeling as a career and never thought of working in this industry, it all happens randomly for her when she uploaded her photos to my space and people started reaching her. She got recognized in the industry after her first cover shoot with Savage magazine. We are glad that the love for tattoos paid off in the end and she is in a good place working continuously for ProSupps, GButter and Fashion Nova. Working with amazing and creative people, she has done many amazing shoots including underwater, with crocodile babies, in desert, indoors and tropical outdoors.

Vany Vicious exercise 4-5 times a week and eat cautiously to stay fit and active. She can be seen lifting heavy weights on her Instagram channel, it is a part of her training routine not just for the show. 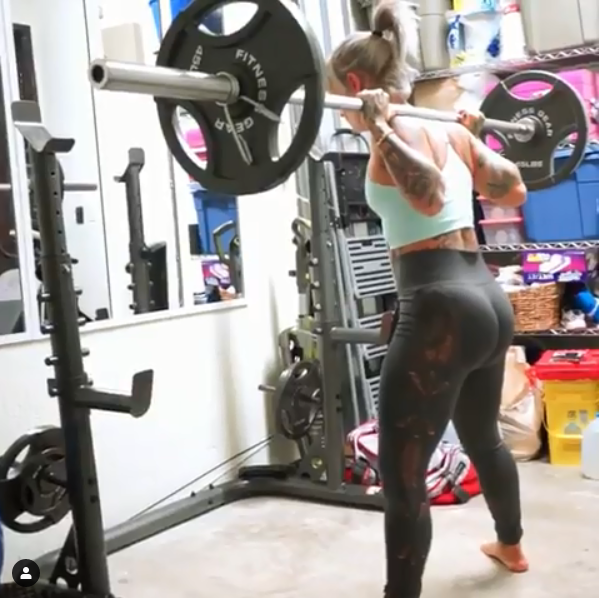 Even though tattoos have broken the taboo surrounding them, still today you will face people who have negative reaction to the person with tattoos, many employers will not hire a person with tattoos. Vany Vicious also has faced negative criticism from millions of people about the tattoos and the work she does for many years on the internet but it does not bother her anymore because she believes in what she does and you cannot make everyone happy. Vany is a nice and outgoing person, even great as a coworker, working and communicating with her is trouble free. We wish her best of luck for her new business ventures and her modeling career.

I Knew I Made It In Life When…

This Fetish Has Women Putting Worms in Their Vags