Here are some things that make me irrationally spitting mad: People walking down the street that don’t obey the unspoken laws of the sidewalk, the inefficiency of the MTA and the USPS, overheard conversations better conducted in private, occasionally my sisters, my mother, student loan bills, things that I want that I can’t have. I know it’s an exercise in futility to let the anger consume me, but to feel it mutate into wrath in the pit of my stomach makes me feel, for a brief moment, much, much better.

There is nothing quite like seething, red-hot anger. You know, the kind of anger so powerful that it makes you do crazy, stupid, shit. You break a plate, and the sound of cheap ceramic against hardwood floors makes you want to break another. You throw a book across the room only to watch it hit the wall with a thud and slide to the floor, pages splayed open, spine cracked. You kick the trash can on the street because that’s how fucking pissed you are, and then get even more angry when your foot hurts, goddammit, and you have to limp over there to give it a second, while avoiding the eyes of passersby who are either watching you or conspicuously ignoring you while texting their friends about what they just saw. Anger is irrational, the most useless of all emotions, but indulging it every now and then feels so good.

To be wrathful imbues you with the feeling of great power. No one is inclined toward rationality when they’re mad. That’s not its point. Wrath happens because something you don’t like happened — a slight, perceived or actual, maybe — and it makes you feel some type of deep, dark, livid way. An angry person is someone to keep at arm’s length. They are irrational, full of hellfire, and there is very little you can do to stop it. Watch them from afar, but keep your distance. Never tell an angry person to calm down because they will surely do the opposite, levitating on the fumes of the newly-unleashed rage your attempt at placation has created. They will float towards you, their anger newly focused, sharp and hot. You will incur their wrath by trying to help. Please, their eyes implore you, stay away. 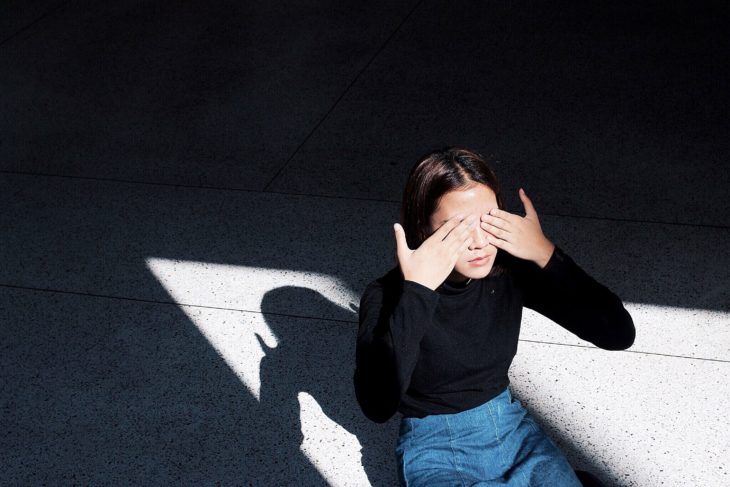 Anger in extremes is immature. It’s the unhealthiest of emotions, so to indulge in it feels like sin. Your anger really has no purpose, except to masquerade as a balm for what ails you, but really, it stays in your gut and lingers. It’s the emotional equivalent of street meat eaten on an empty stomach after happy hour. It is your most self-indulgent and cavalier of the gamut of complex emotions you feel all day. Treasure it for its power to move you, but temper it with hearty doses of reason, with deep breaths, with brisk walks around the block to staunch the flow of ire. Use your anger for good, but don’t let it hang around, because it will only kick you in the gut long after its time is up, when you least expect it.

There are different ways to be angry, unique to every situation. In situations in which control has been wrested out of your hands, loud, huffy anger is best. For slights that cut deep, the memory of which will pop up when you least expect it, let the waves wash over you. Absorb them and gain strength. A quiet anger is the most powerful, the scariest iteration. Watching someone’s face subtly transform from indignation to righteous, self-serving anger is a terrifying site to behold.

Sometimes anger incites change. Most of the time it pops after a while, and dissipates into the ether, like sparks off a bonfire. It fizzles. The best advice is to let it go, but don’t do it right away. Indulge in it. It can make you stronger, if you let it.

Girl On Girl: The Myth Of Lesbian Bed Death

Stages of Grief & How to Cope with...

Hate-Reading Is The Best And Worst Thing You...