Hate-Reading Is The Best And Worst Thing You Can Do

More often than I’d like to admit, I lose myself in the mire of an ex-boyfriend’s Twitter timeline. It’s not because I want him back, or because I spend nights thinking about what it would’ve been like had we continued our dalliance. It’s because his Twitter timeline is a heady mix of painfully earnest tweets, reaction selfies and questionable engagements with potential employers and/or brands. It’s a perfect distillation of who he is as a person, and more often than not, a reminder that we were not right for each other. Scanning thru these tiny missives reassures me that I made the right decision while allowing me to indulge in a tiny bit of self-doubt about my life choices. More often than not though, at the end of it all, I’m angrier than I was when I started. Rather than letting the reassurance soothe me, all I taste is indignation and outrage in my mouth, bitter like the pith of an orange. Despite that, I keep reading, even though the feeling persists the longer I do it.

Welcome to the hate read. There are things we consume because they are good for us. Reading a long and well-researched article on the situation in the Middle East or a thorough and clearly written guide on how to properly manage and grow your 401(k) are virtuous, solid uses of your time. You’re becoming a global citizen while also educating yourself on how to save for your future. Wonderful stuff! Your levels stay where they belong, and you learn something. Everyone wins. 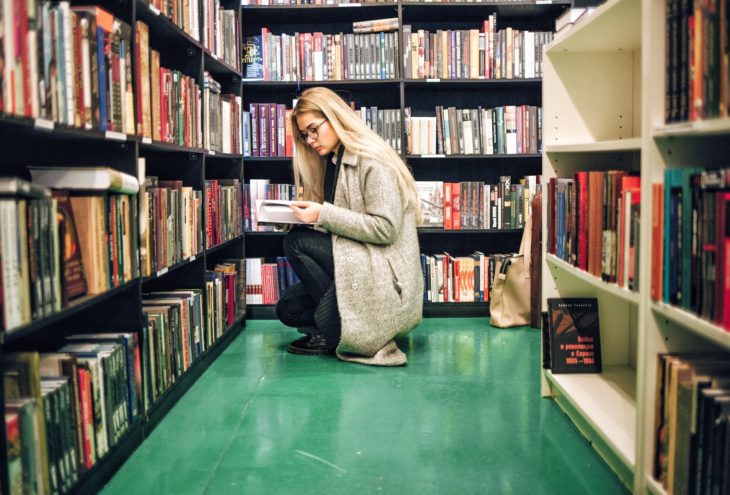 In contrast, the hate read is pure evil, consumed in great gulps with the intent to cause anger, to incite riot. You click on something that you know will make you angry, and you read it, and find yourself strangely pleased when your anger rises to the top, as expected. You watch that one show you never really liked purely so you can talk about how much you hate it. It’s the ultimate guilty pleasure — doing something that’s bad for you, because it makes you feel actually kind of good. The internet is a vast trove of things to look at, a fast-moving river of sludge, populated by a few sparkly gems that make it all worth while. When something particularly heinous rises to the top, it sticks out. It begs to be read, to be noticed. If it’s particularly noxious, full of ill-conceived ideas or half-baked concepts, it sticks in your craw. You read it once, then again, to make sure that it’s actually as horrible as you think it is. Then you read it a third time, just to make sure, and send it to anyone with an email address that will listen.

The large majority of the most vile hate reads seem created with the express purpose of generating an extreme reaction. Some people call that “really fucking irritating” and the rest call it clickbait. An example: “I’m Not Going To Pretend To Be Poor To Be Accepted By You”, taunts the art of the blog post. “Oh ho ho, we’ll see what THAT’S all about, hmm?” you say as you gleefully click. Usually, what’s within is garbage. Pure, unadulterated garbage, each sentence deploying a bomb of insensitive, irritating material that sets your teeth on edge and sends you straight to Facebook to lambast the author in a caps lock-heavy status message, or a series of tweets, each missive making you angrier as you type. Your anger feels good. It feels right. It puts you on the right side of history, and as others start to agree with you, it grows in power. Yes, of course you’re right to be angry about this dumb thing. Read it again to make sure, then band together in your indignation. When the day is over, the hate read falls to the bottom of the pile. Fresh, new skin grows over the raw wound, and you go home, mollified. The outrage fades, and puts itself to bed. It will rise again tomorrow.

In contrast, the private hate read is a much more specific, deeply personal event. The public hate-read lets you have the benefit of the doubt. Your incited hatred was a small price to pay to publicly participate in a conversation, to be a part of the general outrage, because you agree, sure, and because it just feels nice to be included. The private hate-read, on the other hand, is rooted in nothing more than pettiness. I hate read the Facebook feed of someone I went to college with, who posts status updates about his housecleaner, his Passover parties, gym selfies and musical theatre. Someone I went to high school with has started a fledgling lifestyle blog that features thin, white women, fashion editors and writers and one particularly irritating “ceramicist,” who answer inane questions about what they like to do on Saturdays. Each post is interspersed with softly-lit pictures of women in giant lofts or cozy vintage apartments, scattered with textiles and steaming mugs of tea. They all wear thick L.L Bean socks and look like they take very soft, quiet steps. It is banal lifestyle bloggery at its absolute peak, and I hate every second of it. But I read it, just the same. 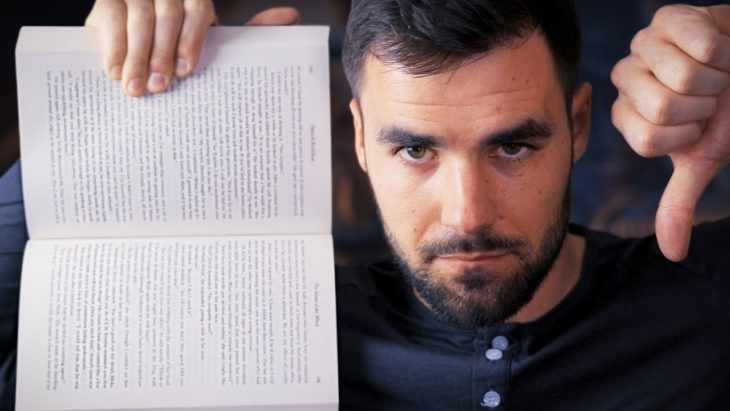 I’m not clear why hate reading is so satisfying. It seems incorrect to do something that makes you livid for your health, but I think that’s what this is about. Spiking your levels every now and again keeps you on your toes. Strong emotions of any sort beget change, which is generally always positive. Reading something you desperately hate could make you realize that something — everything, really — in your life needs to change. It can push you towards positive forwards motion. Hate reading can sometimes bring you out of your misery by connecting you with other people. Reading the latest and greatest thinkpiece or blog post that makes a wide swath of people in your social network angry is empowering, because it manufactures community. Whatever emotions you’re feeling are the point. It proves that you’re not dead inside.  So much of the things we consume these days go in one ear and out the other. And hate reads, even the private hate reads that don’t always foster conversation, remind us on a very basic level that we may hate, but at least we feel.

Don’t give up your hate reads, even though life is short, and should be filled with as much sunshine and love as it can hold. They’re good for your soul, even when you’re feeding your own monsters. They’re just hungry. We all are, sometimes.

Are Prince William and Kate Middleton Going to Be Named King and Queen of England in 2022?

Relationship Do Or Don’t: A TV In The...