Vikings: Valhalla Could be Huge – Norse Themes in Slots and Other Games are Trending Massively

The long-awaited sequel to the History Channel’s Vikings has finally dropped on Netflix, and the initial response to the new bloody, barbarian-filled epic has been positive so far. The series from Jeb Stuart takes the Norse seafarers into a new era, one in which their numbers have swelled, and their technology and tactics have improved.

Vikings: Valhalla was always going to be popular thanks to the success of its predecessor, but there are other factors at work that could make this a major hit for Netflix. Norse mythology is so prevalent in slots and other games in 2022, and this highlights how keen audiences are for content containing these legendary historical figures. Everywhere you turn these days, you’ll encounter games related to Vikings. The fascination with the Scandinavian conquerors is prevalent in all areas of the industry, but it could be argued that the best place to find games about the era is at online casinos. Slot developers leave no genre untouched, and players can find everything from fishing games to football offerings on the reels. One theme that seems to crop up more frequently than any other, however, is ancient mythology. Players can find innumerable titles about the famous Viking gods.

According to Paddy Power, online casinos players will often look for the best casino promotions, such as £5 free bets to use on slots every week. This is one of the main draws that operators use to allure players to a site, but they also need to offer a range of popular titles to keep them there. Therefore, it’s important for them to use well-loved themes like Norse history and mythology. Players enjoy titles like Gates of Valhalla and Vikings Unleashed, which are two of the top games used to attract people to these pages.

Other Recent Games Have Allowed Players to Experience Viking Themes

Viking themes have spread across a range of other offshoots of gaming as well, perhaps because developers have seen how popular they are in slots. On mobile, Vikings make an excellent choice for MMO games, because they historically existed in fractured clans. This enables games like Plarium’s Vikings: War of Clans to emulate this and give players a chance to join groups of other players online.

On console, developers have been able to go into detail about the history of the Vikings, giving players a real sense of what it would have been like to exist in that era. Assassin’s Creed: Valhalla is one of the most recent games to do this, and the Ubisoft title received highly positive reviews. The 2020 adventure was one of the most successful in the long-running series, selling the highest number of copies in its first week.

The God of War series from Santa Monica Studios was previously set during ancient Greek times, but the developer decided that the popularity of Vikings was impossible to ignore. In 2018, God of War took the franchise in a new direction and focused on Norse mythology instead. The sequel to that game, God of War Ragnarök, will continue the theme this year.

Vikings: Valhalla is Out Now

It’s clear to see that Netflix’s Vikings: Valhalla has dropped at the ideal time, with Norse themes unavoidable throughout every other area of the mainstream. People were hungry for another historical television series about the famous battlers, and the streaming service duly provided. This time, the focus is on the latter stages of the Viking Age, around 100 years after the events of the Vikings.

With it being a century after Ragnar Lothbrok’s travails in the original, Vikings: Valhalla has a brand-new cast with no returning members from its precursor. Sam Corlett stars as Leif Erikson, a real historical figure thought to be the first European to discover North America. There’s also Frida Gustavsson as Freydís Eiríksdóttir and Leo Suter as Harald Hardrada.

The focus of the series is still on the tensions between the Vikings and the English royals, but, like the original series, there will also be plenty of infighting between the Vikings on their own soil. The seafarers will also travel to new locations, with North America likely to play a part in later seasons. It will lead up to the Battle of Stamford Bridge in 1066 and the end of the Viking Age.

Will it be Even Bigger than Vikings? 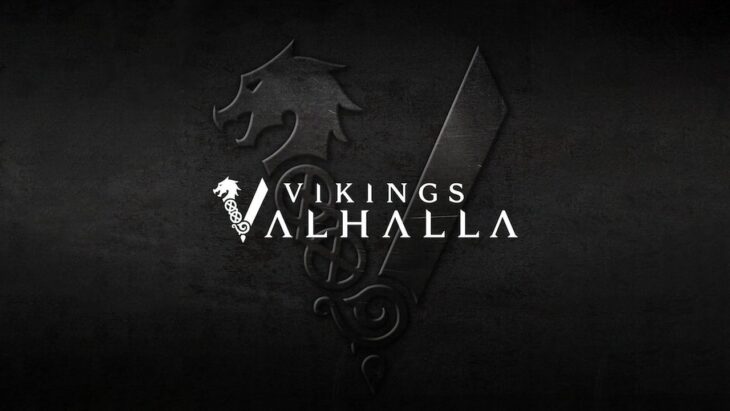 When Vikings was first released in 2013, the historical warriors weren’t as prevalent in popular culture and the creators had to do more to win viewers over. The series did piggyback on the hype surrounding Game of Thrones, which was released in 2011, but quickly established its own identity as a grittier, more true-to-life offering.

Due to the quality of storytelling and acting in Michael Hirst’s show, it quickly attracted a high number of viewers. The second season premier allured 3.6 million pairs of eyes, and it also earned three Emmy nominations. People started discussing whether Vikings was a stronger series than Game of Thrones, and some fans were torn between the two. Vikings didn’t produce the same success as the George R. R. Martin adaptation, but if it wasn’t living in the HBO series’ shadow, it would have been considered a remarkable success.

Vikings even led to its own franchise, with related games on various platforms. The release of the spin-off, Vikings: Valhalla, is testament to that triumph and the mass appeal of the series. Now, the new title has the potential to be even bigger because it has been released to a readymade audience who are primed and ready for these Viking themes.

Vikings: Valhalla has already been described as a lot of fun by early reviews, and it looks likely to be major victory for Netflix. It will be boosted by the prevalence of Norse themes in slots and other games, as people look for other ways to enjoy the tumultuous period of history.

The Sports that Are Spearheading Women’s Sport

Are There Any Skill-based Online Slot Games