Ted Cruz stopped by Stephen Colbert’s “Late Show” last night and encountered a booing crowd when the subject turned to gay marriage. Colbert urged his audience to show his guest a little more respect, then proceeded to debate the GOP Presidential hopeful on everything from marriage equality to Ronald Reagan. Watch above! [Salon]

I didn’t know they were even dating, but Evil Ice Queen January Jones and “Saturday Night Live”‘s MacGruber (Will Forte) have broken up after five months. Apparently, January might have instigated the split because she’s not into commitment, having told a “pal” that “relationships are a pain in the ass.” I know I smack talk January for perhaps being a bit sociopathic, but I actually love her. [Us Weekly]

Gina Rodriguez, star of “Jane the Virgin,” has broken up with her boyfriend, Henri Esteve (from “Revenge”) after about a year of dating. MERCURY RETROGRADE IS WORKING HARD AND FAST EARLY, Y’ALL. [Us Weekly]

Andrea Constand, the woman who first accused Bill Cosby of sexual assault in 2004, says she will fully cooperate with police if the case is reopened but only if Cosby is arrested. (The statute of limitations to charge Cosby does not expire until Jaunary 2016, reports The Philadelphia Inquirer.) [People]

Kendall Jenner has her nipple pierced. You can kind of see it in the photo below, if you squint like a weirdo (I did, no judgement). That’s all. Carry on. [People] 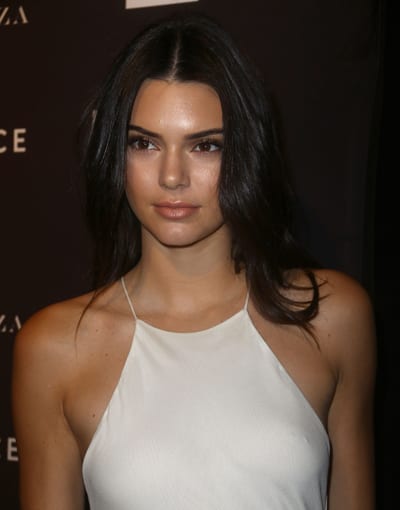 Beyonce may have fired dad Mathew Knowles as her manager two years ago, but he never stopped working — for Destiny’s Child that is. Apparently, Mathew is holding out hope for a Destiny’s Child reunion, and has plans for the group to record a new album, go on tour, and do a book, TV series and biopic. Ambitious, considering the group hasn’t exactly shown any interest in getting back together. [Jezebel]

Grace Jones continues to be the Grand Priestess of No Fucks To Give. This time, she’s telling The New York Times that Kanye West once cribbed her shit and used it in a video. I guess she’s not happy about it, because she told the Times,  “When I see him, honestly, I’m going to get in his face.” [Dlisted]

Bless Amy Schumer for being straight up about her BFF-ship with Jennifer Lawrence. Unlike Taylor Swift, who has more BFFs than should really be legal, Amy told E! that her friendship with Jennifer, while legit, isn’t quite so MAJOR as the media has portrayed it:

“We really like each other, but I think the media blew it up. We’re not B.F.F.s. We’re just Fs, but we’re really good Fs. I have B.F.F.s since I was 8 years old so it’ll be tough to uproot them.”

Not all friendships are best friendships, but that doesn’t diminish them. Hell, Jennifer still filled Amy’s Emmy hotel room with balloons. [Vanity Fair]

I’m not entirely full of annoyance with Taylor Swift. This video of her pretending to be a backup dancer for seven-year-old viral sensation Dylan Barnes is pretty adorable. [The Cut] 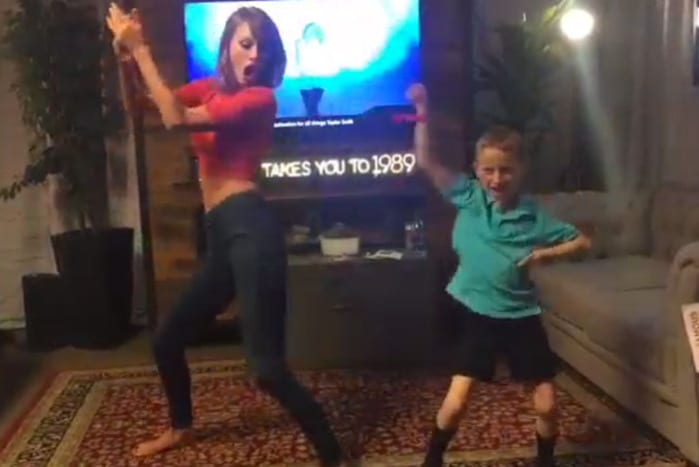 Finally got to meet Dylan, the 7-yr-old who passionately danced to Shake it Off on @TheEllenShow– and this happened. pic.twitter.com/hq9OaewA2G

Larry Wilmore got Bernie Saunders to say “on fleek” except it sounded more like “unfleek” because Bernie is a 60-something white dude. [Gawker]

Will Jon Stewart come back to ‘The Daily Show’? Dark times call for coming out of retirement

“Glee”‘s Bad Romance Is All About The DIY

Hitched: The Future Bride Onesie Is Coming For...

Girl On Girl: Why Gay Marriage Matters To...