Oh, good ol’ double standards! Reddit asked its users yesterday which double standard they hate most in modern society and commenters, both male and female, had some pretty sobering (and funny) observations to share. Do these ring true in your own life?

Media & society: Sex is bad you shouldn’t do it! What, you’re 16 and you haven’t had sex?! You should wait to you’re married to have sex. Hey, here’s sexual images in every single fucking commercial on t.v. oh yeah but porn’s evil 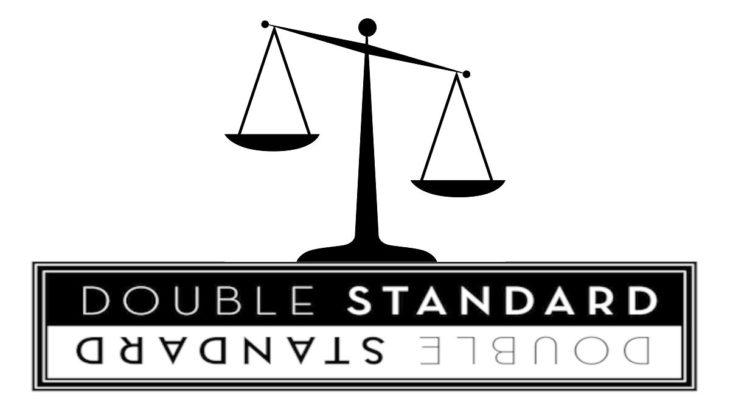 You need to have years of experience to land a job. You need a job to develop experience.

Two people arrested for the same crime under the same circumstances getting vastly different sentences based solely on income. e.g. “Affluenza”

Bisexual women are always ‘accused’ of just going through a phase/doing it for attention and that they are really just straight.

Bisexual men are ‘accused’ of actually being gay and in denial.

Both are (generally) assumed to be solely attracted to men.

We judge ourselves by our thoughts and intentions, and others by their actions.

Penis pumps covered by insurance, no one cares. Cover birthcontrol for un-wed women? NOT ON MY RELIGION.

Example: Drives me nuts that George Clooney is considered the ultimate bachelor while Jennifer Aniston is seen as lonely and desperate.

For me, as a person with bipolar disorder, it would be the fact that if I had a cancer or other serious physical health issue I could go out and tell people. People would comfort me. Just about everyone would understand and provide me with support. If I go and tell people that I have bipolar disorder I may not get a very pleasant reaction. I may even lose some friends or ruin my reputation.

The fact that everyone complains about double standards individually, but as a society we uphold them.

Any of these things ring true for you? Let’s do something about it! There’s only so much about the big picture that we can change on our own, but every day we do have a choice, as individuals, to play a part in shaping our reality through our actions. Let’s choose a world that’s a bit more fair. In the meantime, at least we have the humor of the internet to soften the blow.

Girl Talk: An Engagement Ring? No, Thanks!