What Role Does DNA Play In Our Identity: 5 Ways DNA Influences You

Can DNA tell your race? Discover how your genetics influence your DNA identity and whether a cultural DNA test is something you really want to invest in.

DNA isn’t just about health and appearance, it’s actually a repository of information about our ancestry, family ties, and evolution as a species. But when the news reported on twin girls born with different skin colour, it sparked a lot of public debate about race and the quality of DNA testing. It showed that we, the public, still have a lot to understand about genetics.

DNA is a code that is made up of four nucleotides: adenine, guanine, thymine, and cytosine. You probably know them better as A, G, T, and C. DNA is famously shaped like a double helix and organised into 23 pairs of chromosomes.

Genes are specific segments of the DNA code, and they provide the blueprints for proteins that run all of the body’s functions. However, there are lots of DNA that isn’t assigned to a gene, they don’t encode proteins, so scientists call them non-coding DNA. 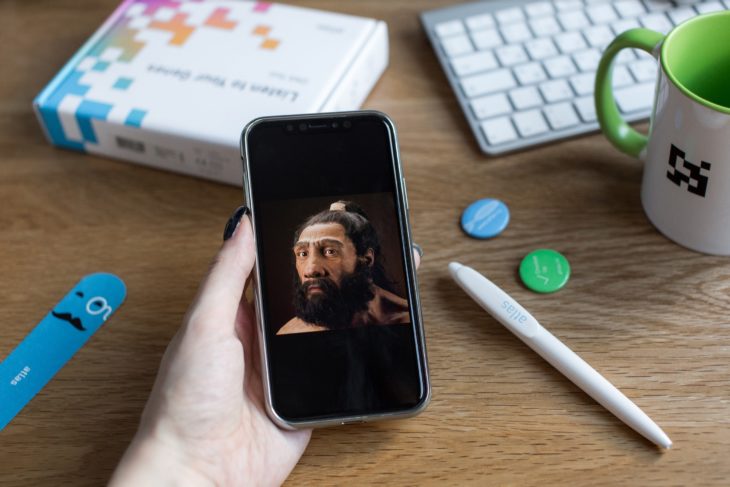 Every person’s DNA is unique because where an egg is fertilised, the human species has several different processes that distribute DNA from the mother and father, who inherited DNA from the grandparents. As a result, siblings share about 50% of genes. Half-siblings only share about 25%.

But because our genes also interact with the environment and our life experiences, these can influence how they function. So even though your physical appearance (like eye, skin, and hair colour) and ancestry may be determined by genes, there’s a lot more going on.

Sit back, relax, and discover how DNA is linked to your ancestry, culture, environment, mental health, and appearance.

Can DNA tell your race?

The race is a hot topic in social sciences, but geneticists don’t embrace this term. Rather, they talk about ancestry composition, geographic origins, and haplogroups, which basically means it’s possible to track the ancient migrations of your remote ancestors based on specific mutations that occurred.

As you know, humans started out in a small area of Africa, before changes in their environment, like the weather and access to food, encouraged them to migrate and find better prospects elsewhere. This matters because, when early tribes of humans settled in other places, identifiable genetic mutations occurred in these small population groups – and that is what genetic ancestry can track. How genetic ancestry is identified

A common set of genetic variants unique to a certain group of people (population, ethnic group) is referred to as a “haplogroup”. Haplogroups may be defined as a specific combination of changes on the Y chromosome (only for men) and in mitochondrial DNA shared by the mother (in men and women). If you buy a genetic ancestry test, you can discover all the regions of the globe where your DNA can be traced back to, but it won’t designate your race.

For example, DNA tests will generate an ancestry pie chart that breaks down your origins by geographic region. It also shows what haplogroup(s) you belong to (and famous people that are very distant relatives), as well as your ratio of Neanderthal genes.

Is there a cultural DNA test?

Culture is a social construct, which basically means that it doesn’t have a biological determinant. In fact, looking to a DNA culture test and biology for evidence of culture and economic status has a dark past that is worth remembering.

After all, eugenics and Hitler’s national socialist regime both embraced the concept that some groups of people were so seriously flawed that they had to be eliminated, either by controlled breeding or truly heinous crimes against ethnic groups. 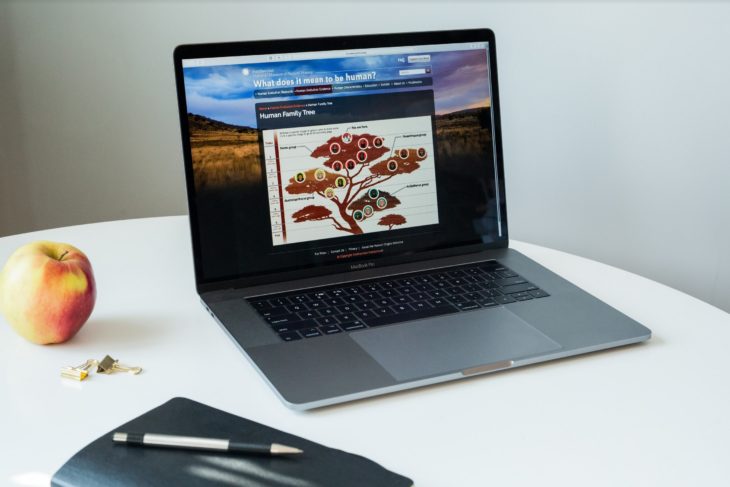 Fortunately, the debate is a lot more balanced and inclusive within the scientific community. Indeed, different haplogroups emerged in different regions where people lived in a specific environment that determined the climate and influenced their food traditions.

So basically, the interaction between genes, environment, and lifestyle could, to some small extent, be a mark of human cultural traditions. However, we’re talking about vastly complex interactions that also depend on each individual.

For this reason, there is no scientifically valid method that could justify culture DNA testing, and it seems unlikely that, in our lifetime at least, such technology will be invented. Just remember that your genetic information is precious and, if you do take a test, choose a reliable provider that is transparent about how they store and use your personal data.

You can learn a lot more about yourself than just DNA ancestry with a genetic test. In fact, ancestry is just one field of research for geneticists. Health, disease, and appearance are also important features that can reveal in-depth information about your identity. 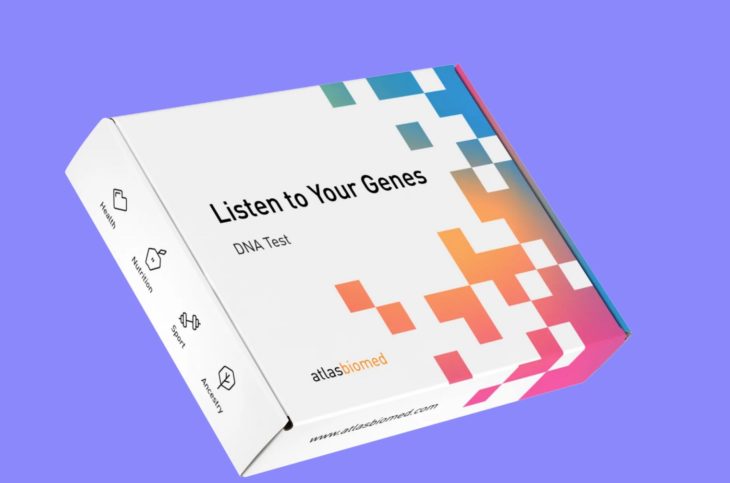 Health: it’s not set in stone

We might have conquered the deadly infectious diseases of the past, but there are still two major forms of sickness that have doctors preoccupied: hereditary and chronic diseases.

Hereditary disease risks can be identified by genetic tests. Some are for consumers, like the at-home test by Atlasbiomed.com. They can check for many gene variants of common and reliably researched hereditary diseases, and tell you if you need to visit a doctor for diagnostic testing. They are good for parents-to-be who want to make sure they have a healthy baby.

Chronic diseases are multifactorial, which means that they are influenced by several factors, not just your genes, but your diet, environment, smoking, alcohol, and exposure to chemicals (think pesticides for farmers and solvents for industrial workers). Health-focused at-home tests can evaluate your risk of developing many chronic diseases, like heart disease, diabetes type II, atrial fibrillation, and even gallstones. 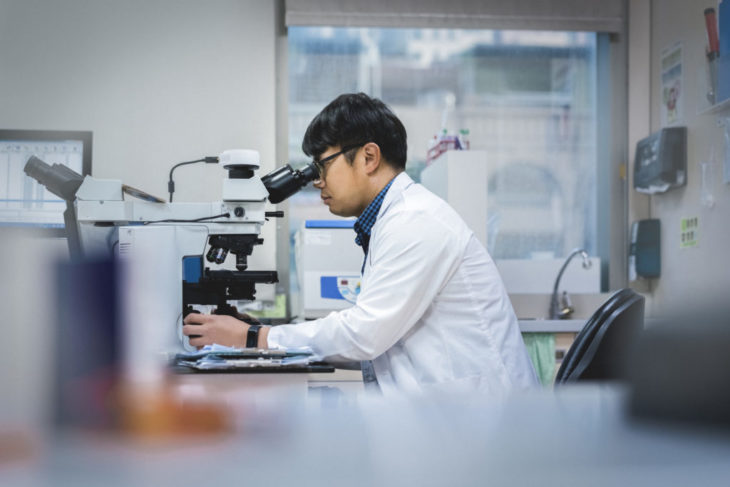 Personal traits: the future of health

Research into DNA has also revealed information about our appearance, but it’s not as simple as it may seem. For example, you could discover your eye colour, but it’s not determined by a single gene. In fact, the appearance of your eyes is incredibly complex and involves at least 16 genes.

Your earwax, the intensity of your body odour, and even whether you can smell (or produce) asparagus-scented urine is influenced by your DNA. Some may quibble that these findings are totally irrelevant, but it’s simply not true.

For example, wet and dry earwax type is also associated with breast milk production in lactating women. Dry earwax in women, which is common in Asian populations, is associated with lower production of colostrum, a nutrient-rich type of breastmilk that is important for newborn health.

At the same time, asparagus urine actually involves specific metabolic pathways associated with the breakdown of sulfur-containing substances from food. The body’s complex machinery still has a lot to teach us, and by understanding how our biology deals with different chemicals, scientists and doctors can use this information to make breakthroughs for our health.

So, while personal traits informed by your genetic code might seem like a bit of fun, discoveries such as these can actually provide guidance for research and public health initiatives around the world and, in the future, can help humans stay healthier for longer. 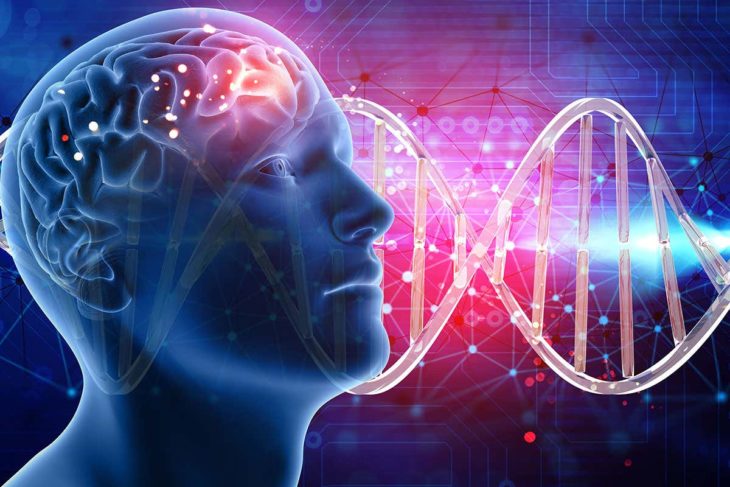 The environment influences your genes

Like your smartphone, your genes have factory settings that you have the ability to change. For example, your genes are set to perform a certain function at specific times and at a specific rate, but external factors can influence them.

Research into obesity is an excellent example, because researchers wanted to find out why some people put on more weight, and others can eat as much as they want and stay lean. One theory was the “thrifty phenotype”, where they hypothesised that early life experiences could help the body determine whether it needed to store all this weight (in case of famine) or if it was safe to burn it. 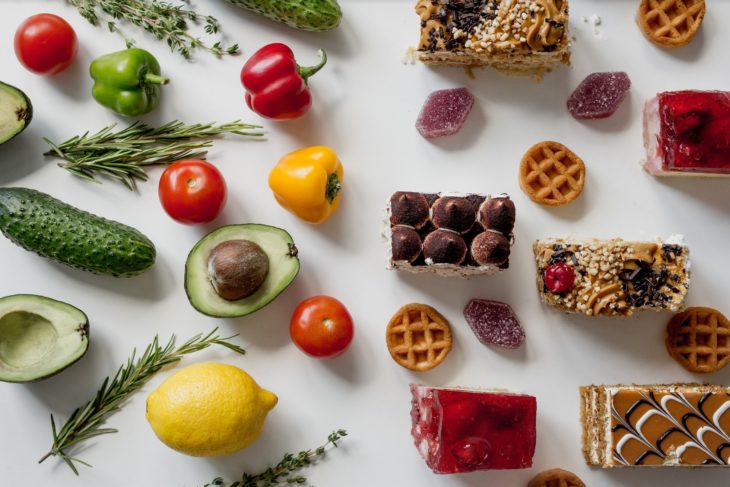 Your diet influences your DNA identity

Parkinson’s disease studies also reveal how the environment can influence your health. If you have a family history of Parkinson’s, you’re justifiably worried whether it’s part of your genetic identity. However, external factors, like having an appendectomy or being exposed to pesticides, can affect your risk of this disease, proving that DNA is only part of the bigger picture.

Having a healthy mind is an important preoccupation nowadays. Whether it’s depression, anxiety, or even Alzheimer’s, DNA plays a role in brain and mental health. However, like physical health, it’s not set in stone.

For example, there are genetic traits associated with a higher risk of Alzheimer’s, but more importantly, it was recently discovered that part of the brain can generate new brain cells, and this can help delay dementia and prevent cognitive decline. So even if you are at risk of Alzheimer’s, learning, sports, and reducing stress can help keep your brain healthier for longer.

As for depression, there’s still a lot to learn about it from a genetic standpoint. For example, one study showed that gene variants for serotonin production can influence the risk of depression after childhood trauma. That’s because genes influence the work of neurotransmitters in response to external events.

In fact, the link between behaviour and genes is even more complex as one Russian geneticist showed when investigating tame behaviour. Dmitry K. Belyaev took a group of foxes and selected the ones that didn’t show fear or aggressiveness towards humans. After breeding tame foxes for several generations, their skeleton changed shape and they became sexually mature earlier – showing that genes for behaviour are involved in much more than just conduct.

Don’t trust a slogan that promises answers to everything – true testing presents evidence-based results anchored in moderation. There are very few features, with the exception of some hereditary diseases, that are definitive.

Consider genes as a contributor to your history, health, and future. As humans, we are biological creatures with a body that is sensitive to the environment, air, food, and stress. So if you’re looking for ancestry DNA results for Mexican or Eastern European origins, you might get more than you bargained for.

Simple Habits That Will Change Your Life for the Better

5 Ways Sleep Is Good for Your Relationships