What To Binge: ‘Jack Taylor’ on Netflix

If you are having a super busy summer like I am, then you seriously need some downtime. Yes of course, beach, parks, outdoors – all of these are very important, but if it’s disgusting and humid outside then the only cure is staying inside with the blasting AC. I also highly recommend hunkering down for some Jack Taylor on Netflix.

I am obsessed with British and Hibernian murder/detective dramas to the nth degree but after having exhausted most by now, I was very pleased to find this one to continue on my journey.

Set in Galway, Ireland, the show follows an alcoholic Irish cop (Taylor) who loses his job because of the drink but is just so charming and good that he stumbles into Private Investigator work for cold hard Euros.

He still intermingles with the Irish “Gards” (Garda Síochána), maintaining a complicated relationship with the force. His knowledge of the city and its underbelly serve him well and he gets beaten up nearly every episode. It’s beautiful.

Jack is a charming womanizer but our sympathies lie with him anyway (the show has no misogyny unlike so many of our American versions). There is not much I like more than tales of broken down men who solve crimes – one of the most cliched tropes in all of television – but one I embrace deeply. His dip in and out of sobriety keeps you on edge as well – as you want to slap him one moment and cradle him the next – just like that stupid boy you dated when you were 24.

Just look at him: 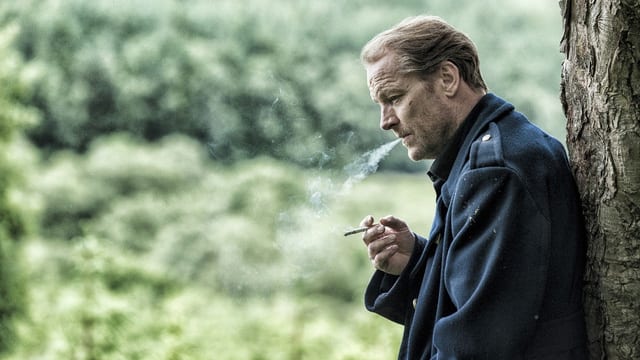 In addition to his character being exciting, the plots for each episode are seriously action packed, fully fleshed out and varied. The supporting cast is also brilliant and his partner in crime Cody is played by super freaking hot Killian Taylor.

It also feeds into the dream of stereotypical Irish stories: boy-molesting priests, girls abused by evil nuns in convents, and Irish gangs in trailer parks drinking and fighting.

Sit down, pour yourself a Guinness and waste your day. Yay!