What would cars look like if they were designed by celebrities?

Other than their luxury homes and expensive fashion choices, celebrities are widely famous as both owners and designers of some ridiculous cars, which reflect their careers and personalities. Famous and influential people of all levels are not strangers to just walking into dealerships and demanding what other people can only dream of.

Movie stars, popstars, rappers and TV show hosts alikedrive around in their own designstoday. This is fascinating to see, as some of the most talented people in the world with unlimited amounts of money let their imagination come to life.

People from Chipex decided to try themselves in this area, and channeled their inner celebrities to try and design cars they imagine these six celebrities would approve of. They tried their best to capture the signature styles and personalities of these stars, and these are the results: 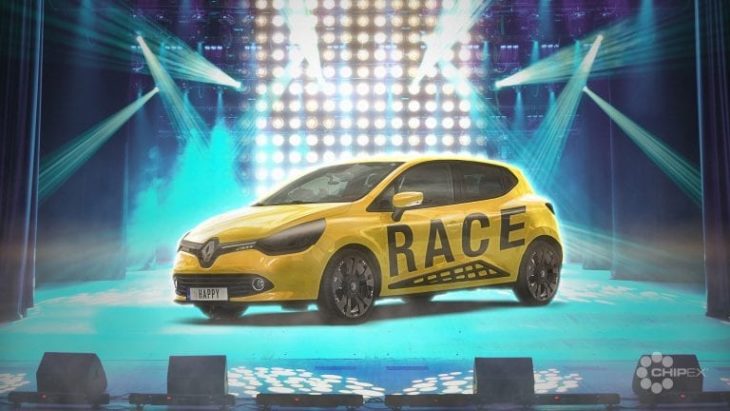 Pharrell Williams and his Adidas Hu line are a huge hit as of late,and a wide range of designs appeared this year. Tons of NMD Hu models saw the light of day, sporting inspirational messages on the forefoot, along with wacky color choices. This line is meant to spread humanity among people worldwide.

Hence, the choice for the car Pharrell Williams would design is thisamazing Renault Clio, which sports a yellow colorway. This stunning vehicle also has black lettersacross its yellow paint, a detailwhich serves to spread the message of equality, something that Pharrell is pushing for in a beautiful way. We really think he would approve of our design. 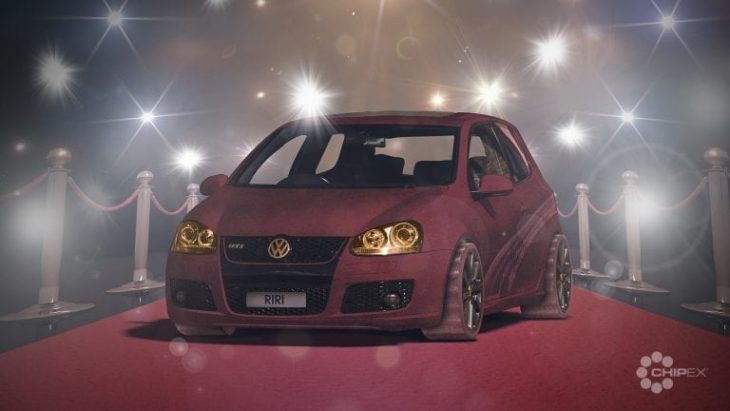 This VW Golf is based on the designs of the singer’s Fenty shoe partnership with the famous sport’s brand Puma. Their FENTY x PUMA collection started with the Puma Creeper model. Footwear News ranked this sporty shoe the best shoe of the year. The Burgundy Velvet Puma x Fenty creeper shoe model then inspires her Golf. We are proud of our work! 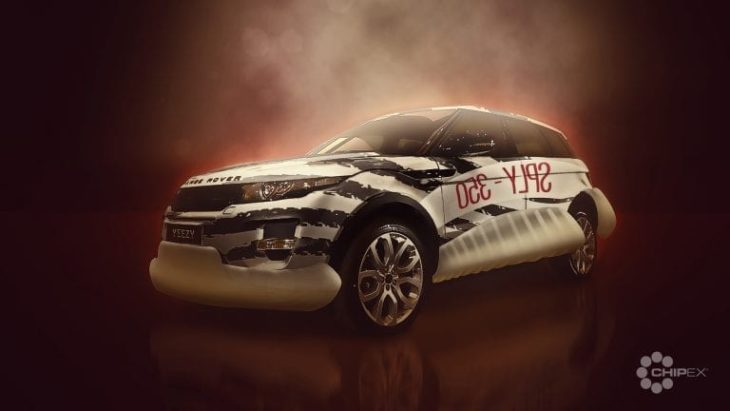 Kanye West is perhaps more famous today for designs shoes and other apparel for his fashion line Yeezy, than he is for his game changing rap career.In addition, he is no stranger to collaborations, especially with Adidas. They paired to create some of the most desirable and widely recognized sneakers in the game. Their Adidas Yeezy Boost 350 v2 are an iconic shoe line, with the famous “Zebra” colorway with Red SPLY-350 branding perhaps the most well known and desired. Naturally then, Kanye’s Range Rover Evoque would have to feature the black and white from the shoe. 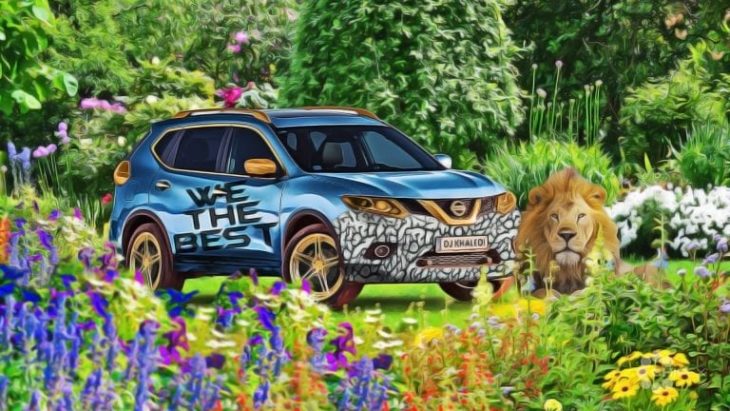 DJ Khaled has been present for almost two decades on the rap scene, gathering the most popular artists at any given moment and producing enormous hits. He is now again collaborating with NIKE, already having been successful in the past. The newest pair of sneakers they created is the super limited editionsneakers called ‘We The Best’. His Nissan Qashqai will therefore have to incorporate a pain job based on the Air Jordan III design, along with the iconic “WE THE BEST” brand. 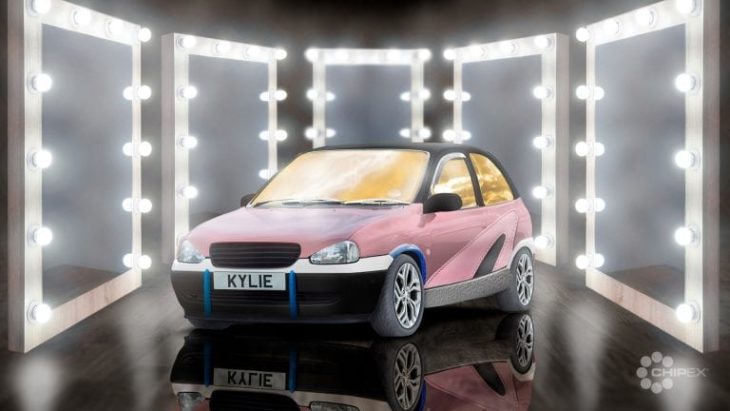 The most successful member of the Kardashian/Jenner family, Kylie Jenner has a successful partnership for trainers with Adidas. They came up with Falcon trainers from Adidas Originals for women, which bring retro vibes along whit a white mesh upper and beautiful, premium, pink suede overlays. Her Opel Corsa just has to borrow the features from the sneaker. In sports pink, grey, black and blue, along with a “window” accent. Reminiscent of makeup lights and mirrors, right? 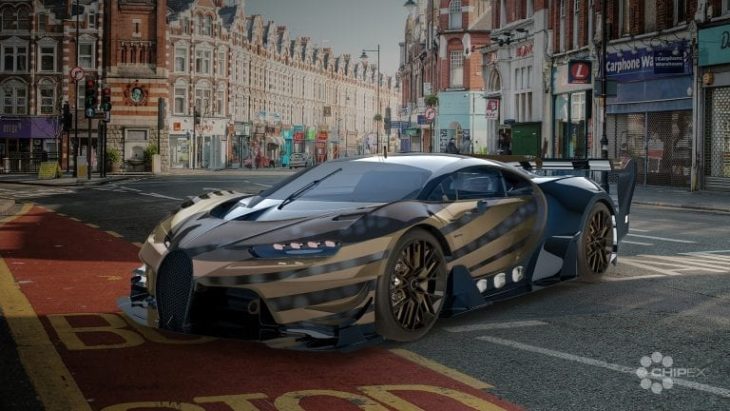 We envisioned this Bugatti Divoas a tribute to his design of the Nike Air Max 97 Sk, which features a Moroccan touch and feel. The shimmery stripes of the shoe go perfectly with the contour of this ultra-fast car. Furthermore, blue accents are there to reflect his embroidered fabric present on the shoe, which is really similar to the shades of royal colors.

Six Easy Steps on How to Find Invention Ideas

Princess Anne net worth – Finances of the British royal family