Is There A Male Equivalent Of “Butter Face”?

Yesterday’s Urban Dictionary word of the day was “butter face,” defined as:

Basically, it means a girl with a sexually attractive body but a less-attractive face. So of course I put the link to “butter face” definition in my Gchat away message with some grumbly comment about the obnoxiousness of the phrase.

But then a male friend IMed me to say, “Simmer down, that’s not sexist! ‘Butterface’ just means the same thing as calling a man ‘ugly.’” But really, it doesn’t! “Ugly” can apply to both men and women, but “butterface” labels a woman only by her appearance. Men are always going to assess women’s face, legs, ass, boobs—that’s just what healthy human sexual attraction is. But labeling her based on what he considers to be her worst feature is just mean and nasty. It’s crueler still because there is no male equivalent. 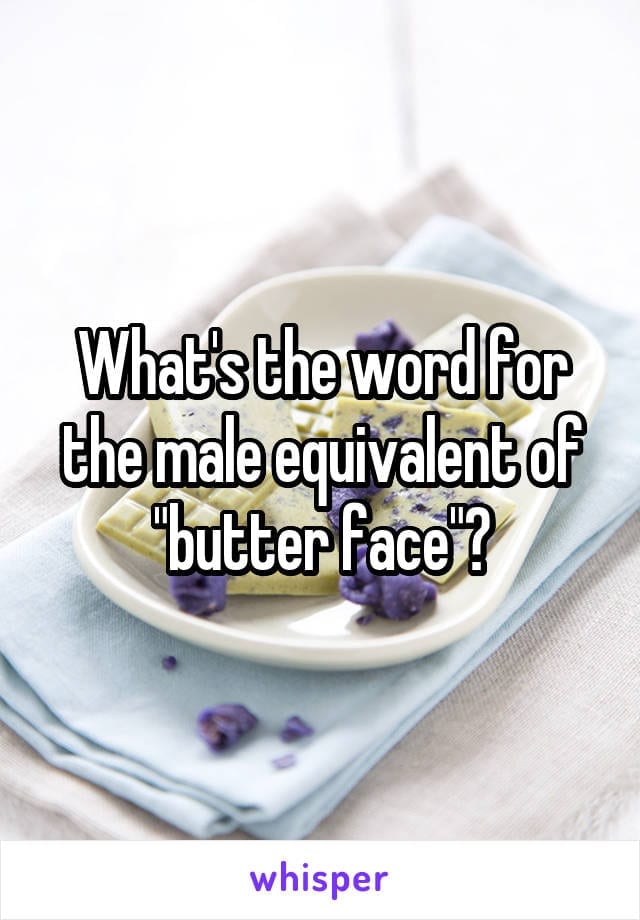