Why I Inspect My Vagina Every Day

“Are you okay in there?” my roommate asked me after I’d surpassed the 30-minute mark in our shared bathroom.

“Yep!” I hastily replied from the cold, linoleum floor where I sat naked. “I’ll be right out!”

I took one last look through the small compact mirror at my vagina, thoroughly inspecting each fold, small bump and hair, and hoisted myself up off the floor. In a matter of months, this scrupulous examination had become my daily routine…and to this day, I hate every minute of it. 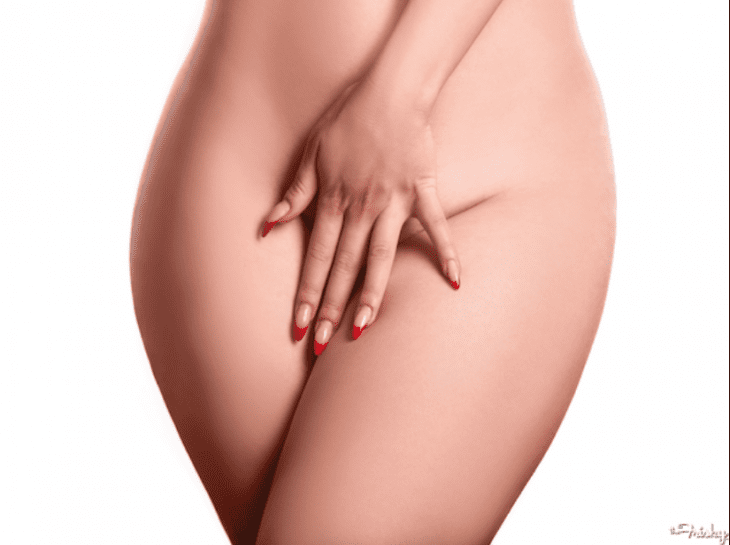 It all started when I had unprotected sex with a guy I was dating a few months back. He bailed a few days after we did the deed and told me he wasn’t “feeling it” (as they do), leaving me regretting my decision to sleep with him. About a week later, I noticed a small bump on my vulva, right at the opening of the vagina (where you’d insert a tampon). I thought nothing of it and brushed it off as a pimple, but days later, the bump had become larger and much more suspicious looking. It didn’t hurt, puss or look like any of the STDs I’d learned about, but it wasn’t there before, and it certainly didn’t look normal. Given the coincidental timing of the guy who decided to hump and dump, I spent countless hours Googling various images of STDs from herpes to syphilis, trying to diagnose myself via WebMD and even sending photos to my sister, but found no concrete answer. Still, the flesh-colored bump looked sort of like a wart, so I knew it was best to get checked out.

I made the earliest available appointment with my gynecologist for the following week, but I wanted— no, NEEDED— answers before that. If I had an STD, I needed to know immediately, so the quickest option was Planned Parenthood. I’d become so worried about my vagina that I wasn’t sleeping, and even had a panic attack assuming I had a genital wart. Or what if it was herpes? Or a tumor? I was hyperventilating, sweating through my clothes, and even called my mom to calm me down (which I would NEVER do, because my mom knows nothing about my sex life and that’s how I like to keep it, but that just goes to show how freaked I was). The next day, I went to Planned Parenthood, where the doctor took one look down below and told me that my bump looked “like a harmless, little cyst or something.” I left that clinic feeling slightly relieved, but with the confidence that there was more to it than that. I wanted to see another doctor. The very next day, I went to another Planned Parenthood and was told I had “an ingrown hair” and to soak in a warm bath. I still wasn’t satisfied, mainly because hair doesn’t grow there. I went to one more clinic the following day, and the doctor told me that “it doesn’t really look like a wart” but I would need a biopsy to know for sure, and that a surgical procedure could only be done at my actual gynecologist’s office. 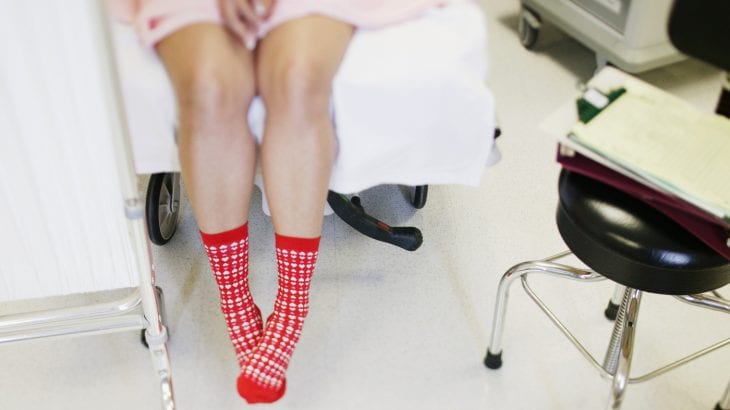 A few days and what seemed like 30 years later, I found myself, yet again, in a gown and stirrups. My gynecologist examined me and told me that the mystery spot could be a wart, but didn’t feel like one to the touch. The other possibility was that it was a harmless cyst. She gave me the option to remove it with the warning that “it will be very painful because we would have to cut a large enough surface area to biopsy.” It was the only way to know for sure what was growing on my body, though, so I opted to let her remove it. The pain of the cutting was horrible, and the healing process was even worse. Imagine not being able to walk, sit, stand or pee without a giant chunk of your vagina bleeding, burning and constantly touching clothing. It wasn’t in an area where I could just pop on a Band-Aid and call it a day.

Four days after my biopsy, I received a call from my doctor that my results came back. She was shocked to learn that the lesion removed from my vulva was a VIN3, which stands for Vulvar Intraepithelial Neoplasia. The 3 meant it was in the third stage of progression; a high-grade, advanced precancerous lesion of the vulva. When I asked my doctor what causes this, she said it’s likely from HPV, which almost all women will have at one point or another in their lifetime, even though most women don’t experience any symptoms. The funny thing is, I tested negative for HPV at the time of the biopsy, and tested negative for years before that. Only once did I ever test positive for HPV, and subsequently went on to receive the Gardasil shots to prevent me from developing other strains of the virus. After that one time 4 years ago, I never tested positive for HPV again. I’m a healthy, young woman who eats well, exercises and doesn’t smoke, but I’ve had a few unprotected sexual partners. My risk was low, but it was there, and as my gyno said, having a VIN3 was like “winning the crappiest lottery in the world.” Rare, and unwanted. Once I was given a diagnosis, I had to go see an oncologist who would examine my vulva and make sure there were no other signs of pre cancer. Thankfully, he gave me a clean bill of health, and told me that the area removed was the only infected spot— but that wasn’t the end of the misery. Because the lesion popped up so quickly and advanced at such a fast pace, I was told to regularly check myself in the mirror, making sure there are no other bumps or concerning lesions. Since I’ve been on high alert, I’ve been back to my gyno twice for false alarms: one was a pimple and one was an ingrown hair. It’s been a terribly nerve-wracking experience thinking every small bump on my nether regions might be cancer, but it’s been a wake up call. It took my vulva months to heal, I couldn’t have sex, and peeing was painful. But the worst part was knowing that if I hadn’t been so persistent about getting that little bump checked out, I could have cancer right now. Hell, I could be dead. 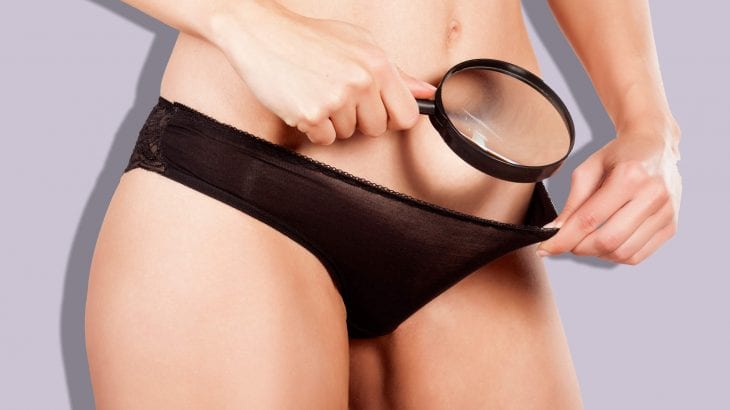 So now, just like brushing my teeth, applying moisturizer and eating breakfast, inspecting my vagina has become a part of my daily ritual. It’s annoying and, quite frankly, sort of shameful to think that this examination is necessary, and that I can’t just “embrace my vagina” for what it is, but it beats the other option. Some of you may think I’m paranoid, but I see my daily vagina checks as a precaution, the same way someone who doesn’t want skin cancer makes sure to apply sunscreen each day. I wasn’t safe before, so I might as well be safe now. It’s never too late.

What to do when you need a handyman