At one point, OS x and iOS browser, Safari, was one of the most popular browsers available. It was a Java-based software with the Java engine, which made it the fastest internet browser, probably ever. Plus, some feature that couldn’t be found on other browsers could be found on Safari. This was one hell of an advantage.

The highlight of Safari was its cybersecurity approach. It is widely known that browsers will track your activities, save the history of web pages you visited, and present you with suggestions, which could be of some interest to you. You have a possibility of browsing incognito with through the “Private Browsing” mode. That way your search results and history would stay hidden and secured. 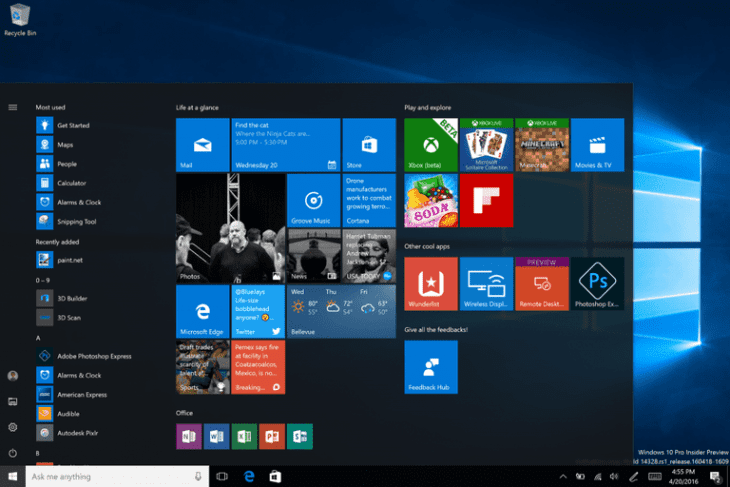 Some might say that this feature is nothing new because some other browsers have this mode too. However, with other internet browsers you must use Google, and as we all know, Google is keeping tracks of which sites you are visiting. Safari enables you to stay totally hidden by using “Duck Duck Go”, which is a search engine that will keep your searches private.

Opposite to many other internet browsers, Safari was a customizable one. It featured a “Reader” mode, that blocked any advertisements that could bother you while reading articles, or e-books. Dragging-and-dropping Safari anywhere on the screen is possible. This action is not possible with any other popular browsers like Mozilla, Opera, or Chrome. 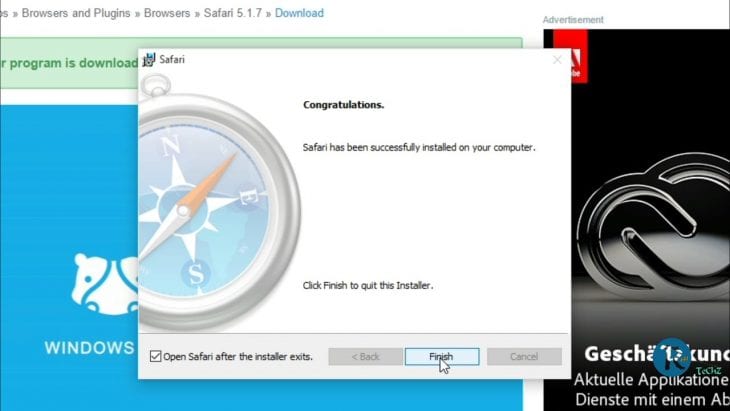 All of these features made it very popular for Windows users. However, from 2012 Apple stopped updating the Windows version of Safari. Searching for it on Google is a total waste of time. If you really want a Safari for your Windows 10, you can only download Safari 4.1.7. from Softonic. Naturally, this is the older version of the browser, and it doesn`t feature the newest add-ons that can be found on iPad or iPhone.

Experiences of people that used Safari on Win 10 are saying that even older version of Safari works much faster than any other, popular browsers. Still, the installation of Safari for Windows 10 can take an unusually big amount of time to install. This is where all the trouble begins. 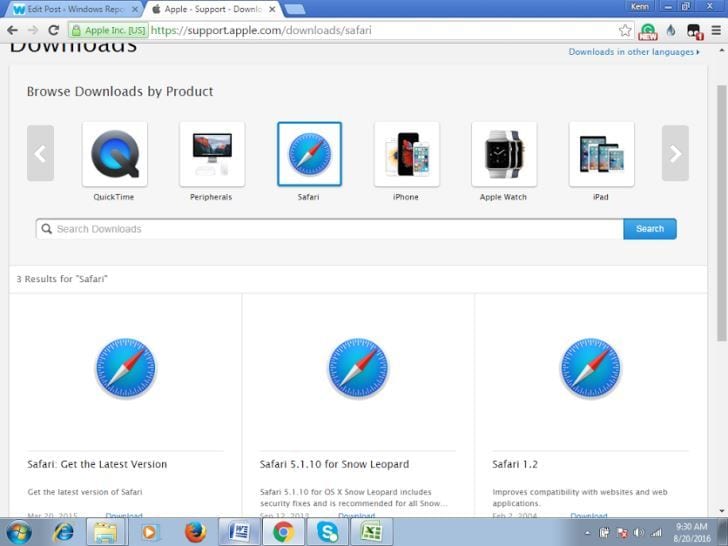 Some of the websites that are regularly updated like for example, Youtube, is less likely to work on older version of Safari. Also, HTML5 videos can have some problems running. Also, there are many more things that will simply not work on this version of Safari. So, our advice is, if you really want to use Safari, you should buy some of many products of Apple. The harsh truth is that we are simply not going to enjoy Safari on Windows 10. For some time, at least.

How to Activate Windows 10?