Wondering If Your Date Is A Psychopath? Try Yawning At Them!

I am a super sympathetic yawner. It happens when I’m talking with people, if I see it on TV, if I even think of the word “yawn.” I have yawned 6 times already just writing these sentences, and yes, it was a good time.

I had always assumed this was a reflexive thing–because it’s not really something you can help. I’m not yawning on purpose, it’s just something my body goes and does on its own. Like when they whack your knee with the thing at the doctor’s office.

However! Apparently it’s not a super automatic thing. Not for everybody, anyway. At least not people who are psychopaths!

A recent study in the journal Personality and Individual Differences says that certain kinds of psychopaths may not sympathetically yawn as much when they see other people yawn–which is likely because they lack empathy.

The study, conducted at Baylor University, tested 135 students, and found that those who displayed the psychopathic trait of “coldheartedness” (though not necessarily other traits like “fearless dominance” and “impulsive antisociality”), were less likely to get a contagious yawn than those who did not have that trait. 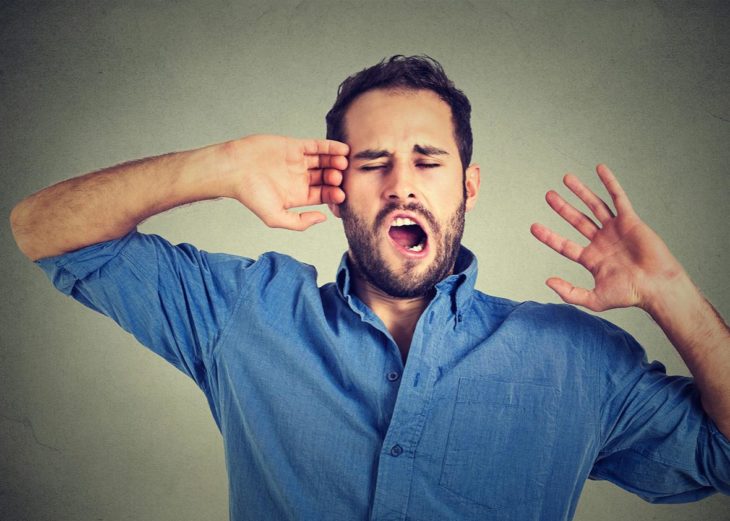 Based on the psychological test results, the frequency of yawns and the amount of physiological response of muscle, nerve and skin, the study showed that the less empathy a person had, the less likely he or she was to “catch” a yawn.

“The take-home lesson is not that if you yawn and someone else doesn’t, the other person is a psychopath,” Rundle cautions. “A lot of people didn’t yawn, and we know that we’re not very likely to yawn in response to a stranger we don’t have empathetic connections with.

“But what we found tells us there is a neurological connection — some overlap — between psychopathy and contagious yawning. This is a good starting point to ask more questions.”

HM. I don’t know. I think I’m going to use that as a take-home lesson anyway, Dr. Rundle. In fact, I think that I will try it out on my next date! I will just constantly yawn the whole time and if the dude also yawns, then he is probably a keeper. Or unlikely to murder me, which is the most important thing.

Although there is a slight possibility that this method could backfire.