10 Of The World’s Most Impressive Football Arenas

Stories are widespread through the generations of the amazing players, the most unforgettable matches, and the most incredible atmospheres. Apart from these things, it would be impossible not to mention a significant role of the great stadiums. They help add to the spirit of the football and skyrocket the mood of football players and spectators. Thus, with that in mind, don’t hesitate to check out the top 10 most incredible football venues in the world. 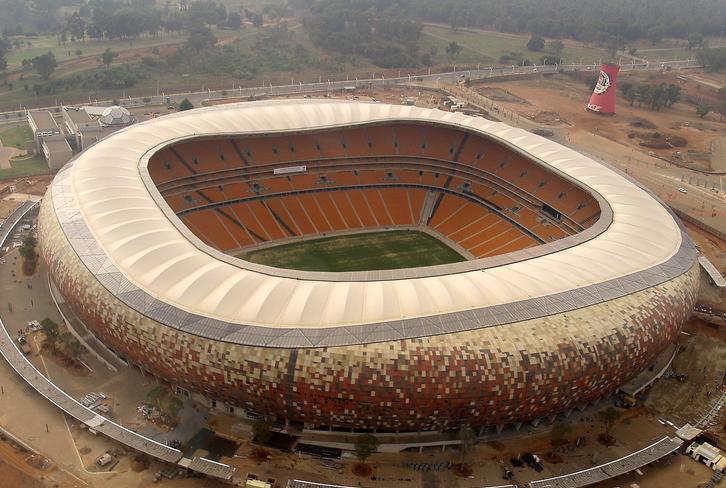 This arena was built in 1989 and is regarded as one of the most well-known in the world. Soccer City is an indispensable part of Johannesburg, South Africa which underwent important reconstruction in 2009.

According to tructiepbongda.vip he was modified to look like a calabash, an African pot, and the lighting was created to resemble a fire under the pot. Soccer City can hold almost 100,000 spectators without seats with restricted views. In 2010 South Africa, they were honored to host the 2010 football World Cup. Since then, it helped create memorable matches for football lovers around the world. 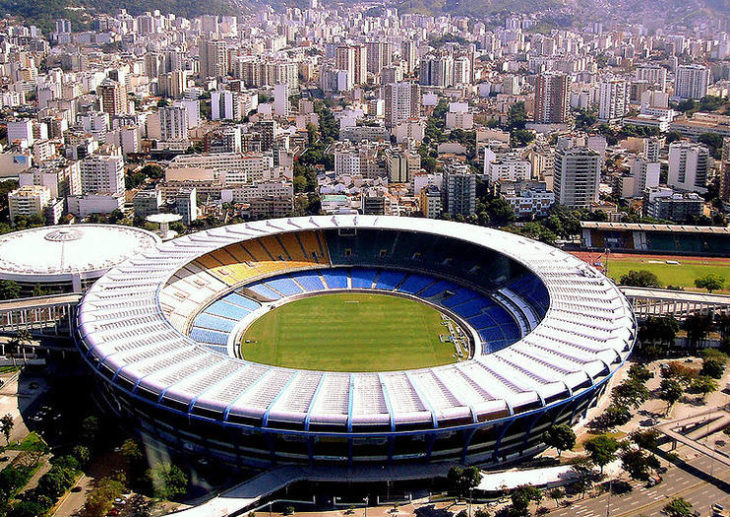 The Maracanã in Rio de Janeiro is one of the oldest stadiums opened in 1950. It had the honor to host such the best events as the 2014 World Cup, the Rio Olympics 2016 and many more. The most remarkable match in this arena should be 1950 World Cup final when Brazil lost its trophy to Uruguay even when this new was built and Brazil was a host country

One of the most beautiful countries in the world- Germany is home to one of the greatest stadiums. It is The Allianz Arena built-in 2005. The unique part of this football arena is that it contains an iconic design. So depending on which team is playing, it will change the color from red to blue and more. Since Allianz Arena has 75,000 seats and attractive features, it is regarded as one of the best in the world for its unique style and shape. 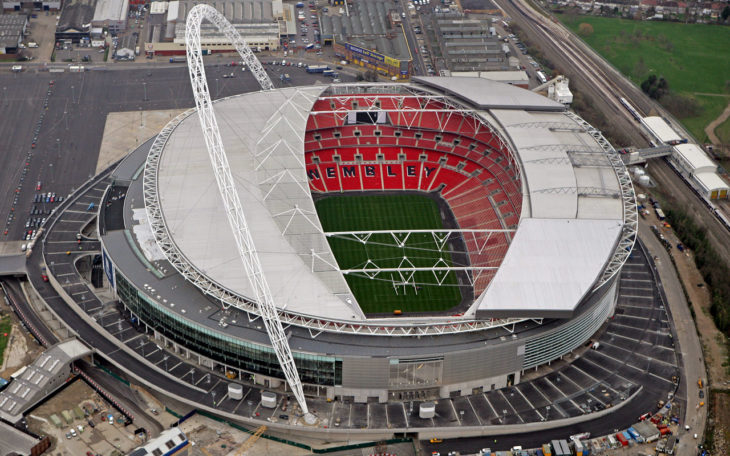 Wembley Stadium welcomed its first spectators in 1923 and then underwent a huge refurbishment in 2007. After that, Wembley Stadium shows its new, stunning design that can accommodate 90,000 spectators at one time. What makes this even more stunning is the 134 meters high Wembley Arch stretching over the building. The London Wembley is known as “The Home of Football” since it welcomes all the football games and musical performances of the most famous singers as well. 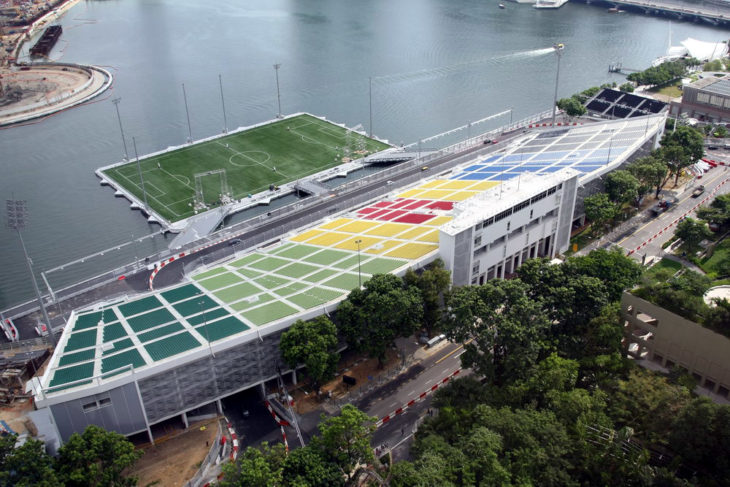 Floating Stadium was first introduced in 2007 and then officially recognized as the largest floating arena in the world. It is absolutely the most exorbitant the world has ever seen since It is a floating platform anchored to the shore with the use of three link-ways. The cost of balls lost in the Marina Bay water is also an expensive part. Besides, he has a capacity of around 9000 fans. 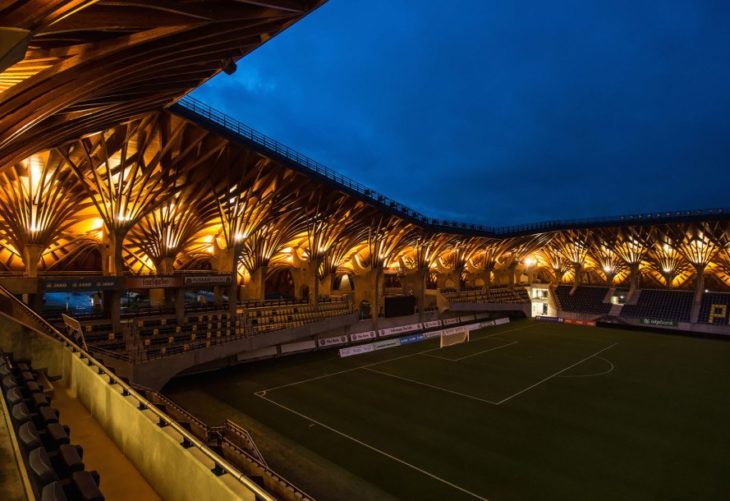 The Pancho Arena is a remarkable space which can carry the weight of around 4,500 fans. What makes it become outstanding is that it contains an amazing wooden interior with curved lines. The Pancho Arena was created by the well-known Hungarian architect Imre Makovetz who designed a feeling of sitting in a museum or a holy place. This architectural masterpiece was opened in 2014 in Magyar city. It was named after the Hungarian legend of the game Ferenc Puskás, whose nickname was Pancho. 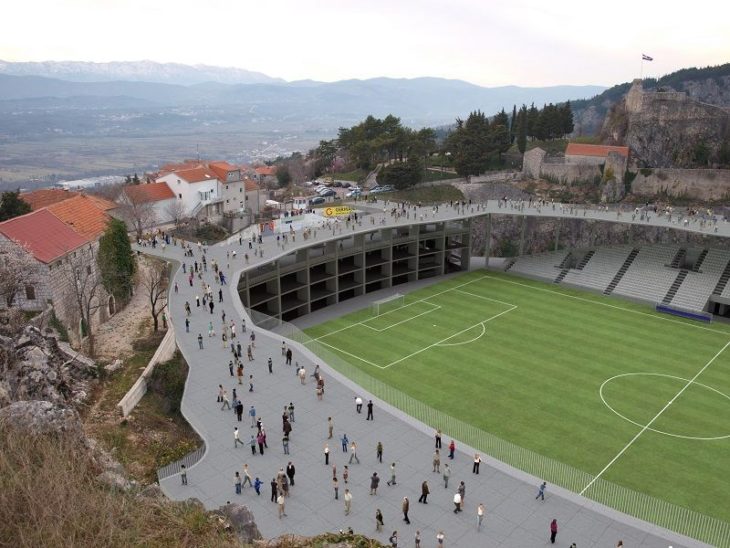 Stadion Gospin Dolac’s official seating capacity is around 4000 seats, which is not the biggest in the world, but it is one of the most stunning ones. It was “born” in 1989 and situated on the Croatian/Bosnian border. The pitch situated towards the edge of a cliff and the surrounding ruins give the viewers the perfectly picturesque backdrop. Another interesting fact is that the lies in the rocks next to the world-known Blue Lake. 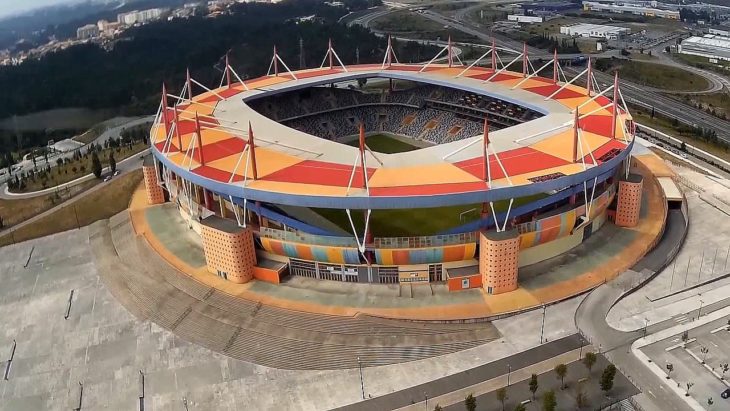 In 2003, a Portuguese architect-Tomas Taveira designed one of the top 10 coolest stadiums in the world. The Aveiro municipal stadium, which is Lego-like building that contains some fun to the lives of Portuguese football lovers and football players, is absolutely colorful and eye-catching. Estádio Municipal de Aveiro has the capacity of over 30,000 viewers. 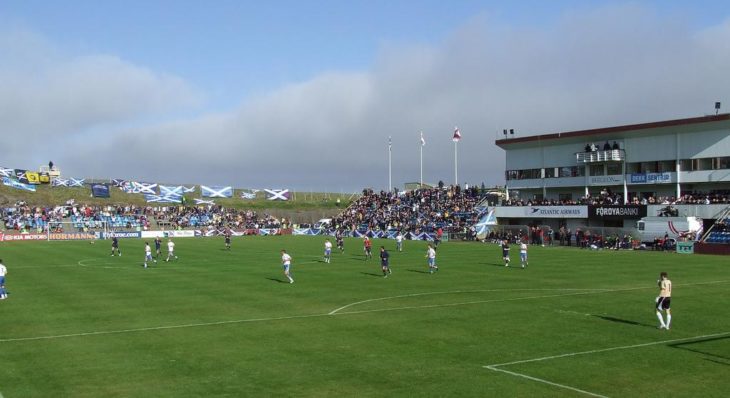 Svangaskard Stadium, Faroes Svangaskard is located in the small village of Toftir on the Faroe Islands. It was first introduced in 1980 and has then become home to Faroese premier league club. He is located in a cold climate area. It makes this spot quite a comfortable place for all of the football players. Nevertheless, the fans need to make an hour-long journey under tunnels and over bridges to approach from the neighboring town. Svangaskard Stadium has a big capacity which can accommodate 6,000 spectators. 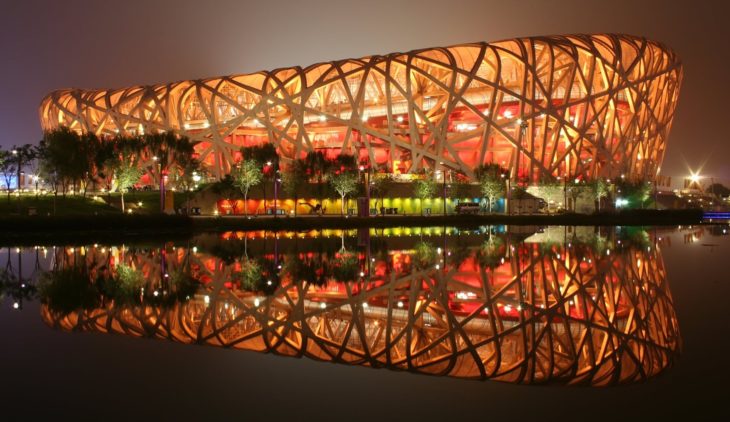 Last but not least, Bird’s Nest Stadium is a big, 90,000-seat situated in China. It was opened in 2008 and is known as the Beijing national arena. This one is called ‘bird’s nest’ due to its shape as well as its exterior outlay. The secret technique behind the construction of this is quite simple. The design of this was totally accomplished by Chinese and Swiss architects who decided to expose the steel structures completely to make them look like a big nest.

It is always great to learn about unique and stunning places in our big world. Therefore, if you recognize that I have missed out some of the stadiums that deserve to be on this list, please feel free to give out your comment with me.

When Should You Take Your Pet To The Vet?

6 Most Crypto-Friendly Countries in the World in...