10 Tricks For Dealing With An Awkward Silence

It’s always so uncomfortable, isn’t it? The two of you are seated at the dinner table, face to face with each other, alone. Well, there’s that third wheel friend tagging along named Awkward Silence.

Sure, you could complain about the unbearable summer weather, or talk about your job or how your team lost the game again. And if worse comes to worse, you can always “accidentally” glance at your phone and realize you were supposed to (insert ridiculous, obviously B.S. story here) before you dash away.

But where’s the fun in that? The next time you’re at a loss for words, try one of these totally genius conversation starters to get your date to open up. Who knows? That stranger could become the next love of your life (or at least, a fun hookup).

“A guy said to me once, point-blank, ‘Embarrassing story — go!’ I was totally caught off guard, but the way he asked was so funny that I couldn’t help but blurt out about the time I fainted right in the middle of my high school music recital. But then, he shared his embarrassing story with me (not telling!), so it turned out fair enough.” — Jenelle, 29

“‘Any hidden talents I should know about?’ This is a great one … that is, if you can pull it off without sounding creepy. Minds out of the gutter, people!” — Tania, 31 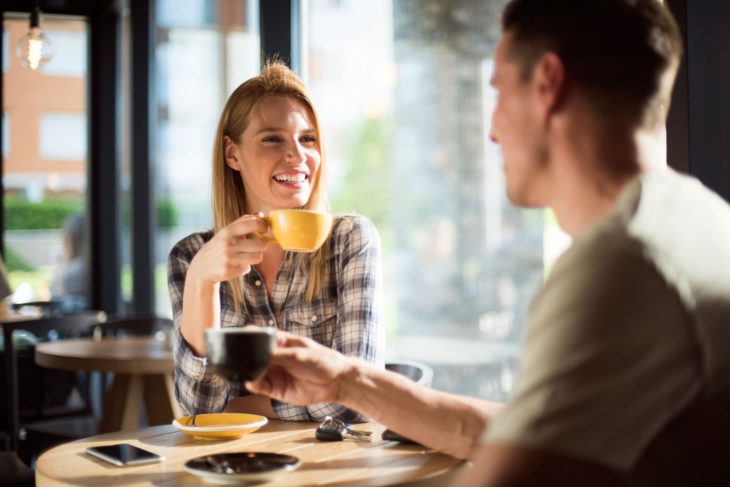 “We were meeting at a Thai spot in my neighborhood. I suggested the date idea. When we got there, she looks at me kind of sheepishly and says, ‘Can I confess something to you?’ She admitted to me that she hated this particular restaurant because it was a favorite spot of her ex’s, so there were bad vibes and whatnot — but she was just afraid to make it awkward. It did feel awkward at first and she didn’t need to get into details, but I felt much more open with her. It’s like, you have dirty laundry and so do I, and it’s fine. It was just that sincere honesty that I liked!” — Marc, 29

“‘Did you see that epic prank video? The one with the koala bear and the jar of peanut butter?’ Then, he whipped out his iPhone and played it for me. I hadn’t seen it! Bam, discussion.” — Alicia, 22

“A date asked me once, ‘Who is your secret weird crush?’ And don’t even lie to yourselves, we all have one! (Mine was Neville Longbottom from Harry Potter because he got super hot in that nerdy kind of way.)” — Shawna, 22

“‘What’s the worst date you’ve ever been on?’ It frees you up, levels the playing field. Hopefully, it’s a funny story and they just won’t say this one!” — Taylor, 34

“My Tinder tagline is “Lettuce Turnip The Beet,” which I felt was appropriate since I’m a vegetarian who likes loud music. I always get interesting responses to it from pun-lovers — but all-time favorite was from a guy who’s first message to me was “Your tagline gives me a chard on.” Naturally, I replied “Thanks a latte!” He responded, “Seriously, I’d put a 3 carrot ring on your finger.” I told him I’d give him a pizza my heart. We continued back and forth for another 20 minutes or so and started to ask questions using strictly food and beverage puns. Best punversation I’ve ever had.” — Myrtle, 27 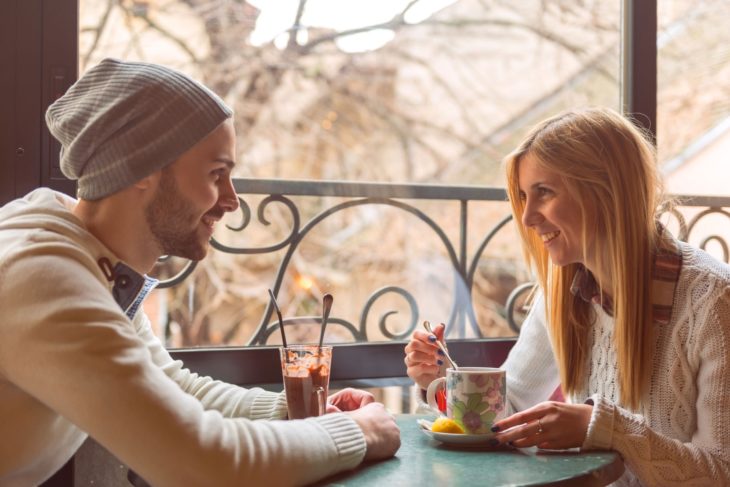 “I love to ask people, ‘What’s your guilty pleasure?’ Mine is binge-watching Real Housewives, by the way!” — Lupe, 28

“My friend asks his Tinder matches to describe themselves in five emojis which always turns into incredible conversations. A girl he went out with Monday used a gun, cig, cheeseburger, fries, and pizza.” — Michelle, 27

“Let’s just cut to the part where … and then go ahead to paint a crazy picture of romance for the night. It’s the continuing story game, but you can be funny and flirty.” — Dina, 29

How to choose the best auto insurance for you?

Adventure Not Socks This Father’s Day