14 Celebs Who Are Jerks In Person

As journalists, lots of us Frisky staffers have met celebrities—either when we’re interviewing them, or out at industry parties and events. Many of these folks are amazing and cool, normal people who you forget are famous within two minutes. Others are—how do I put this nicely?—not so sweet. After the jump, find out who we put in the latter category and why. And let’s just say that some of them (Ryan Gosling? Jennifer Lopez? Ben Folds?) will surprise you.

“Jennifer Lopez was a big letdown. I loved and worshiped her—after all, us big-bootied girls got to stick together. I was interviewing her for a foreign magazine. I walked into the interview room and she gave me a very obvious once over and then faux-sweetly asked if I would mind giving her a minute with her publicist. Apparently I wasn’t an established enough reporter to be interviewing her, and she was visibly taken aback. Because, you know, J. Lo deserves Diane Sawyer. All I know is that having me come in, introduce myself and then be banished for ten minutes seemed to be a very calculated strategy in creating a power dynamic. I also had an acquaintance who worked at the studio where she recorded, and apparently she demanded a ridiculous number of Jo Malone candles every day to help her channel her muse or some crap. She or someone in her entourage must have been taking some candles home every day and then insisting that they needed replacements.”

“Michael Pitt is a creepy douche. I went to his apartment to interview him and am fairly certain I walked in on some sort of drug deal. He seemed spacey and strung out the entire time I talked to him, and after asking him an innocuous (no, really) question about an upcoming project I’d read he was involved in, he reached over, turned off my tape recorder and told me to leave his house. I was practically in tears. I interviewed him again after that and found him to be equally listless and weird.” 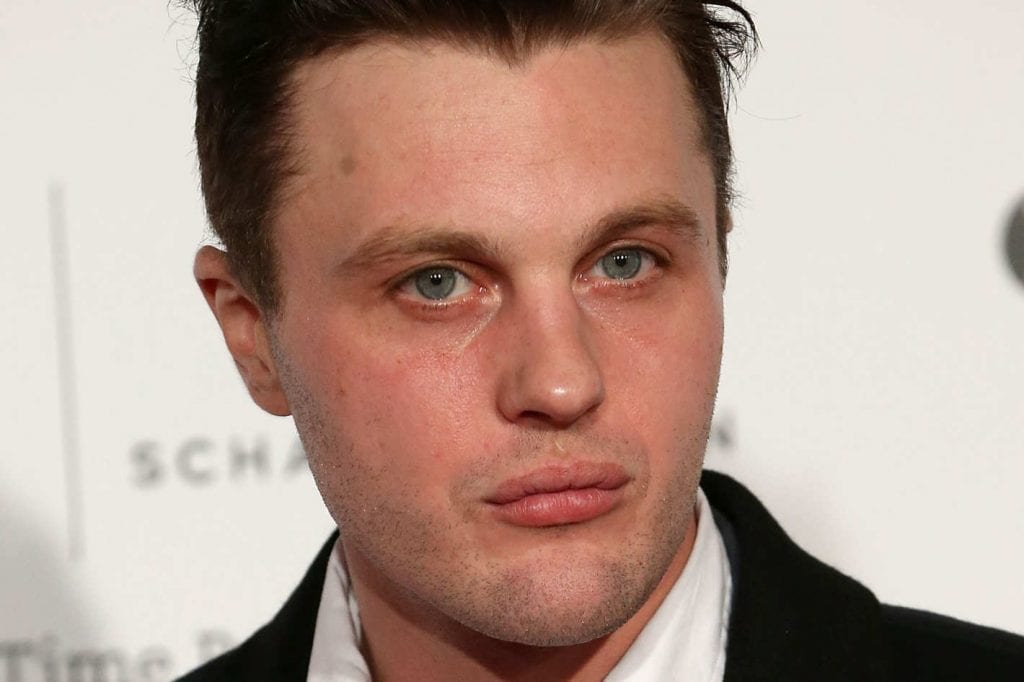 “Constantine Maroulis from “American Idol” and now “Rock of Ages” on Broadway was such a dick when I met him in person. I was working on the production team for his Broadway show and I asked him for a picture because my mom thinks he’s hot. When I told him I was not some weirdo fan, but a member of the production staff he said, ‘I bet you are.’ And started laughing with his friends.”

“The jerkiest celeb I ever met will break Amelia’s heart—Ryan Gosling. I was working on a story about a karaoke bar in the city where Ryan’s sister happened to be one of the bartenders. I was interviewing her and she was very cool, and was all like, “You should also get a quote from my brother. He’s right over there.” She brought me over and introduced us, at which point Ryan rolled his eyes and walked away. Lame!”

Another jerk—Ludacris. We were supposed to do a phone interview at 10 a.m., and four hours later, his publicist was, “Still trying to get him on the phone.” We finally connected at 7 p.m.. After asking him a few questions, I thought it would be funny to give him different area codes and let him tell me about his “ho” there. (This was a looong time ago.) He wasn’t having it and cut me off. “Are you gonna ask me anything real? I’m gonna hang up.” Sure, it might not have been the best interview strategy, but please—get over yourself?”

“I am bummed to say it, but Bill Cosby was a colossal prick to me. I interviewed him for a special retrospective about Ray Charles right after he died, and apparently Bill thought that my questions were stupid because at one point he condescendingly asked me which college I went to. The subtext was very clearly that he thought I was a moron. I never ate another Pudding Pop after that.” 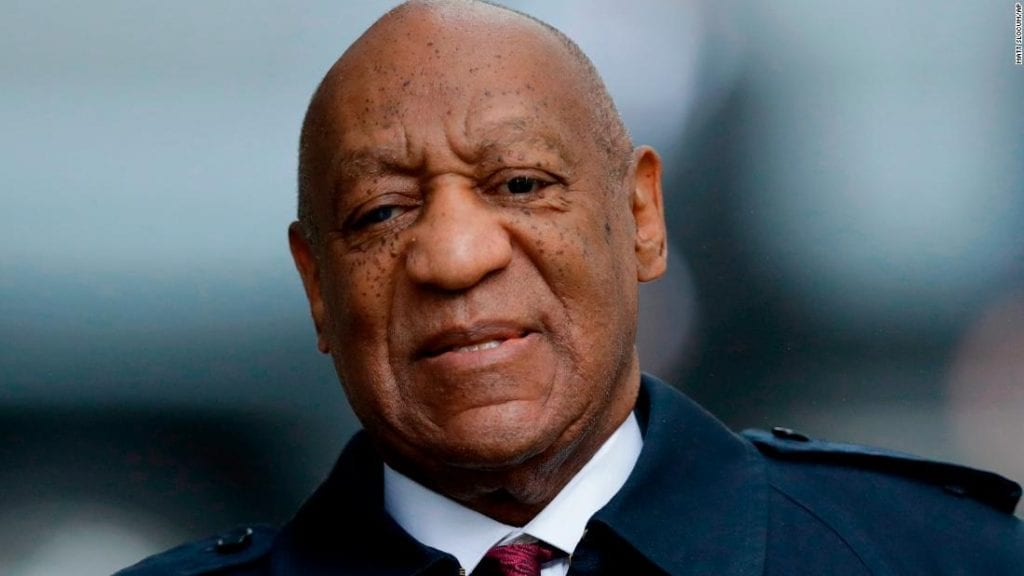 “I met Kim Stolz from “America’s Next Top Model” at a party and she couldn’t have been a bigger snot. I got into the elevator at the same time as her and her friend and they both ignored me, even as we walked up to the same apartment door together. At the party, she and her friend kept to themselves. She just sent off clear ‘I don’t want to talk to you’ vibes.”

“Henry Rollins was a total jerk. Interviewed him and he refused to make eye contact. I know my Rollins/Black Flag stuff so it wasn’t like I was wasting his time. I was really disappointed because I’d always loved his music and some of his writing. So I started asking him annoying questions, like whether or not he had an editor and then suggested his books might benefit from a good edit. I also asked him whether or not he was gay, just because I thought it would annoy him.”

“Ben Folds was a condescending prick. He decided we should make the interview about Carole King, who I know nothing about. So basically, it was an excuse to treat me like I was a moron for 30 minutes.”

“Weirdest dick alert: Danny Glover. I was once doing a shoot at Sundance with all these younger stars and he somehow got thrown in the mix. He was not rolling with it. He was in a bad mood and very gruff and just plain mean.” [Editor’s note: Danny Glover is totally a jerk. He punched my friend, who’s an AP photographer, in the face.]

“Nicole Richie was awful to me, and this was before she had the big “makeover.” She was a rude beyotch and brought her little dogs to the shoot and gave the shortest answers possible. She was way lesser known at that point. After it was done, I was like, “What’s your name again?”

“The douchiest celeb I ever met was Michael Showalter. When the photo director at Mass Appeal magazine was clearing out his old things he found a photo they’d taken of Showalter. I happened to be going to see a screening of “Wet Hot American Summer” that Showalter was going to be at, so I brought it with. When I saw him, I made my roommate come up with me to give it to him. He totally kept looking down at his computer while we stood there for two minutes and Paul Rudd was sitting next to him kinda laughing and acknowledged us. So, I handed the picture to Paul, who handed it to Michael. Only then was Michael like, ‘Oh wow, thanks, this is so cool!’ I said something awkward about cuddling with pillows silk-screened with his face on them and tripped when we scurried away.” 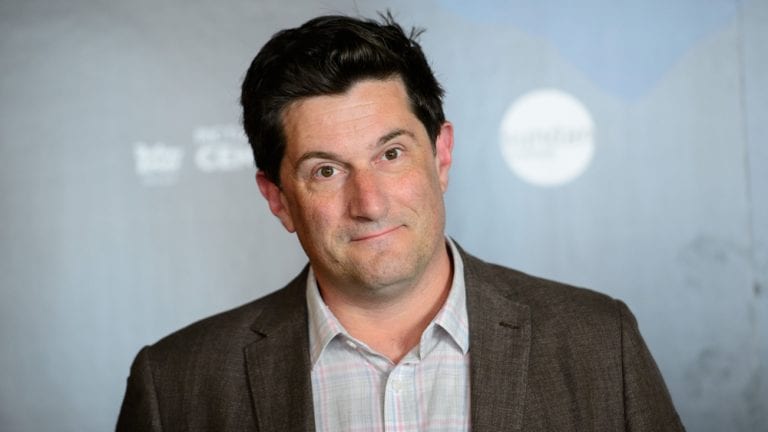 “My old roommate hangs around with Mark ‘The Cobrasnake’ Hunter and Steve Aoki and they’re both incredibly douchey. Mark always has a teenage girlfriend who he feeds booze until he can take crotch shot pictures. And I’ve met Steve about four times and he continues to pretend he’s too famous to acknowledge me … which I don’t really care about but come on, your dad started Benihanas and your mom gave you money to start a company. Get over yourself.”

“I won’t say who, but a major player in the fashion PR game who also happens to have a reality show pushed me so she could get a second piece of pizza, while backstage at a fashion show.”

Any stories in here surprise you? And please add your own celebrity run-ins in the comments section.

What The Hell Are “Treggings”?