14 Types Of Drunk People You’ll See At A Wedding

Really fun weddings produce really fun wedding guests. When there’s an open bar at the reception, and the after party and the after, after party (which is an impromptu affair on a shuttle bus back to the hotel), you’re going to see some really drunk guests. This can be particularly fun not just for the blitzed people — but for the lightweights. You know, the two-and-a-half glasses of champagne at the reception and one shot of whiskey at the after party because their pride won’t allow them to turn it down types.

They are the ones truly reaping the benefits of the spectacle. Staying relatively sober while everyone else is shitbombed allows the time and space to observe human nature. Well, drunken human nature.  Below, a semi-sober assessment of the wasted guests you’ll see at a wedding. 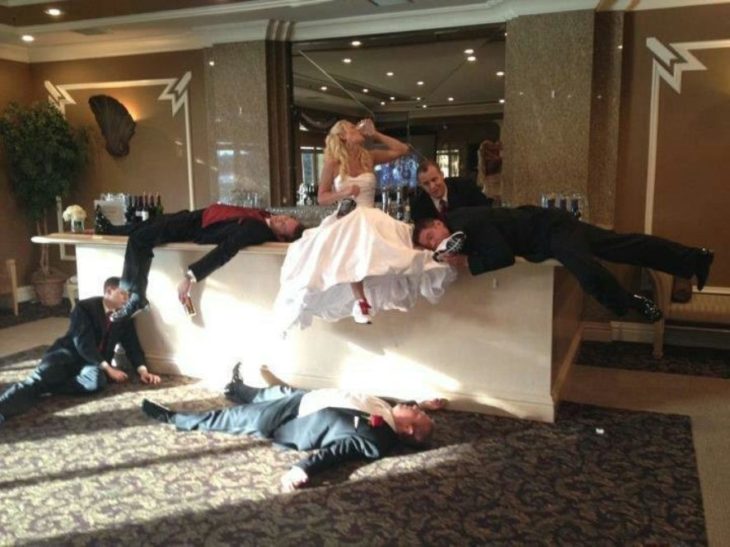 1.The person who keeps drinking but never acts drunk. You’ve seen him throw back at least 8 beers and 3 shots, yet you’re holding a conversation with him about Macroeconomics and he’s not slurring a single word. He probably doesn’t get hangovers either — that bastard!

2. The woman who keeps asking people if they’ll make out with her until someone agrees. Eventually,someone always agrees. Hopefully for the sake of her embarrassment level the next day, she only had to ask a few people before someone was down.

3. The person who doesn’t normally drink and ends up puking outside of reception hall while her date holds her hair. Someone’s not gonna make it to the after party. Leave that to …

4. The determined person who pukes and rallies. It’s like magic how this person’s can regain stamina after a quick puke.

5. The guy cruising for hard drugs. He’s hitting up guys while they’re peeing, women while they’re powdering their noses. Hell, he even asked the DJ if he’s “holding.” Dude, weddings are BYOD!

6. The person who ends the night without shoes. He/she seems perfectly happy to be barefoot in the snow/rain/on dance floor and perfectly unconcerned with where his/her shoes have disappeared to. But really, where are they?

7. The bro who keeps harassing those who aren’t drinking as heavily as him. Just…mind your own business! Why do you care if I want to nurse my vodka tonic? 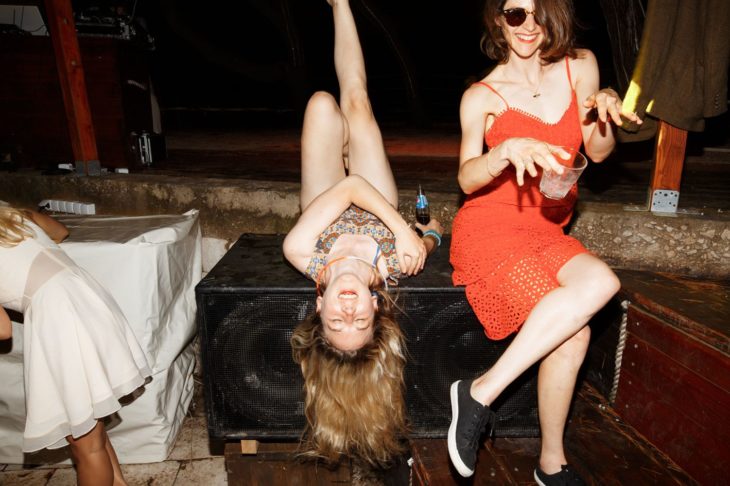 8. The career drinker who is always so drunk that when they piss themselves, people who know them think they were being tame. Let’s be honest, you don’t need to pee your pants to have fun at a wedding.

9. The happy drunk who just wants to sing/ and or dance provocatively. Let them do it! They’re not hurting anyone by trying to twerk, albeit awkwardly.

10.The woman who passes out in a corner. She’s been asleep for hours. Is someone going to wake her?

12. The crier. Weddings make everyone emotional. But not that emotional.

13. The skeevy dude who tries to hit on you even though your date is sitting right next to you. That takes some serious balls, but he’s just drunk and oblivious enough to try.

14. The parents gone wild for the night because they have a babysitter. They’ll be the last guests standing. They’ll eat and drink you under the table. They’ll challenge you to a dance off. They’ll make you feel like a stick in the mud. Why? Because this is they’re one, wild night out and they’re making the most of it.

10 Awesome Lessons I Learned From My Mom