Dating Don’ts: How Not To Flirt

Before she met her fiancé, my friend Michelle was the biggest flirt on the Eastern Seaboard. If she spotted a guy she wanted to talk to, she’d walk right up, tilt her head to one side and ask a completely inane question. At bars, the question was inevitably, “What are you drinking? That looks really good!” Within seconds she had a drink in her hand and a pair of puppy dog eyes watching her every move.

It didn’t hurt that she was very pretty, but I couldn’t believe that asking a guy—who was inevitably drinking a beer!—what he was drinking was so effective. I mean, it’s obviously a beer! One night, over a shared bottle of wine, she was explaining the finer points of her technique, when a cute guy walked over and poked his head between us. “What are you drinking?” he asked.

“What does it look like we’re drinking?” I answered snottily. I was trying to listen to my friend—attempting to learn how to talk to men. Couldn’t he see we were busy? Michelle rolled her eyes at me and turned to him with a smile. “It’s a Malbec from Argentina. Want a sip?”

That night was filled with valuable lessons. The main one being, if someone asks you a question—even a dumb one—they’re trying to engage you on some level, so don’t shoot them down. Here are a few other flirting don’ts I discovered along the way.

Not everyone’s looking for a celebrity endorsement

Zachary Lipez is a bartender/DJ/musician and so has not only witnessed some seriously clumsy flirtation attempts, he’s also been the target of one or two. “I realize I look like Paul Rubens and Harry Potter, and that you mean that as a compliment, but no, I’m not taking your shirt off anytime soon,” he sighs, describing the lines he’s been fed. [Note to the ladies: Maybe a little Potter, but absolutely no Pee Wee.]

To stay out of the danger zone, avoid telling anyone they look like a celebrity south of Johnny Depp.

The horrifying pick-up culture that brought us mooks like Mystery has spawned a generation of nitwits who believe “negging” is the fast track into a person’s pants. Unfortunately, it’s not just men who utilize this method. “I still never understand why people think being insulting is an adorable thing to do,” Lipez laments. “I guess they think they’re being cute and coy.”

I can’t believe a behavior that sixth-graders employ to express their ardor is still in rotation. If you can’t say something nice … 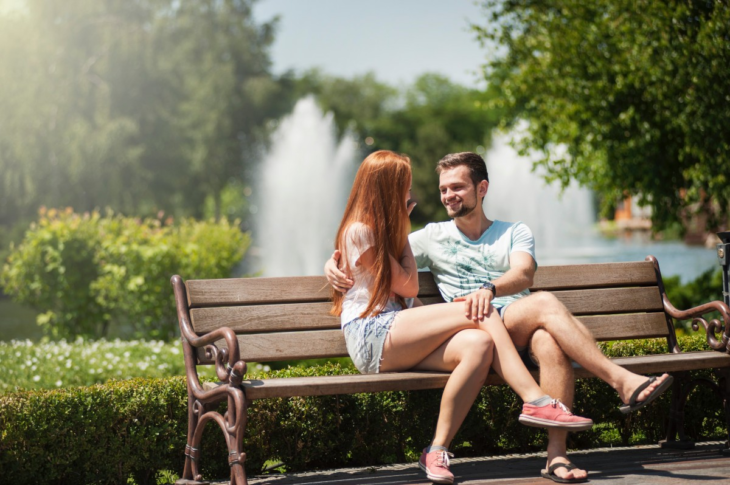 Don’t get ahead of yourself

Seattle writer Diane Mapes was on a crowded bus one day when she spotted your prototypical tall dark and handsome dude giving her the sly, one-eyebrow-raised look o’ lust. “I lean over and start talking to him,” she laughs. “I’m making what I think is witty banter and he’s smiling and laughing.” Diane was excited—who meets anyone on a bus?  So she leaned in and asked him an appropriately flirty question—just like my friend Michelle would have recommended!

This didn’t go as smoothly for her as it did for my pal. “He looked up at me with those big brown eyes and answered, ‘No hablo inglés.’”

Wit works best on those who actually understand your jokes, so maybe start off slow with “hello.” Or “hola.”

What it comes down to, if you’re a relatively attractive woman, is it’s really hard to flirt badly. I mean, what is flirting but making another person feel good about himself? How hard is that to do effectively? As long as you don’t tell the guy he looks like Vern Troyer, insult his intelligence (or his ass), and can manage to eke out a dopey question in a language he understands, you’re doing OK. If you can work in a compliment, a smile, and a flash of cleavage, you’re golden.