Texting has become as ubiquitous as the cell phones that birthed them, but what is it doing to our love lives? Can you imagine what a different movie “Casablanca” would be if, instead of suavely growling, “Here’s looking at you, kid,” Rick instead texted Ilsa:

Same sentiment (sort of), yet all the romance, sexiness and possibility has been drained out of it.

Far from simplifying male/female relations, texting adds a whole other layer to decipher. I got to thinking about this after my friend Jane called, asking for my take on a new guy she’d been out with a couple times. He had been sending mixed signals and then late one night she got a text that simply read, “U out?”

Not even a complete sentence! This wasn’t an old friend or an established relationship—this was a guy she’d barely started dating. It wasn’t even clear if this message was sent to her or to every girl in his phone book. So I thought it was time we clarified a few things and assembled a panel of women to dissect the matter. 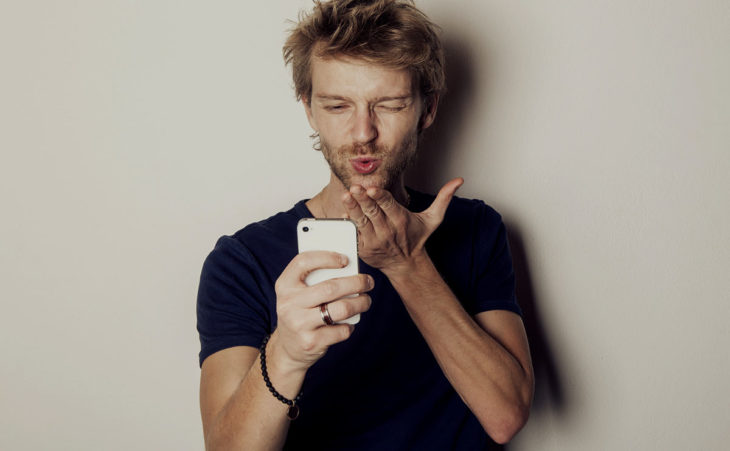 Most of the women I spoke with agreed that at least in the beginning of a relationship, the guy should make a little effort and actually eke out a phone call. Meghan, 32, says, “Otherwise it feels like a booty call kind of thing—too informal, and not enough respect.”

But bar owner/personal trainer Melody disagrees. “I have become a phone-a-phobe,” she confesses. “Calling me now is so personal and awkward. It’s like a stranger suddenly patting my butt.” Yikes! Or should I say, : – 0

Speaking of emoticons, even when they themselves use them, most women feel men should not. “I feel the same way about emoticons as I do about men wearing briefs and Day-Glo high tops,” asserted Karen, a 24-year-old journalist. “Should never, ever be done!” Thirty-three-year-old Jennifer agrees, “It’s annoying enough when girls do it, but a guy who texts with emoticons may as well be wearing a skirt.”

Everyone agreed that phone flirting is a go. “A flirty text leads to twitterpations galore,” says Megan. Jennifer, who just started seeing her new man, says, “Out of the blue at random times he will text ‘thinking of you’ and it just makes me happy.”

Though she dramatically claims texting has ruined her love life, bawdy Selina says it can be fun, within certain parameters: “The only thing texting is good for is sexy talk to rile him up while you’re on your way to meet up.” 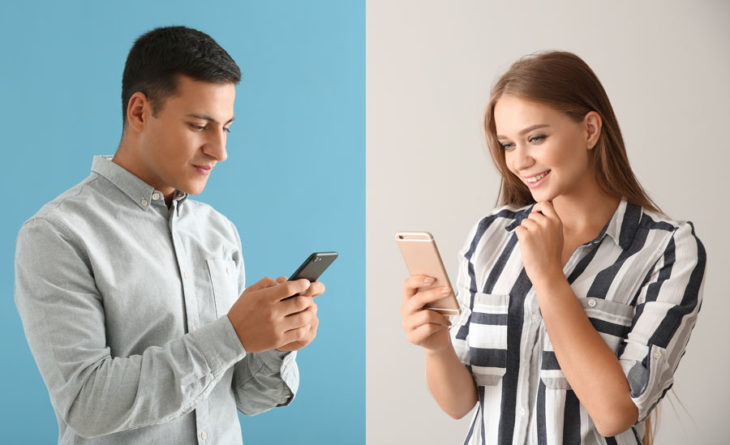 Breaking up with someone via text is so tacky and vile (I’m talking to you, John Mayer!), that I’m not going to even get into it. When giving someone the heave-ho, at least extend them the courtesy of a phone call.

The aforementioned Jane, who started this whole conversation, had one would-be boyfriend who took it a step further than a simple “UR HOT.” “We met at a bar—he was Swiss—very cute,” she giggles. “He went to the bathroom and while he was in the bathroom I got a picture message of him – with no pants on! I thought, ‘I like this guy, he’s so much fun!’”

Nothing ever happened between the two of them, but that didn’t stop him from sexting Jane more naughty photos “I always enjoyed getting them—one time he sent me a picture of himself naked, next to a Derek Jeter bobblehead!”

However, before you start sexting photos, let’s hear the rest of Jane’s story: “I have a lot of gay friends, and I’ve shown them every single photo he’s sent me,” she laughs. “Some of them came when I was out with other people—and when you get something like that, you have to share!”

Dating Don’ts: How Not To Flirt

Being the Bigger Person – Hows and Whys