If you saw Derek* and me on the streets of New York, you might have thought we were a normal couple. You might have seen us sipping cocktails at a bar with our hands intertwined, lip-locked on the sidewalk. We might have been gazing into each other’s eyes so intently that we didn’t notice you gawking and muttering, “Get a room,” under your breath. You might have seen us on the front stoop of your building, licking ice cream cones and thought that we were in love.

A friend of a mine suggested that I meet her friend’s brother, Derek, and “talk shop” since we were both writers. I checked out some of Derek’s material before our meeting – very impressive, smart and witty save the fact that it reeked of cliché “dudeness” with all that “Love is a four-letter word” and “Marriage = death” crap. “He’s totally going to be an un-evolved egomaniac,” I thought. But I was more than pleased to meet him and set him straight about women. Not every single woman is desperate to fall in love. In fact, some of us barely believe in love, ahem. When I met Derek, I wasn’t surprised that he was just as good-looking as he thought he was on the page. He was tall with perfect, rugged features, mischievous eyes, and looked suspiciously like Cary Grant in “An Affair to Remember.” Totally not my type. I like my men more flawed.

About one hour into our conversation, I realized I had totally misjudged him. Yes, he was slick and shiny, but he was also something else—really cool. “You’re way less douchey in person than I thought you would be,” I complimented. It was the liveliest, most effortless conversation I’d had with a guy in a long time. And then we got to the topic of love. 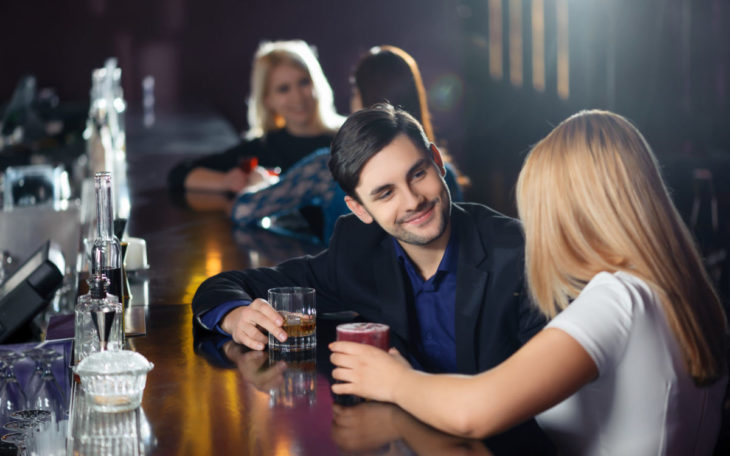 “I’m really in love with being single,” I bragged.

“Me too,” he agreed. “Love is totally overrated.”

“I’ve never been in love. I don’t think I have any feelings,” he said.

I laughed, but he didn’t join me. The man was serious. I felt a little roller coaster in my stomach. What I didn’t say to Derek is that I’m pretty sure after all the heartbreak I’ve endured that I’m not capable of feeling love either.

I changed the subject as quickly as possible and asked Derek to walk me to the subway. “Well, this was fun.” I went in for an appropriately platonic hug. To my surprise, Derek ambushed me and went in for the kill.

Our make-out session finally ended 45 minutes later to the relief of uncomfortable onlookers when a child asked his mother, “Mommy, why is that man inside that lady’s coat?” I walked away bewildered, unsteady, and seeing stars.

“To be continued,” Derek promised. Wait. What just happened?

Derek and I emailed each other all week before planning to meet again. And I began showing symptoms. I was sweating and nauseated. I couldn’t stop thinking about Derek. My food all tasted like porridge. “It’s only the stomach flu,” I told myself sternly, “pull yourself together.”  I drank Ginger ale, meditated, went jogging, and burned sage in my apartment. I only felt worse.

“Stop acting stupid, you barely know this guy,” I scolded myself. On the way to our second date, I considered not showing up, turning around and running home, and calling him and telling him I was sick. When I saw him, my symptoms multiplied. There was the laughter, the giddiness, the seeing of stardust and moonbeams. Oh no. The bar looked Technicolor. This isn’t happening!

About an hour into my faux acid trip, Derek grabbed my hand and looked into my googly eyes. “I have to tell you, er … ask you … no, tell you something,” Derek stammered and tripped over his words. “Meeting you the other night really jolted me.”

“I just respect you so much.”

“Man, I was nervous to see you tonight. I’ve been thinking about you a lot,” he gushed.

“And I really like you BUT …” The blood pounded in my ears. “Things always end badly with me and you don’t deserve to get caught up in my mess. I guess … what I’m saying is that I, er, … just don’t ever want to repeat my usual pattern with you. I just can’t do it. I’m not capable. I’m scared.” 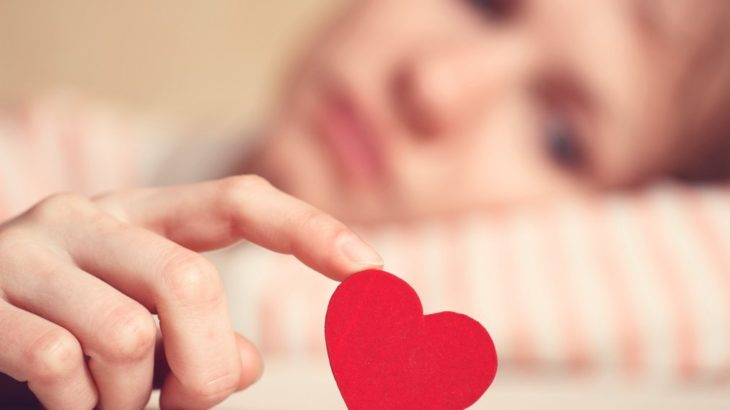 If he hadn’t just dumped me, I would have thought he was telling me that he had feelings for me, that the feelings were mutual. The fear of screwing things up, the fear of failure, the fear of being vulnerable—I felt all of that. Derek’s problem wasn’t that he had “no feelings,” it was that he had “lots of feelings” and he was way too uncomfortable to deal with them. But if he didn’t know that, it certainly wasn’t my place to point it out.

He waited for my reaction, rubbing his hands against his jeans, looking as pale as I had just a few hours ago. But I felt reinvigorated, kind of overjoyed.

“Thank you! Thanks so much for letting me know!” I hugged him and planted a big kiss on his cheek. I felt grateful. Derek had performed an act of kindness. Yes, he let me go gently, but more importantly, he helped me understand that I was still totally capable of falling for someone. Maybe it wouldn’t be him, but it would be someone else.

He looked at me confused now. “Really? You’re OK?”

“Yeah. Really! I’m fine! Well … I’m not really sure what else to say except I guess this is our last night together.”

“OK, enough of this,” I said, “Let’s get ice cream!” Somehow ice cream on a winter night seemed like the perfect way to celebrate. I grabbed Derek’s hand and we ran down the street like children.

We sat on a stoop and licked our ice cream cones until there was nothing left and our teeth were chattering. I let Derek walk me to the subway. Our steps got slower as we approached. We lingered at the last stoplight.

“Goodbye. It was so great to meet you,” he said.

“Yes … it was.” We stared into each other’s eyes and rubbed our hands together to try to warm them. We hugged one last time. A bum walked by and shouted, “Say goodbye already! You’ll see each other tomorrow. You’re in love!” We burst out laughing. 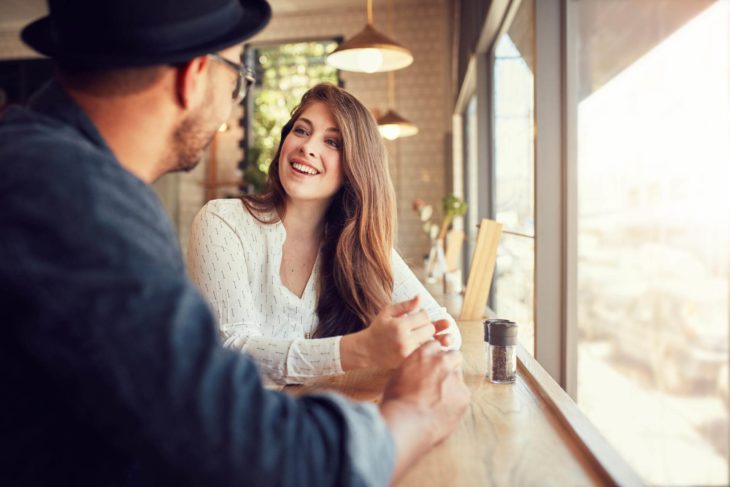