Dear Wendy: “Should I Confess I Slept With My New Friend’s Guy?”

About a month ago, I had a one-night-stand with a guy I met through some friends. Soon after, I found out that he was actually casually dating a girl I met recently through some other mutual friends. I was interested in this dude following our one-night-stand but after finding out about him and this other girl, I backed off and just decided to stay out of it. Since then, I’ve met the girl a second time and we ended up talking and hitting it off. I’m 30 and most of my friends are married and coupled up and it would be really nice to have a new single friend to hang out with — especially one I seem to have so much in common with (uh, maybe too much). Well, it turns out she has seriously strong feelings for this dude we’ve both hooked up with. From what I understand, it sounds like theirs is just a booty call/hookup situation, but she would like it to be more. Of course, I haven’t told her that I slept with him, but I felt really bad and awkward about it all. She keeps saying we should meet up for drinks and I really want to, but I wouldn’t feel comfortable withholding the truth as she frets out loud about why they’re not getting more serious, why he doesn’t call her for actual dates, etc. I don’t want her to find out eventually and be angry and hurt that I kept what I knew to myself while she went on and on about him. Do I tell her what happened between me and this dude? Keep it to myself and pray she doesn’t find out? Or avoid a friendship with her altogether even though I would really like one? — Stuck 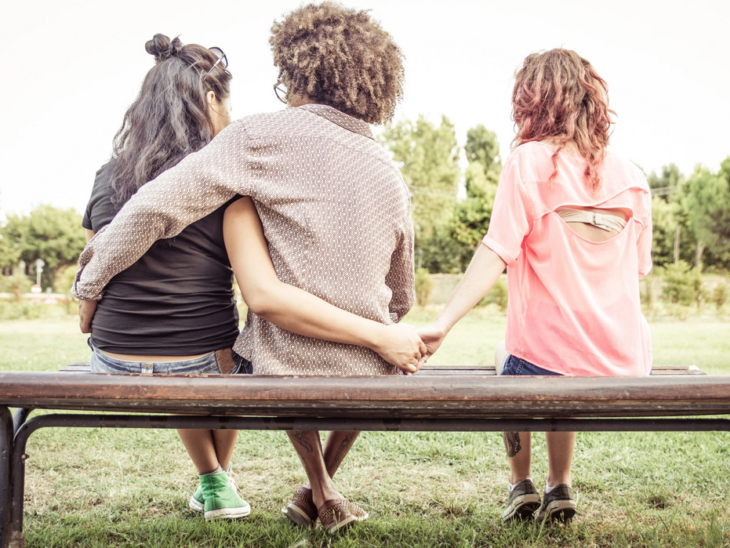 You should definitely tell your new friend you recently hooked up with this guy, and here’s why: there’s a much smaller chance your budding friendship will combust if you confess your secret now than if you keep it to yourself and it somehow gets back to her. At this point, you haven’t done anything wrong at all. You slept with a guy you had every reason to believe was totally available to you. You learned after the fact that he’s in some sort of casual relationship with someone you met only once. Still in the clear. But now that you’re becoming friends with that girl, you’re creating an opening for intentions to be misunderstood. Nip that opening in the bud and just be honest and upfront. The next time you hang out say, “Hey, there’s something I’ve been debating about telling you because I don’t want you to be hurt, but I’d also hate for you to find out later and think I was in the wrong for withholding the information. I really like hanging out with you and I hope this doesn’t jeopardize that, but a few weeks ago, before I knew you were dating him, I had a one-night stand with So-and-So. It was only the one time, and as soon as I heard about you guys, I backed off. I’m telling you because I wouldn’t want the information to somehow come between us if I didn’t.”

It will be an awkward conversation and there’s even a chance this girl may decide not to pursue a friendship with you because of the information you’re sharing, but the reason won’t be based on anything you did wrong. The outcome may suck — hopefully it won’t! — but you’ll have a clear conscience knowing you did the right thing. And because of that, you leave the door open for a friendship in the future. And let’s face it, there’s a pretty good chance things aren’t going to work out for her and this guy, right? When that happens and she realizes you had nothing to do with her relationship not working, she’ll probably want to continue pursuing a friendship with you. She’ll respect your honesty and loyalty and know you’re someone she can trust. And as hard as it is to find a good man as we get older, it’s equally — if not more — difficult to find a potential friend we click with. Hopefully, this girl will see that right away and appreciate you playing by the “sister-code.” Best case scenario: this is a bonding experience you both will be able to laugh at in a few weeks. Well, OK, maybe in a few months.