Everything You Ever Wanted To Know About Urinal Use, But Were Afraid To Ask

Can I get a show of hands for all the Sassy readers in the house? When I was in high school, getting my new issue of Sassy in the mail was the highlight of my month, and good cause to skip class so I could read every word in the park. (Sorry, mom.) So I still get a little giddy every time I see editor Christina Kelly’s byline. In this month’s issue of Vice, she’s penned an amazing piece of journalism called “Men and Urinals: An Investigation,” where she asked a bunch of dudes about their #1 behavior. After the jump, some quotes from the article that will make you wonder why guys think it’s so strange that we go to the bathroom in packs. But, seriously, go read the whole thing here.

On whether anyone ever peeks:

“The one time I did I was at the theater, and out of my peripheral vision I saw a guy pee, but then, in shaking the last drops out, he began wildly garroting his member; out of the corner of my eye, it looked like he was beating a snake against a rock. Then he’d stop and do it again. I’ve never seen someone so concerned with getting out every last drop.” 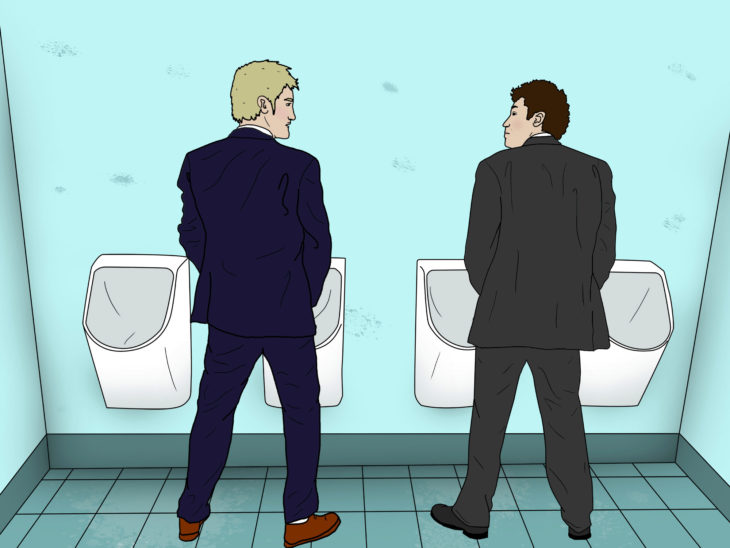 “Yes, I had a horrible experience with a urinal when I was in first grade. And I don’t think I had ever used a urinal before. I guess I got my dick out to pee in the urinal, and I got too close, and it all shot back at me. My brother had to come get me, and he had to take me home, because it looked like I peed my pants. It was very upsetting.”

On the preferred urinal:

“I love urinals that have ice cubes (or sometimes crushed ice) in them—something about the sound of it melting feels productive, stirs up Proustian memories of your mommy cheering you on way back when you were first learning to go.” 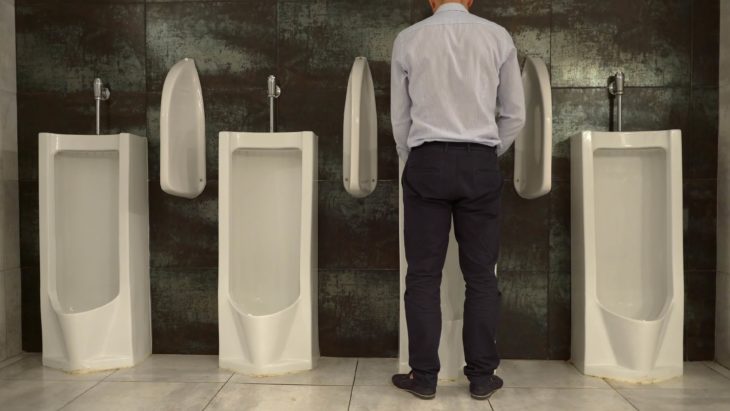 On using the urinal at work:

“When I worked at a big fashion company, I was standing there doing a wee, and all of a sudden the president comes in. He takes both of his hands, raises them up, and puts both palms open on the wall. He’s like spread-eagled, both hands high up above him, doing a pee into the urinal. I couldn’t believe it. So his dick was kind of free. And I went back to the photo studio and told everyone, and they were like, ‘Oh yeah.’ Everyone knew it.”

Seven Ways To Spice Up Sex For Under $5