As Erin already pointed out, there will be some point in your career as a twentysomething when someone will break your heart. There’s also a chance you’ll break someone’s heart. Either way, there’s a good chance that someone will be your roommate, making cutting ties an even bigger bitch than usual. Here are the dos and don’ts of breaking up with your live-in boyfriend from girls who’ve done it.

Like any other break-up, you’ve got to detox, even if that means getting rid of all your stuff and starting over! You got a nice tax return, right?

Don’t be wishy-washy: If you’re the one who decides to end it, expect him to beg you to stay and be prepared to stick with your decision. “I still loved him and didn’t want to break up, but I was miserable and felt unsettled in our relationship,” says Caroline, 28, who moved in with her boyfriend after five years of dating and moved out a year later. “He begged me not to and I really wanted to stay but I knew it needed to be done.” Staying will only prolong your misery. 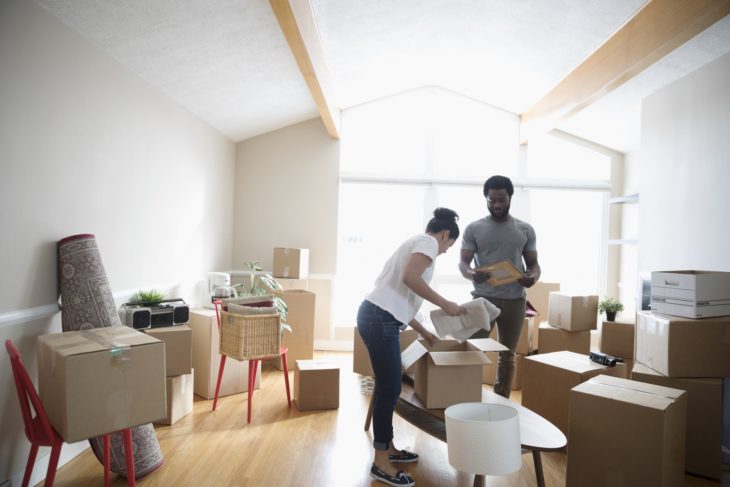 Do break your lease: The Hollywood humor that underlined Jennifer Aniston and Vince Vaughn’s relationship in The Breakup will not shine through in your situation. Trust us. “I wanted so badly to start fresh and move on but I couldn’t because every time I went home, he was there,” says Emily, 26, who was forced to spend four months sharing an apartment with her ex because neither of them had enough money to move out. Move in with your mom. Move in with your friends. Hell, move in with your friend’s mom. Just don’t continue to cohabitate!

Don’t be there when he moves out: No matter who’s keeping the apartment (maybe it’s neither of you), make sure you’re not there when he leaves or vice versa. “The whole thing was already pretty dramatic and I didn’t want to deal with it one last time,” says Jessie, 25. Being there will only spur fights about the break up or over possessions—or both!—and, at this stage, neither will be productive.

Do divide the stuff: The nicest piece of furniture you own is probably a $400 sofa from Ikea but, still, you went halfsies on it so who gets it? “I broke up with him so I let him take most of the bigger stuff we bought together,” says Heather, 25. “Even though the break up had some animosity, he recognized that I was being civil and, in return, he let me have some stuff that he knew I used or needed more than him.” 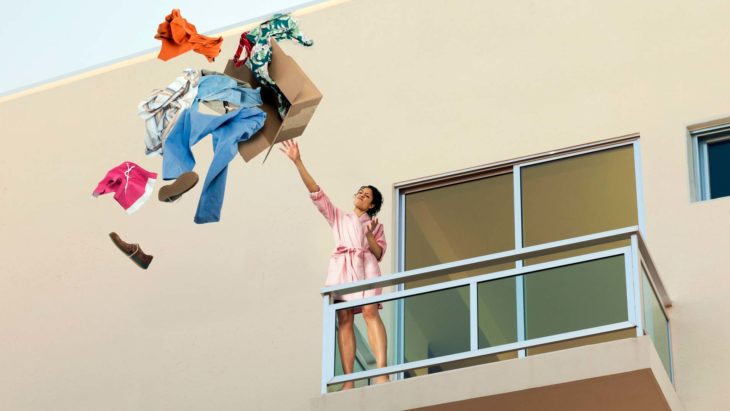 Don’t let it get you down: “I was the one who really pushed us to move in together,” says Sara, 27, who lived with her boyfriend for almost a year. “So when I decided it wasn’t working, I felt like kicking myself for even getting into that situation.” You tried something and it didn’t work. At least you realized that now before you were married and had 2.5 kids.

Do get rid of leftover evidence: After dating someone for a while there’s a lot that reminds you of him and those memories multiply after living together. “He bought our alarm clock, so for a while I would wake up every morning and look at it and think of him. It was a disaster!” says Kelsey, 25. Like any other break-up, you’ve got to detox, even if that means getting rid of all your stuff and starting over! You got a nice tax return, right?

Don’t be afraid to do it again: Just because it ends badly once doesn’t mean it will end badly the next time. But do make sure you’re doing it for the right reasons. “I loved the idea of moving in together but it came to be more about the money we’d save on rent than anything else,” says Zoe, 25, who was about to fill out her change of address card just six months of dating. Before you commit, think back to all the reasons it didn’t work the last time and decide if any of those factors will reoccur with your new guy.

First Time For Everything: Dating A Grandfather

First Time For Everything: Dating A Good Guy

6 Benefits of Selling Your Home to a...