Seven years ago, I was doing an internship in Mexico and attempting proficiency in Spanish. One night at a club with some friends, I nearly broke my face after slipping on the booze-soaked floor. Had I been with English-speaking friends, I would have dusted myself off and uttered with a sly smile, “Well, that was embarrassing.” Instead, I looked at my Mexican buds and pooed a clumsy “Estoy embarazada.” Their jaws dropped. I’d forgotten for a moment that “embarazada” does not mean “embarrassed.” It means “pregnant.”

It’s hard to be cool in your second language. But it’s even harder to be sexy.

I dated a handsome, punk-ish Mexican guy for two months during that trip, and once while making out in his Nissan, I gave him the throatiest “Me gustas” (“I like you”/ “I’m into you and I want to rip your clothes off”) I could muster. My grammar was correct; I think my accent was fine; and even the verb’s sexual connotation (when used to reference a person) was on the money. He totally laughed in my face. 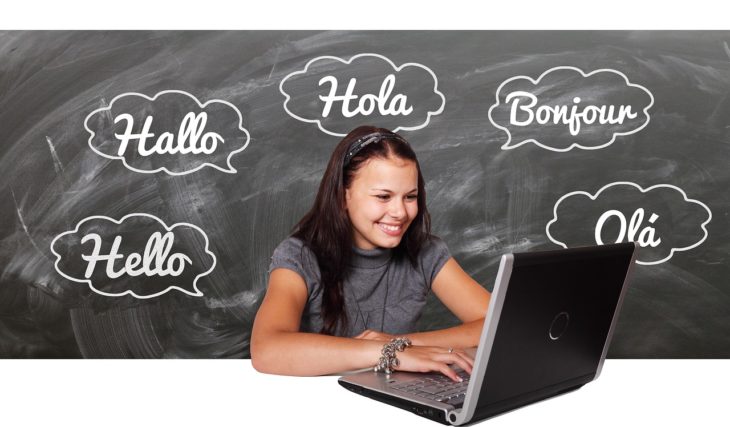 Image by Gerd Altmann from Pixabay

I later went on to teach Spanish in grad school, and my students would often ask me why native Spanish speakers couldn’t understand them, even when their grammar was perfect and accent not half bad. Rather than go into the complexities of semantics—something I barely understand—I would tell them that we just sounded weird. Even now, after having worked in Spain for a year and reaching a level of bilingualism that landed me my first job in NYC, I would still probably sound like a weirdo if I were back in that Nissan. In fact, it would probably take me another 10 years abroad to not sound at least a little off.

This is why I always thought it’d be impossible to seriously date someone with whom I didn’t share an equal level of fluency in at least one language. Idiomatic intimacy is important to me. I’m a writer. I like my conversations snappy and tangled with random references. I am also incredibly impatient.

But eight months ago I met this guy from Paris who lives in New York. He was wicked smart and beautiful and treated me like a goddess. He also said things like, “Where iz zee restaurant? I’m so hungry I might pass away.” Hmm. I figured we’d make sweet love a few times and move on. One date turned into 10, though, and now he’s my boyfriend. Never in a million years did I think it would work out so well. Here’s why.

Cock. Say it out loud with me now: cock. It sounds kinda icky to American ears, doesn’t it? To my boyfriend, it’s just a regular old word for penis that can be used in the most innocuous of declarative sentences. For example, “A circumcised cock no longer has foreskin.” It makes me simultaneously cringe and crack up when he says things like that. Speaking of “that,” “that” and “this” are often interchanged at the wrong moments, which confuses situations like, say, trying to point someone out at a noisy bar. And then there are the text messages. Instead of ironically placed periods and commas, text messages are now laced with exclamation points and winky faces. Gross, right? But I kind of love it. 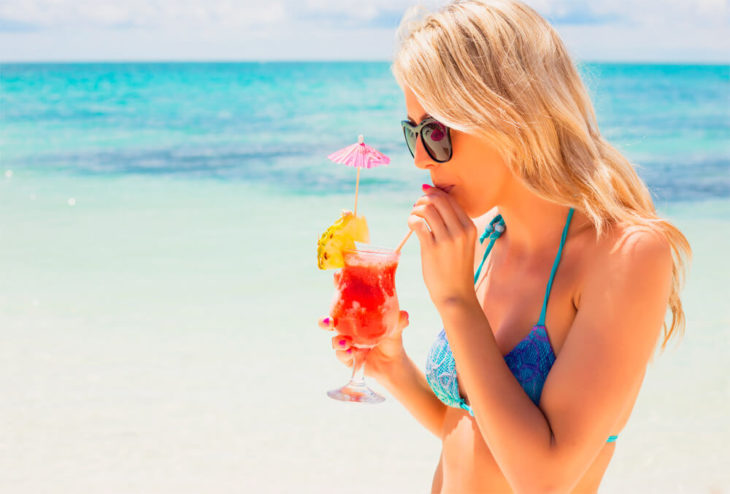 Even if you’re fluent, the fuzz that separates you from your second language makes it hard to really feel the nuances of a language you weren’t born with. When I was in Mexico, my guy friends would always say, “No mames,” which basically means, “No way.” Trying to sound colloquial, I’d say it, and they’d look at me with the “you-so-crazy-gringa” eyes. That’s because from my mouth, it probably sounded more like its literal translation, which is essentially, “Quit suckling your mother’s nipple.”

Things that are meant to sound soft sound hard, and vice versa. But this subtle language barrier is also kind of awesome for my bf and me. Since we have to be more direct than I’m used to, it’s turned into a very honest relationship. There’s nothing ironic about it, in fact, and there’s no more word-dancing around the things I need and want from a relationship. Sexy time is über sexy (that language-separating fuzz does wonders for letting go of dirty-talk inhibitions). Most importantly, we really listen to each other, and we really laugh about our blunders. His skin is thick—he even let me start a Twitter feed of all the random stuff he says. And for every ridiculous-sounding phrase, he says a handful of sentences with in-your-face sweetness the likes of which I’d never heard before. Those ones are just for me, though, and not for sharing.

Pretty soon, I’ll be the one under the microscope—I’m learning French.

Editor’s Note: So, I created the image above and came up with the text with the help of apparently unremarkable Babblefish. To clarify, the fake French dude is supposed to be saying, “You are an amazing woman,” but apparently I got it slightly wrong. Whatevs. You get the point. CARRY ON!