Is It Her Rape Fantasy Or His?

In an essay published on Nerve.com, Matt Morse writes about the time he roofied his wife to save their marriage. “Roofie” is the slang term for Rohypnol, commonly known as the date rape drug. Before getting married, Morse and his wife had an adventurous sex life filled with role-play, but after marriage, he writes, “our fantasies would have to be safe, like the rest of our over-insured suburban existence.”

Before she requested that he participate in her date rape fantasy, Morse and his wife hadn’t had sex in three years. When she proposed the fantasy, Morse doesn’t even blink, his mind immediately wandering to cover the details. 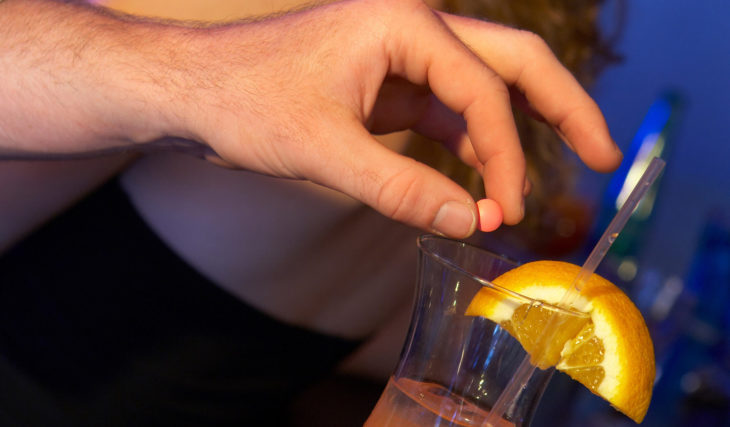 “To drug and abduct my wife — but which drug? Television seems to have convinced her that date-rape concoctions are ubiquitous, as if I could just run to the nearest GNC or have a box overnighted from a website in Mexico. The latter might be true, but I’d prefer not to add my name to any FBI lists. So while she’s in the bedroom, I rifle through the medicine cabinet and find a stash of giant pink pills — some sort of narcotic from the dentist — and throw a small handful into the coffee grinder. Decisions, decisions. My costume, my fake name, my fake identity — there is so much that has to be just right. Konked-out victim? Her part is child’s play. I’ll be the one who has to drive the conversation and strike the proper balance between charming and sinister, all the while maintaining some sort of backchannel of actual attraction. I douse myself in aftershave and begin humming the jingle, or what I remember of it. “There’s something about an Aqua Velva man.” Oh yes, there is: He drugs strange woman and drags them back to his lair.

While this story initially suggests that the rape fantasy is hers, one that he has to partake in order to “save” their sexless marriage, I think it’s more his fantasy than hers. His lack of hesitation about participating in a sexual scenario that’s based on violating his wife, not to mention his immediate mental brainstorming session, makes it clear that his participation doesn’t require convincing. But perhaps that’s the point—in her fantasy, he has the control. 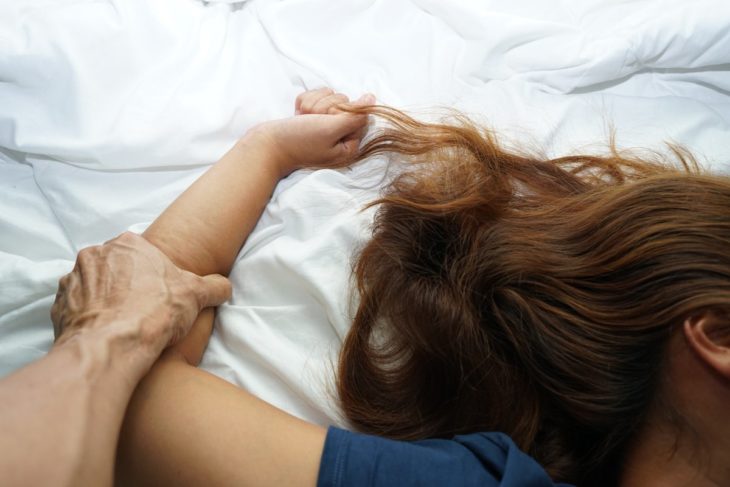 I’ve always tried to be very non-judgmental about what gets people off in the privacy and safety of their own home, between consensual partners. Clearly, Morse and his wife participated in this rape fantasy willingly, thereby making it about as close to real rape as ANY consensual sexual encounter. Frankly, I can’t understand the appeal, nor the desire to play that much of a victim role during sex—but then again, I like a lil’ spanking, and some might find that reprehensible.

But the crux of Morse’s belief is that it’s okay to “rape” his wife, because it’s a shared fantasy—that the fact that he has his own rape fantasy makes participating in hers okay. The idea is that you should never do anything in bed that you’re not comfortable with, but I can’t help but feel that this is the exception to the rule. If I had a rape fantasy about being violated by someone pretending to be a stranger, I wouldn’t want it to include someone I loved, who had a fantasy of victimizing me.

Tracie Egan, who writes for Jezebel, once wrote a story for Vice, called “One Rape Please (To Go)” about her own date rape fantasy, if which she paid (or tried to pay, as the experience didn’t actually come to fruition) a male prostitute to date rape her. While I thought the story was fascinating to read, the problem I had with it was that I didn’t think Egan—or for that matter Morse—illuminated the difference between a rape fantasy and actual rape or came to the conclusion that acting out a rape fantasy is not the same as actually being raped.

Kamilla Rodrigues Almeida Reveals the Secret Behind Her Famous Beauty