Mind Of Man: First Dates Are The Worst, Am I Right? Seriously? Am I Right?

I think “tapas” is actually Spanish for “Hey, these people will spend a lot of money to eat small portions of food off of tiny plates.” The whole idea of “tapas” was probably invented in the ‘70s as a way to fleece English-speaking tourists who found appetizers sold as entrees charming and rustic. I hate going to tapas places on first dates. Because a dinner date is still dinner. I’m hungry. I have to order five or six tapas to make a meal and then the plates crowd the table and I look like a pig because those there are only two of those ridiculously tiny sausages and I ate them. But it’s not like I don’t raise my eyebrows and nod at the tiny sausages, which is the universal sign for “have a tiny sausage.” I am generous. I offer food from my plate to those with whom I am breaking proverbial bread. There is nothing stopping a certain dinner companion from also ordering five or six tapas, including the tiny sausage tapas, instead of just having what looks like a sprig of the Jolly Green Giant’s pubic hair.

Damn tapas. Damn tiny sausages. Damn social awkwardness. First dates are the worst. But who am I kidding? I’m not going on any first dates.

I’m not going on any dates actually. At all. I am free, like a pretty pterodactyl. Will I ever find love? You know, maybe love hides for a reason, you ever think of that? Love might be the brown recluse spider of human emotions and what we think is the rapture of affection is, in fact, a venomous bite. That fluttering heart might be a heart attack. So, I am not looking for love.

What good has love ever done the world? Huh? Answer me, moon-eyed romance peddler! What has love ever done for me or for any of the other naked monkeys with opposable thumbs that I ride the train with into work every morning? Besides providing fleeting moments of mercy and grace and brief realizations that suffering is the common chain that weights all of humanity and only brave acts of total forgiveness can, in turn, free us from that sorry bondage? Phooey! 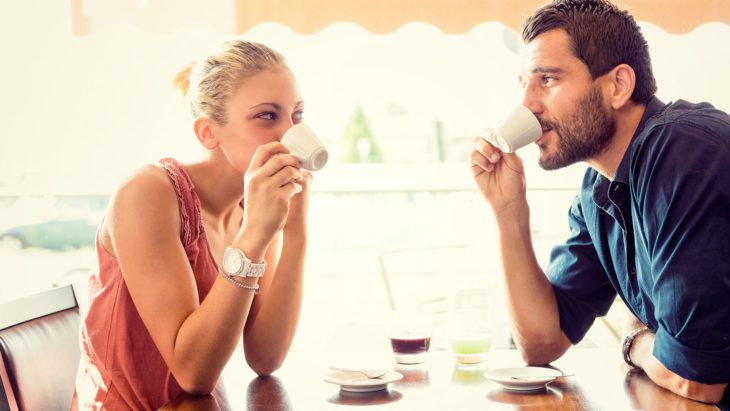 Dating is like a job interview for a prison cell. If that’s not bad enough, dating has too many rules. There are too many ways to lose. Wear a clean shirt. Express interest in another human being. Stop being, for a few hours, singularly obsessed with your own petty ambitions and boring pleasures. Apparently, it’s rude to have an erection during a date. Or, at least, to talk about it. Which is bogus. Bogus to the max. My erection is my body’s very own rainbow.

So there. Read this and weep, ladies. I am off the market. If I want sex, I will call one of you. BUT I WILL ONLY RING ONCE. Because my sexual fury is an opportunity. I won’t text you. No, no, no. I don’t “text” my jungle urges. You’ll be sitting in your PJs reading, I don’t know, some book about a woman who overcomes an obstacle like every other single person on this planet and I will telepathically fax you an invitation to play naked Tetris. If you fail to pick up the phone or read my mind, then good luck with life. I have other options.

Pretty much, if I want to get laid, I will just saunter over to a bar, and vampire f**k stare at one of you bunnies. You will come back to my apartment. I will 4th of July you, possibly on all fours or in my latex hammock and the mighty song of my legend will be sung until our empire falls.

This might be hard to read. But it’s the truth. I. Am. Not. Dating. It’s a political statement. I’m not dating! It’s a choice! Dating is a breeding game invented by the capitalistic machine. We date, we promise to pull out, we don’t, and then more consumers are born and more breath mints, fancy shampoos and tapas are sold. I’m also not dating because I care about the Earth. Do you think the Earth likes it when you pluck a flower? How about millions and millions of beautiful flowers? Try pulling out a nose hair. How does that feel? Hurts, don’t it? Plus, all those future workers that are the mandated endgame of dating? They’re basically locusts. Our fragile planet doesn’t have the resources to support all these creatures.

What I’m saying is I’m better than you. All of you. Because I don’t date. I’m a zen master who has complete control over his heart.

Every time I see one of those online dating ads on TV featuring really attractive people smiling and acting all in love, I soul barf. Those Play-doh androids don’t look happy. They look heavily medicated. Relieved to be finished with one game, dating, and ready to pursue the game I like to call the slow, dark slog to oblivion. There’s that one commercial for the dating site invented by a cheery white haired doctor of total bulls**t? The dating site that promises to connect living saints with angels? Yeah, that doctor guy looks like he has a dungeon where bad things happen. Whatever. I refuse to date online because dating online is like looking for an apartment online. An online dating profile is like a real estate listing on Craigslist. Sure, the place looks spacious, with plenty of natural light, but when you get there, you realize that the kitchen sink and the toilet are the same thing and the natural light is the glare from the 50 inch plasma screen in the high-rise condo that was just built right in front of your only window.

Ha! Dating! Don’t try to convince me otherwise. Don’t try to Tweet your undying love at me. Don’t friend me on Facebook and write me long letters dripping with despair and desire, which I call despire. Don’t do it. Have some self-respect, women. This man shop is closed for business. We can be friends, but I am now an emotional minimalist. It’s called discipline.

This is a decision that brings me nothing but unmitigated joy. I am not dating. I will die alone. Which is something I’m really looking forward to, believe me. I’m a lone wolf. A one-man army. I don’t need the baggage of a partner who will share my happiness and soothe my sorrows. This Han Solo doesn’t need a Chewbacca, if Chewbacca was a woman who was into fantasy fiction, Trivial Pursuit and movie popcorn. There are just too many perks being single, frankly. I can squeeze all of the toothpaste out into a coiled pile and just stick my brush into the mess when I want. I can wear whatever I want around the house—very tighty semi-whiteys, cheesecloth, just heels. I can masturbate in the middle of my living room floor and I can use any lubricant I want! Canola oil? Nutella? The hair conditioner I don’t use anymore because I wash myself with a sponge I tied to a Swiffer duster while standing over a bucket of water? All three? While I crank it to “True Blood”? Yes, King John! Then I can roll over and watch 40 years of “Dr. Who” all day and night and eat Hamburger Helper out of the skillet with a plastic spork because I threw all my utensils away because no one comes over to my apartment so what’s the point.

I’m not dating because I hate tapas. Sushi would have been a smarter choice. I’m an ace with chopsticks.